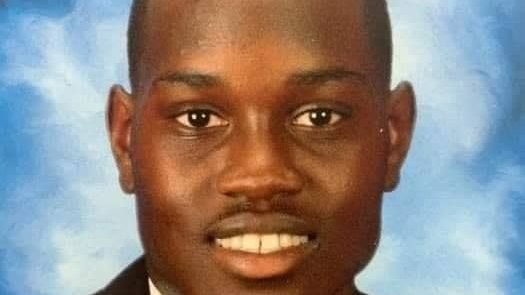 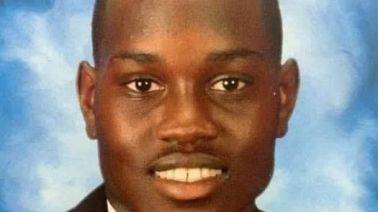 The mother of Ahmaud Arbery is speaking out following disparaging comments made about her son by a defense attorney representing one of the men charged with his death.

During closing arguments for Arbery’s murder trial on Nov. 22, attorney Laura Hogue, who represents Gregory McMichael, one of the three men charged with murdering the 25-year-old jogger, claimed that the victim caused his own death.

“Turning Ahmaud Arbery into a victim after the choices that he made, does not reflect the reality of what brought Ahmaud Arbery to Satilla Shores in his khaki shorts,” Hogue told the courtroom right before insulting Arbery for having “no socks to cover his long, dirty toenails,” according to Revolt TV noted.

During a press conference on the steps of the courthouse, Arbery’s mother, Wanda Cooper-Jones, called Hogue’s comments “beyond rude,” Revolt TV reported.

“Regardless of what kind of toenails he had, what size legs he had, that was still my son, and my son actually was running for his life in that description. I thought that was just flat out just rude.” Ahmaud’s father, Marcus Arbery Sr., echoed a similar sentiment. “It’s just wrong. So, the way that they tried to characterize his name…it is just really hurting to his mom and me.”

CNN noted that Cooper-Jones immediately left the courtroom following the nasty remarks. “I gotta get out of here,” she reportedly said.

The distraught mother later touched on why her core was shaken by the vicious insult during an interview with CNN’s John Berman on AC 360.

“I thought it was very, very rude to talk about his long, dirty toenails and to totally neglect that my son had a huge hole in his chest when he was shot with that shotgun,”she said adding that the defense was attempting to do anything to assault Arbery’s character because they “don’t have the proper evidence to get a conviction.”

Watch a snippet from Cooper-Jones’ interview with John Berman below.
Civil rights defense attorney Charles Coleman Jr. told CNN’s Pamela Brown on The Lead With Jake Tapper, that he believes Hogue took the opportunity to paint Arbery in a disparaging light in order to “trigger tropes and stereotypes that may be deeply embedded in the psyche of some of the jurors.” Glynn County, Georgia, where the trial is currently being held, is made up of 69 percent white residents and 27 percent Blacks. Only one of the 12 jurors is reportedly Black in the trial, CNN noted.
Gregory McMichael, his son Travis McMichael and William “Roddie” Bryan each face nine criminal counts of felony murder, aggravated assault, and false imprisonment charges for killing Arbery as he jogged through Georgia’s Satilla Shores neighborhood in February 2020.