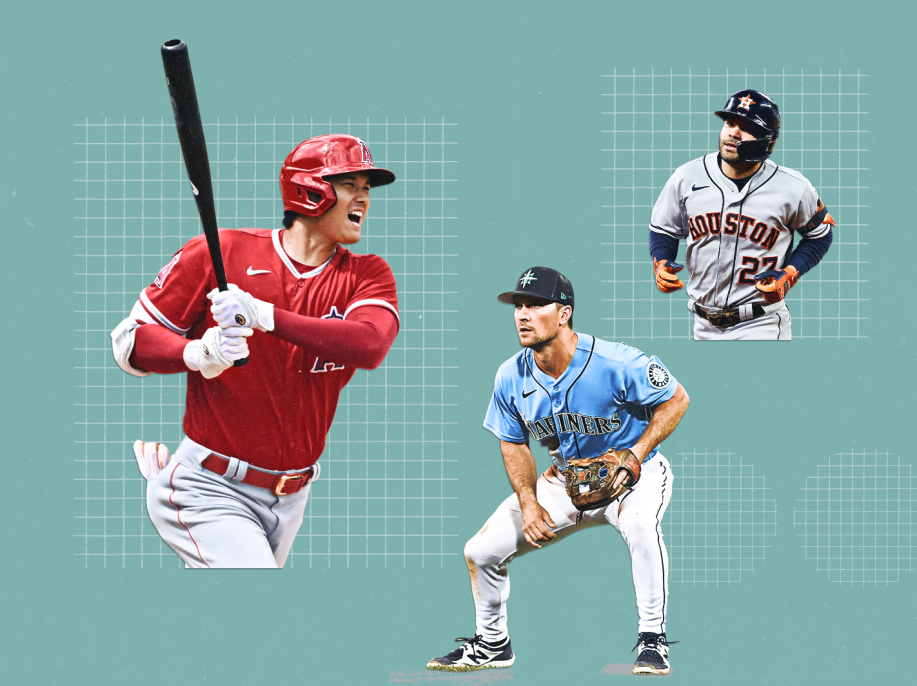 AL West Preview: The Mariners And Angels Are (Maybe) Coming For The Astros’ Crown

In honor of the 2022 Major League Baseball season, which starts April 7 — and is actually a thing! — FiveThirtyEight will be focusing our attention on the most intriguing team (or in this case, teams) in each division. Today we take a look at the American League West, which has mostly belonged to the Astros of late but could be due for an unfamiliar champion this season.

Wondering whether the Houston Astros would be good again without the trash cans heard ’round the baseball world? That’s so 2020.36 Last year, Houston picked up where it left off before the cheating scandal — winning 95 games, capturing the AL West for the fourth time in the past five years and going back to the World Series. According to the blend of projections we use to set preseason Elo ratings,37 the Astros remain in the driver’s seat for the division in 2022, with the fifth-best talent forecast of any team in MLB.

That doesn’t mean Houston’s reign will go unchallenged, however. While the Oakland A’s are selling off everything that isn’t bolted down and the new-and-improved Texas Rangers may not be quite ready to contend, there are two teams sitting at least within striking distance of the Astros in the projections — and each is coming at Houston along a very different trajectory.

The Seattle Mariners were last year’s most lovable overachievers, defying the projections (and their own negative-51 run differential)38 to post 90 wins and finish just two games shy of making the playoffs for the first time since 2001. Along the way, Seattle gave its fans some indelible moments — like a mammoth 7-0 comeback against the Astros in July and 11 total come-from-behind wins in the final month of the season, tied for the most in MLB.

It’s true, but perhaps also trite, to say that teams like the 2021 Mariners — which live on high-wire comebacks and win more than the stats say they “should” — usually fall back to earth the following season. Seattle’s attempt to build off that surprising success was always going to encounter a lot of gravity. But you also have to credit the Mariners for pushing through. The team was among the more active free-agent spenders of the offseason (mainly for signing starting pitcher Robbie Ray to a five-year, $115 million contract), and it swung trades to add new starters at second base (Adam Frazier), third base (Eugenio Suárez, replacing the retired Kyle Seager) and designated hitter (Jesse Winker, who can also play outfield). Overall, Seattle ranked sixth in net 2021 wins above replacement39 added this past offseason, and third in the AL.

Will that be enough to offset the inevitable regression waiting for a club that exceeded its Pythagorean record by 14 wins last season, by far the most of any team in baseball? The composite of forecasts above says Seattle will probably look more like a .500 team than a serious playoff contender. (Remember, even in an expanded 12-team postseason field, it will likely take 86 or 87 wins to make the playoffs on average — and last year’s AL would have required even more than that.) But the Mariners have plenty of experience exceeding those kinds of expectations, so we’ll see if they can do it again.

At the opposite end of the spectrum are the Los Angeles Angels, which have had far too much experience in underachieving over the past decade. Despite possessing not one but now two generational players — Mike Trout and Shohei Ohtani — plus spending the fifth-most dollars on payroll of any franchise since 2010, the Angels have only one playoff appearance and three playoff games (all losses) to show for it during that span. In recent history, it’s difficult to imagine a team that has done less with more over a sustained period than these Angels.

Last year, Los Angeles posted its sixth consecutive sub-.500 campaign even as Ohtani produced a two-way season for the ages. The reasons were myriad: Trout and Anthony Rendon played just 94 games combined, most of the other supporting talent flopped,40 the offense scored nearly a half-run less per game than in 2020, the defense ranked among MLB’s worst, and the team went 32-41 in the second half of the season after sitting a game over .500 heading into the All-Star break.

It might be fair to call all of this a disaster, except that would imply something out of the ordinary had occurred. Instead, the Angels simply did what they always find a way to do. (Or not do.) Maybe the real failure is that our fancy projections and forecasts consistently expect more from this team than it has delivered.

And yet, the models do stubbornly see potential in this year’s roster. L.A. made moves to address several of its shortcomings (it actually outspent every division rival in free agency except Texas), with a notable focus on improving its perennially suspect pitching staff. If Trout and Rendon stay in the lineup — both seem to have put their 2021 injuries behind them — and the team’s overall health improves from last year’s 30th-place ranking in salary lost to the injury list, the Angels could outpace the Mariners and even do battle with the Astros.

But we’ve heard that story about the Angels for a while now, and still this team always comes with unexpected downsides. Even if they get healthier seasons from Trout and Rendon, for instance, there’s the very real possibility that Ohtani does not repeat his once-in-a-lifetime performance of a year ago. L.A.’s high ceiling makes it as tantalizing a pick as ever, but its wide range of possible outcomes mirrors Seattle’s in many ways. That means we may not know for a while which team — if either — is ultimately equipped to challenge the Astros’ command of the division this season.

AL West Preview: The Mariners And Angels Are (Maybe) Coming For The Astros’ Crown