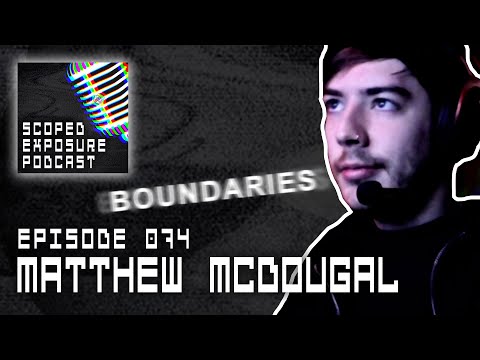 If you know me, you know that I love me some 2008 sounding metalcore. I have been wanting a band to incorporate that sound back into their music now because the riffs and the ambiance of the metalcore back in 2008 is so technical and precise. It makes for a beautiful and heavy sound. Well, Butcher Crew, Boundaries did just that on their most recent album, Your Receding Warmth. It was released on November 13, 2020, and I have literally been listening to it all day, every single day since it dropped. By far, one of my favorite releases of 2020.

Boundaries has released 2 albums and one EP: Hartford County Misery in 2017 (one of my all-time favorites), My Body in Bloom (EP) in 2019, and now in 2020, they have released Your Receding Warmth. The band has progressed since their first two releases. They are known for their use of panic chords and breakdowns, and although the band does use these styles in their recent release, they evolved their sound and use more of a fast-picked thrash riff, to melodic riffs that sound as if they are from the early 2000s metalcore. These sounds can be heard throughout the entire album, and I love it.

Although each song contains heavy breakdowns and melodic metalcore riffs, each song is different in their own way. Whether that be tempo changes, lower vocals, or heavier riffs, each song contains something different and is different from the rest of the songs. This album has a great blend of hardcore, melodic metalcore, noisy pastiche aesthetic, along with lyrical content to create an atmosphere of anger and anxiety around the music. You can practically feel the emotions that are involved within each song, and the breakdowns just make the song 10 times better. You can’t help but move around. Boundaries know when to deliver beatings but also groove.

Boundaries released a statement about the album on Instagram and the meaning behind it. I think their statement describes the album beautifully. They stated that:

“The record is a vulnerable representation and understanding that things you depend on will start to disappear and whether you’re ready or not, you will have to adjust and find a way to keep going. Your Receding Warmth is a reference to life being less and less forgiving and helpful to those who need help and forgiveness. At the end of the day, it’s all ‘sink or swim.’”

I think the band described the album perfectly. This album is an absolute ass whoopin’. Each song is dark and eerie in its own way. Songs like “My Strength” and “Behind the Bend” Matt (their singer) talks above the music and it has this eerie sound to it. The lyrics in this album are awesome and you can really feel the emotions that Matt is talking about.

I watched an interview with Matt on the Scoped Exposure Podcast, and they discussed the making of Your Receding Warmth. Matt said that the band gets together and they first talk about how they want the song to sound, what emotion they want the song to have, and what styles they want to incorporate. I find that really interesting that they start with an idea before they start to jam. Matt also stated that he has journals that he keeps that contains his lyrics. These journals date back to his teens and he goes through them and grabs lyrics and ideas for songs. Matt recommends listening to the album in order because each song was written with an emotion and intent that they had while writing that song. I have done this every time that I listened to the album and it really does capture the emotion of the whole thing. The last song, “From the Departed, Dearer or Otherwise” is a monologue that gives me chills every time. It incorporates all of the titles of the songs on the album and has a very strong message. It was a great way to end the record.

This is tough because I literally love each and every song on this album. When I listen to the record, I always think “no, this song is my favorite song.” So, it’s hard to say which ones stand out to me. Each song has a meaning and each song is good and awesome in its own way.

But if I had to choose my favorite songs that really get me moving and jamming out, they have to be: Behind the Bend, Written and Rephrased, Fade Away, and Get Out.

What did you think about Boundaries’, Your Receding Warmth? What are some of your favorite songs?