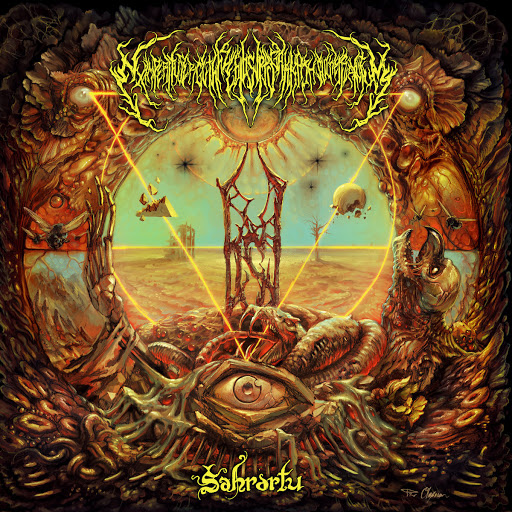 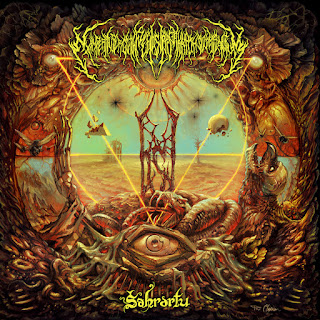 Minsk, Belarus can't be an easy place to reside- so Eximperitus(abbreviated from Eximperituserqethhzebibšiptugakkathšulweliarzaxułum) have clearly decided to do the only thing that any outsider would do: form a death metal band and release dark and original music. The themes here are actually middle eastern- not rooted in Russian or European folklore at all.

There are further surprises in store, namely the pacing. This is not like US tech-death. It's surprisingly slow and deliberate with a rather downbeat vibe to the riffing and even a black metal feel to some of the melodies. The riffing is pretty deathly- just slower than you might expect- and the drums of course take on blast beats as well as doom pacing.

If that sounds intriguing to you, I definitely recommend checking this one out. At six tracks of varying length (3.5 mins to over 10 mins) the album isn't an exercise in endurance either. As usual with the death metal genre, a little can go a long way. If you want speed try “Tahâdu”for size, if you want that lumbering death/doom feel then try the opening title track or mix all three with “Anhûtu”.

There are some great passages of music here and the record itself is pretty unusual; yes, Nile or Melechesh could be lazy comparisons- even if they are valid, thematically speaking- but this stands on its own convincingly. If you enjoy any of the bands mentioned and/or if you fancy trying some different death metal, then this is one for your listening pleasure.  Give Exemperitusa try.