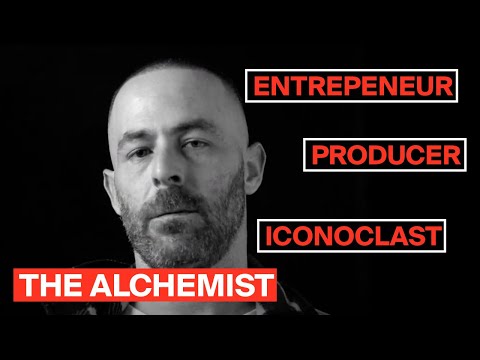 In a career-spanning interview, Alchemist credits the 1988 producer and his pioneering label with providing the blueprint for independent music releases.

Like any producer that’s managed to remain relevant and innovative decades into their careers, Alchemist is keenly aware of just how many points of entry his catalog has accumulated over the years. There’s the “under the wings of Cypress Hill” era, the Whooliganz’ failure to launch, the Mobb Deep years, the “We Gonna Make It” moment, the “Rap Camp” run, and then, of course, the last seven to ten years of fitting an entirely new vanguard with cut-to-order heat.

The current phase — beginning in the early-2010s or so — has been characterized not just by a pivot in the producer’s sound, but also in his entire approach to releasing music as an independent producer, pairing projects with limited-edition merch, vinyl packages, and bundles under his own ALC Records banner. And now we know how he got there. In a career-spanning interview with Noah Callahan-Bever’s IDEA GENERATION, the producer reveals how Knxwledge and Stones Throw Records inspired him to open a pipeline to his fans. “I give a lot of credit to Knxwledge, one of my favorite producers and one of my best friends,” Alchemist tells the show’s host. “He would play me shit all the time and he had his Bandcamp page,” the producer recounts, explaining how he was entirely unaware of the artist-friendly streamer before Knxw put him on. “It’d just be like 50 artworks of album covers,” Alc continues, noting how revolutionary it was to see a producer determine their own value and develop a more direct connection with fans. The producer also recalls being inspired by Knxw’s venerable label, Stones Throw, and how each of their releases were an expression of Peanut Butter Wolf‘s wildly eclectic taste. Alc tips his hat to Curren$y as well, explaining how the NOLA rapper forced him to thoroughly rethink his business model with the release of Covert Coupe, a 2011 collaborative album that was bundled in a small-batch capsule collection.

Elsewhere in the chat, Alc reflects on each era of his career, how Jadakiss wound up with “We Gonna Make It” because Nas and JAY-Z passed on it, which producers (and rappers) he was imitating early in his development, and why there’s no better time to be an independent musician.

Watch the full interview below.

The post Alchemist Reveals How Knxwledge and Stones Throw Records Inspired Him to Break Free of The Rap Machine appeared first on Okayplayer.