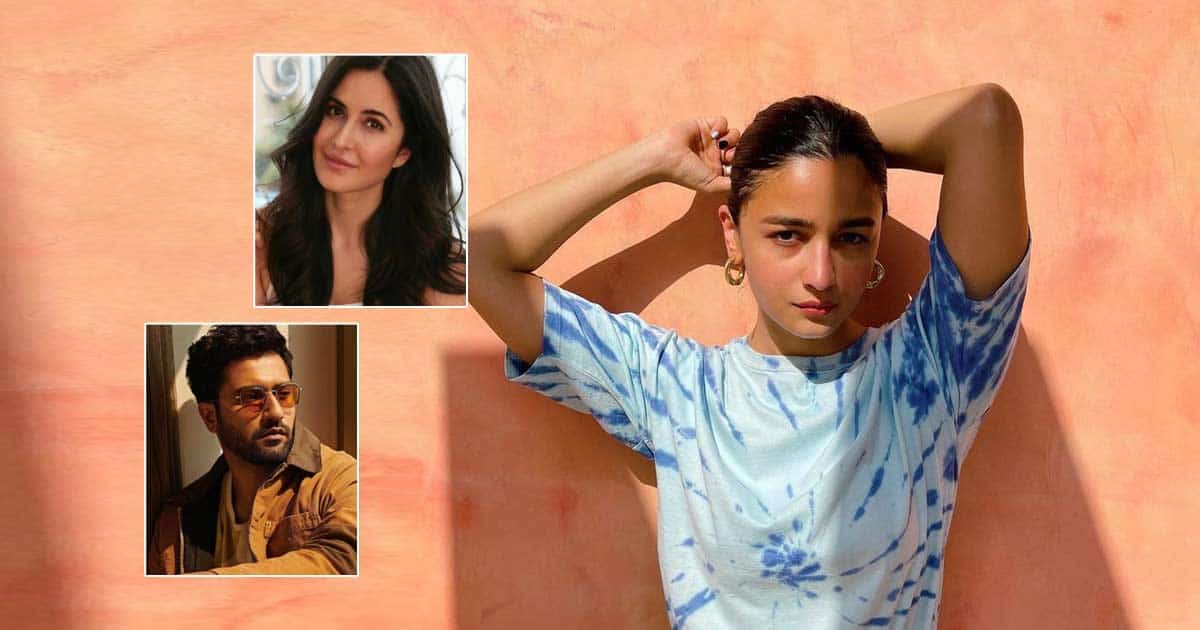 Katrina Kaif and Vicky Kaushal’s wedding festivities are underway in Sawai Madhopur’s Six Senses Fort Barwara and fans are desperately waiting to get a glimpse of the bride and groom. Amid everything, Alia Bhatt who was spotted in the city yesterday got mercilessly trolled over not attending the VicKat wedding. Scroll below to read the scoop.

Katrina and Alia happen to be really good friends and their public sightings have been proof of the same.

The reason why Alia Bhatt was mercilessly trolled for not attending Vicky Kaushal and Katrina Kaif’s wedding is because Katrina and Alia’s rumoured boyfriend Ranbir Kapoor were in an alleged relationship with each other for a brief period of time.

Post Ranbir Kapoor’s breakup with Katrina Kaif, the actor started making headlines with Alia Bhatt and hence why the beauty is getting trolled brutally on social media.

Viral Bhayani shared a picture of Alia on his Instagram handle and soon fans started reacting to it. Take a look at it here:

That’s one pretty picture of Alia Bhatt, we must say. She never misses an opportunity to give us style goals with her chic outfits.

What are your thoughts on trolls targeting Alia Bhatt for not attending Katrina Kaif and Vicky Kaushal’s wedding? Tell us in the comments below.

Must Read: When Akshay Kumar Made Comments On ‘Male DNA’: “It Is Composed Such That He Will Stare At A Woman”