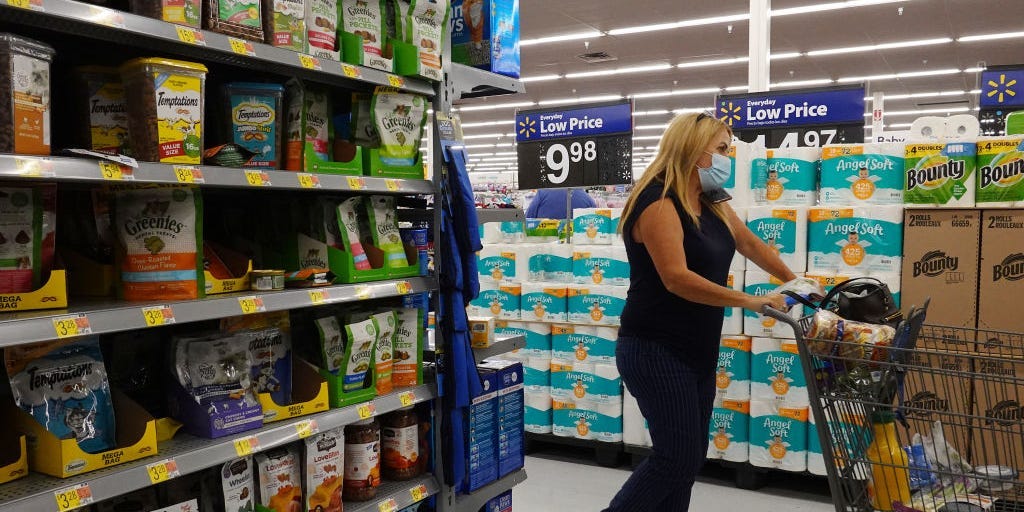 Americans' spending at stores and restaurants took a step back in November as virus case counts soared higher and inflation ate away at households' earnings.

Retail sales rose 0.3% to a record $639.8 billion last month, the Census Bureau said Wednesday. That came in well below the consensus forecast of a 0.8% jump from economists surveyed by Bloomberg. The print also marks a major deceleration from the 1.8% growth seen in October.

October's spending sum was unrevised from $638.2 billion, according to the report.

While consumer spending remains one of the bright spots of the recovery, November offered its fair share of headwinds. The supply-chain crisis continued to ensnare the economy, leaving businesses struggling to shore up inventories. That helped drive inflation to a year-over-year rate of 6.8% last month, its fastest pace since 1982.

The Wednesday report suggests inflation and virus fears are weighing on Americans' spending sprees. The November gain is the smallest seen since spending dropped in July. Sales may still sit at record highs, but the slower increase suggests rapid growth peaked in the fall.

It also echoes indicators hinting the gap between supply and demand started to close last month. Various surveys of US manufacturers showed orders for goods declining in November while inventories strengthened. Bottlenecks at ports are also improving, which could further shore up supply. And a recent note from Jefferies found that companies' third-quarter earnings calls suggested the worst of the supply-chain mess is over.

It's possible today's shortages turn into surpluses in a matter of months, Susan Sterne, president and chief economist at Economic Analysis Associates, told Insider on Friday. Thanksgiving and Black Friday shopping "was weaker than expected," and consumer sentiment data points to demand cooling further into 2022. With inventories on the rise, "you'll start to see some aggressive discounting" as companies shift from hiking prices to trying to offload goods, Sterne said.