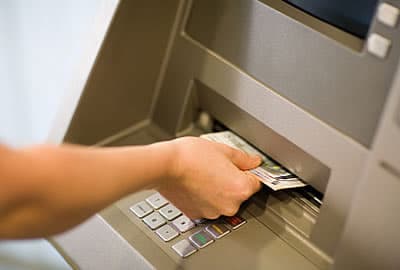 AMT law changes plus annual inflation adjustments mean that this parallel tax aimed at the wealthy is no longer such a broadly-based ATM for the tax collector.

The political and legislative battle over how to collect from the wealthiest taxes, which was mentioned in yesterday's Part 6 tax inflation post on (among other things) estate taxes, is not new. It's been going on for decades.

The Alternative Minimum Tax, or AMT, is one way that Washington, D.C., came up with to ensure that the rich pay at least some taxes. This post, Part 7 of the ol' blog's 10-part inflation series for the 2022 tax year, looks at the most recent changes to this parallel tax.

But wait, there's more. It also covers inflation adjustments to household help, which even the non-wealthy among us need, as well as some payroll tax tweaks.

So enough with the intro. Here goes, starting with the AMT.

But wait, there's more. It also covers inflation adjustments to household help, which even the non-wealthy among us need, as well as some payroll tax tweaks.

So enough with the intro. Here goes, starting with the AMT.

Extra tax work for rich taxpayers: The AMT is a parallel tax system that was added to the Internal Revenue Code back in 1969 when lawmakers discovered that a few rich taxpayers — and we're really talking few, specifically 155 people who back then made more than $200,000 — avoided paying any tax.

The AMT was designed to ensure those wealthy taxpayers paid at least some tax at either 26 percent or 28 percent. Plus, they had to do double the filing work, computing their taxes under both the regular and alternative tax methods.

The new tax worked. In fact, it worked too well.

Since lawmakers didn't index the AMT for inflation, a lot of decidedly not-rich taxpayers started facing it.

For these unintended payers of more tax, the AMT effectively was a tax ATM for the IRS.

Rewriting AMT's rich history: Congress finally fixed the inflation oversight in 2013, including the amount of income that's not subject to the AMT in its annual cost-of-living tax adjustments.

The AMT became even less burdensome in December 2017 with the enactment of the Tax Cuts and Jobs Act (TCJA). That tax reform measure increased the base AMT income exemption amount that's subject to inflation bumps, as well as hiked the threshold at which that exemption phases out.

Plus, the TCJA made deduction changes that mean fewer folks even have to think about the AMT. The parallel tax affects folks who itemize, requiring they add back some Schedule A claims before they figure their alternative tax amount. But since the TCJA greatly increased standard deduction amounts, fewer taxpayers are itemizing.

So now, the AMT is working, more or less, as intended. If, however, you do find yourself facing the AMT, congrats on your new wealth. And here are the 2022 AMT inflation adjustments, along with the 2021 amounts for comparison, that you'll want to check out.

AMT's automatic inflation adjustment: You don't have to worry about the AMT at all if your income is in what is known as the exclusion range.

For 2022, the amount of earnings that is excepted from AMT start at:

Exemptions start phasing out once AMT income hits $539,900 for single filers and $1,079,800 for married taxpayers who file jointly.

For the 2021 tax year, the AMT exemption amounts start at:

All these AMT exemptions for both 2021 and 2022 tax years should save plenty of filers from the hassle of doing two separate tax computations.

Payroll taxable amount going up, too: As the AMT issue shows, earning more money does have some drawbacks. Still, I've never met anyone who's turned down a raise.

If you do get a bump in pay in 2022, good for you! And here's another annual tax adjustment amount you'll need to note.

As we all learned as soon as we got our first paychecks, Uncle Sam gets a cut. The payroll tax, authorized by the Federal Insurance Contributions Act, or FICA as it often appears on pay stubs, comes out of our regular pay to help fund the Social Security and Medicare programs.

For the Social Security portion, it's 6.2 percent of our income. This tax also is collected as the self-employment tax that must be calculated and paid via Schedule SE by folks who are their own bosses.

This income level applies only to the Social Security portion of the payroll tax. There is no earnings cap for the Medicare portion.

For those of us who earn less than the wage base limit, we won't see any changes in our paychecks. But if your six-figure income is more than $142,000 this year or $147,000 next year, you'll see a bump each paycheck over those amounts when the Social Security payroll tax isn't collected.

Nanny tax changes, too: In addition to adjusting the wage base that's subject to the Social Security tax, the SSA also reviews the payment thresholds that trigger coverage for household workers.

The requirement that individuals who hire household staff is popularly known as the nanny tax. However, the tax applies doesn't just apply to a modern-day Mary Poppins. It covers all household, aka domestic, workers.

The folks who hire a child-care worker, housekeeper, or others to help with the upkeep and running of their homes must let the IRS know about that staff. When one of those workers earns more than a certain amount, that employer must pay their portion of the worker's Social Security tax. Remember, FICA taxes require employees and their bosses to equally split payment of these taxes.

For the 2022 tax year, the income threshold for domestic workers that triggers FICA coverage will increase to $2,400 for domestic employees. That's a slight bump up from the 2021 household worker income trigger of $2,300.

Yeah, I know. The AMT and nanny tax tend to be rich people's worries that I and most of the ol' blog's readers won't have to mess with this or next year. But you never know.

Your (and my!) income situation to which these taxes and the FICA wage base apply could greatly improve in the future. When that happens, we'll be ready to deal with the associated taxes.

Readiness via more inflation updates: The ol' blog's inflation series of which this post is a part should help you get and stay ready for changes in your life an work and how they affect your taxes each year.

We're more than half-way through the series. As the box below notes, you can find a directory to all 10 parts in the first post of the series.

This post on 2022 tweaks to the alternative, nanny, and payroll taxes
is Part 7 of the ol' blog's annual series on tax inflation adjustments.
The 10-part series started with a look at next year's income tax brackets and rates.
That first item also has a directory, at the end of the post,
of all of next year's tax-related inflation updates.
If, after perusing this post on deductions and credits, you want to check out
other inflation adjustments for 2022, you'll find the links, when posted, there.
Note: The 2022 figures in this post apply to that tax year's returns to be filed in 2023.
For comparison purposes, you'll also find 2021 amounts that apply to this year's taxes that,
pending any COVID-19 Tax Day delays like we've faced the last couple of years, will be due April 15, 2022.