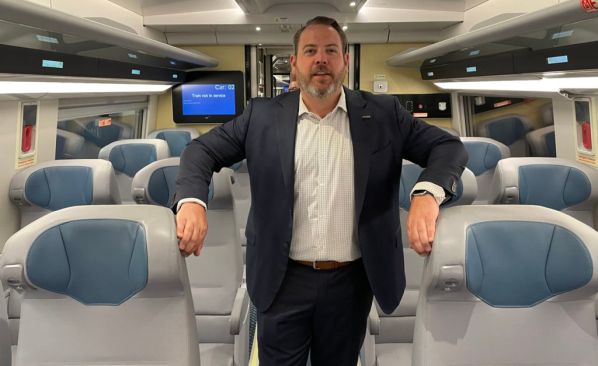 THE first of Amtrak's new Acela II high-speed trains was on show at Philadelphia 30th Street station on May 23.

Alstom has already delivered the first three of 28 Avelia Liberty trains being built for Amtrak at its plant in Hornell, New York. The trains are expected to enter service on the Boston – New York – Philadelphia – Washington DC Northeast Corridor (NEC) in early 2023.

The articulated trains have two compact power cars, eight articulated intermediate trailer coaches and one centrally located non-articulated café car. The trains are certified for operation at up to 300km/h but they will run at a maximum speed of 257km/h on the NEC.

“This is the first time we’ve seen a completed unit,” Vantuono says. “Suffice to say the overall design and amenities are a vast improvement over the existing Acela trainsets.”