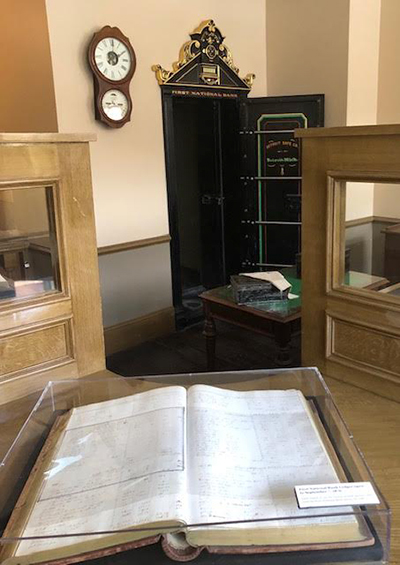 In the last year, my wife and I have traveled to a dozen states and towns, in part to shake things up a bit and get out and investigate interesting stories during the COVID-19 pandemic.

We recently investigated a story nearer to home that dates 100 years after America became a nation. Rutherford B. Hayes had defeated Samuel Tilden, the popular vote winner, for the presidency via the Electoral College. It was also the same year that General Custer and his troops died at the Battle of the Little Big Horn in what is now South Dakota, a place we also visited.

We’re talking about the hometown of writer Ole and son and Gov. Karl Rolvaag, U.S. Sen. and Gov. Ed Thye, country music singer Marilyn Sellars and U.S. Sen. Paul Wellstone. It is where Malt-O-Meal started its business and where two respected private colleges — Carleton and St. Olaf — have thrived for over a century and a half.

This is Northfield, a bustling southern Minnesota town of 20,000 today.

The signature event of the town took place on Sept. 7, 1876. It was on a sunny Thursday afternoon that a seven-minute robbery inspired the largest manhunt in U.S. history.

Some background is in order here. Northfield had many prominent business leaders and a prosperous First National Bank.

Minnesota had already drawn the attention of America’s most notorious bank and train robbers: the James-Younger Gang based out of Missouri.

After some debate, the James-Younger Gang headed for Minnesota with intentions to steal easy money. Upon arriving, the gang divided into scouting parties of two, three and four men each looking for possible sites to execute their plans. The gang considered banks in Minneapolis, Red Wing, St. Peter and St. Paul, as well as Madelia, Mankato, Lake Crystal, St. James, Garden City and Northfield.

After deciding against robbing a bank in Mankato, the gang headed for its second choice, Northfield’s First National Bank.

Little did the gang members know that this decision would end all of their careers as outlaws and result in the violent  deaths of five — three gang members and two Northfield citizens.

Eight bandits rode into Northfield on Sept. 7, to rob the First National Bank. Three of the gang members entered the bank at 2 p.m. calmly announcing that they were holding it up. Three bank employees were directed to open the safe, but were told that the door was locked and couldn’t be opened.

Meanwhile, noticing some unusual main street activity on horsebacks, local citizens began to arm themselves after one merchant — J.S. Allen — shouted, “Get your guns, boys — they’re robbing the bank!”

Upon this discovery, two gang members hastily jumped into their saddles and began firing their pistols, yelling “leave the area or be shot.” This forced the remaining robbers to enter the fray.

The first to fall was a Swedish farmer immigrant named Nicholas Gustafson. He was wounded in the head and died several days later.

Within minutes, townspeople sharp shooters assured that two robbers were dead in the street and two more were badly wounded. Sadly, acting bank cashier Joseph Lee Heywood was shot and killed because he refused to open the bank vault.

Frank and Jesse James were not caught after the failed raid, eventually returning home where Jesse himself was killed by a gang member Bob Ford some six years later. Ford said he wanted the reward money offered for Jesse.

Each year on the weekend after Labor Day, Northfield comes together to celebrate the defeat of the James-Younger Gang. The courage of these ordinary citizens and many others are honored during the celebration.

Chuck Slocum, president of The Williston Group, a management consulting firm, can be reached at Chuck@WillistonGroup.Com. He recommends a visit to the Northfield Historical Society museum.