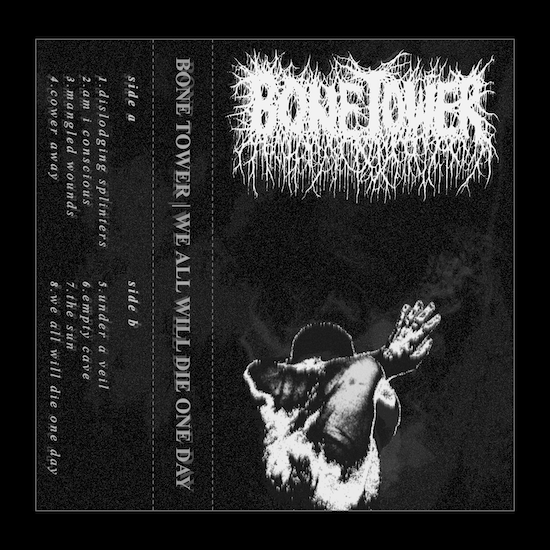 AN NCS VIDEO PREMIERE: BONE TOWER — “UNDER A VEIL” 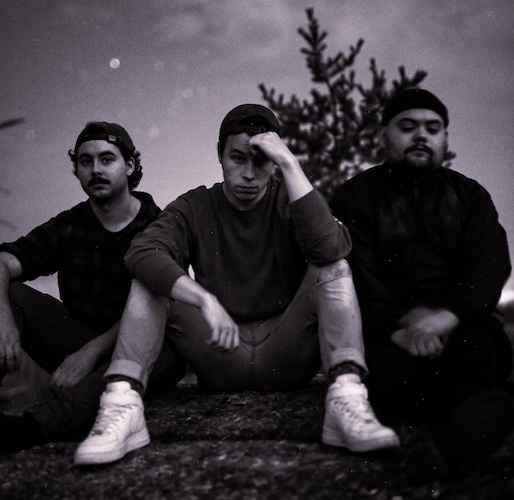 What we have for you today is a freakish, fast-cutting video for an equally maniacal blast-furnace discharge of sound, courtesy of Nova Scotia’s Bone Tower. The song in the video, “under a veil“, is one of the eight furious barrages encompassed by the band’s decimating debut EP We All Will Die One Day, which was released on November 5th by No Funeral Records and Fresh Outbreak Records.

Here’s what the band have said about “under a veil“: “This song is pissed. There is more than one meaning, but it’s really written about the perception that you are always in the wrong, that who you are is a made-up persona, you aren’t good enough, and you should be exiled from everything positive in your life. This feeling couldn’t be further from the truth, and it is simply anxiety creeping in to say hello; A flurry of notes and blast beats being thrown at you really like to drive that idea deep into your head, though. Cower away under a veil of delusion.”

Oh hell yes, the song is pissed-off. Its fury is palpable — in the scorching vocal vitriol, in the tumultuous bass lines, in the clobbering, clattering, and blasting drums, and in the unhinged guitar tortures. The riffing has a massive, earth-gouging tone. The guitar leads are in the throes of a super-heated fever — darting, squirming, and blaring like a crazed air-raid siren. Everything sounds unhinged, with rapid changes galore, yet also tightly executed.

The entire EP barely exceeds the 9-minute mark. If you want to extend the experience of “under a veil”, run the entire EP gauntlet via the player below. It’s an absolutely exhilarating, bone-smashing, mind-mauling way to spend that time, with some unexpected twists and turns of electronica and choral voices along the way that will keep you on your toes (and inflict different forms of mental disorientation).

In terms of its inspiration, We All Will Die One Day is explained this way: “Bone Tower is the musical equivalent of the chaos ensuing globally since last year. An angry jab back at the universe for anyone who was angry and watched the world unfold with racial upheaval, conservatives and conspiracists coming out of the woodwork against Covid, economic regression with millions losing jobs, the entire world changing beneath our feet, and for the politicians who claimed to be on our side but continue to fight against the truth”.

The EP is recommended for fans of Full of Hell, Pig Destroyer, Cryptopsy, Atka, and Trap Them. It’s available digitally and on cassette tape. Credit for the video and for the EP cover art goes to Jonas DeViller (who is also responsible for vocals, electronics, and lyrics). He’s joined in the band by Sean Carroll (guitar, bass), and Michael Bowers (guitar, bass, vocals).

The post AN NCS VIDEO PREMIERE: BONE TOWER — “UNDER A VEIL” appeared first on NO CLEAN SINGING.

AN NCS VIDEO PREMIERE: BONE TOWER — “UNDER A VEIL”