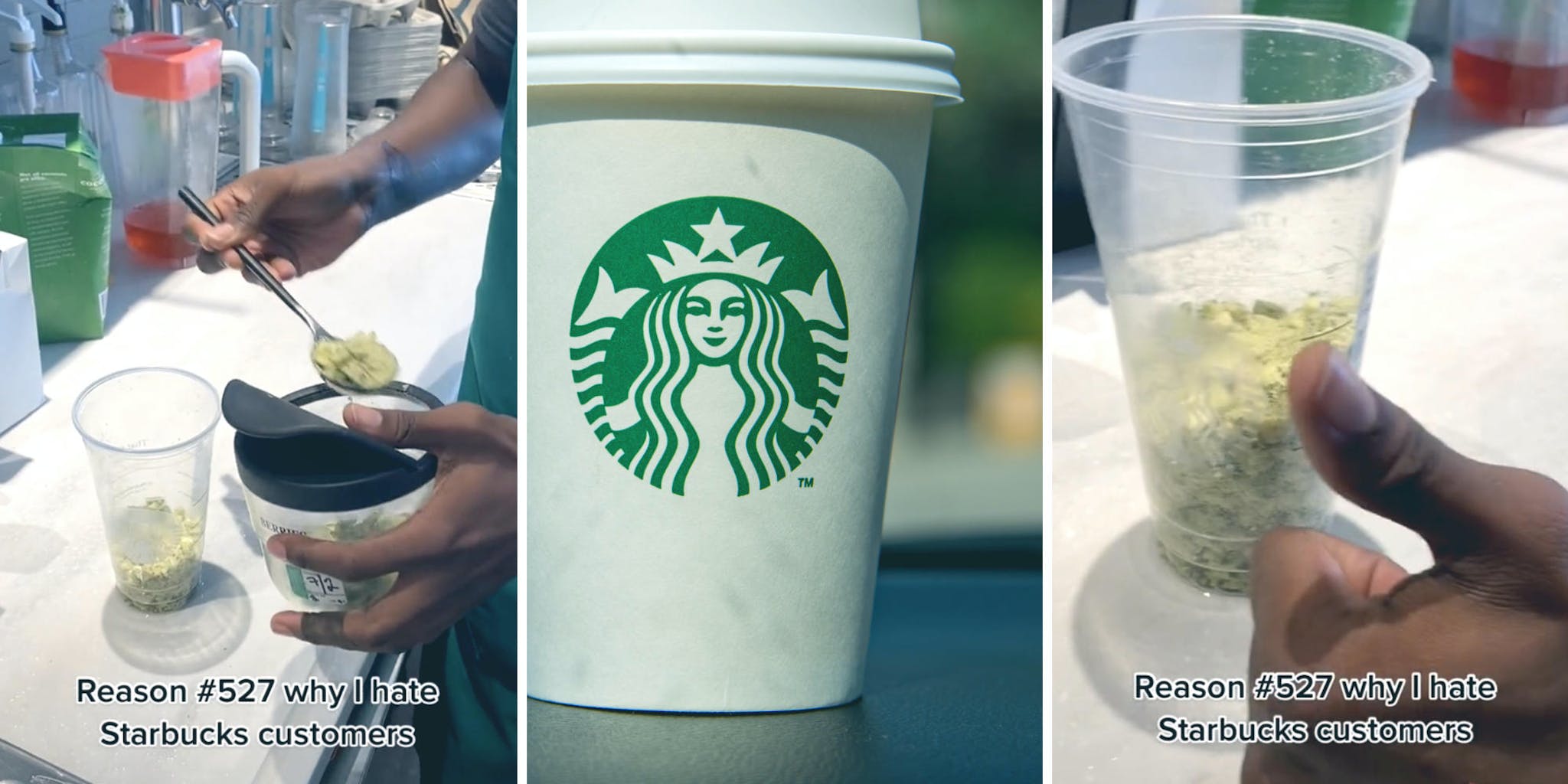 ‘And they don’t even need to feel ashamed since they mobile ordered’: Worker reveals ‘reason #527 why they hate Starbucks customers’ in viral TikTok 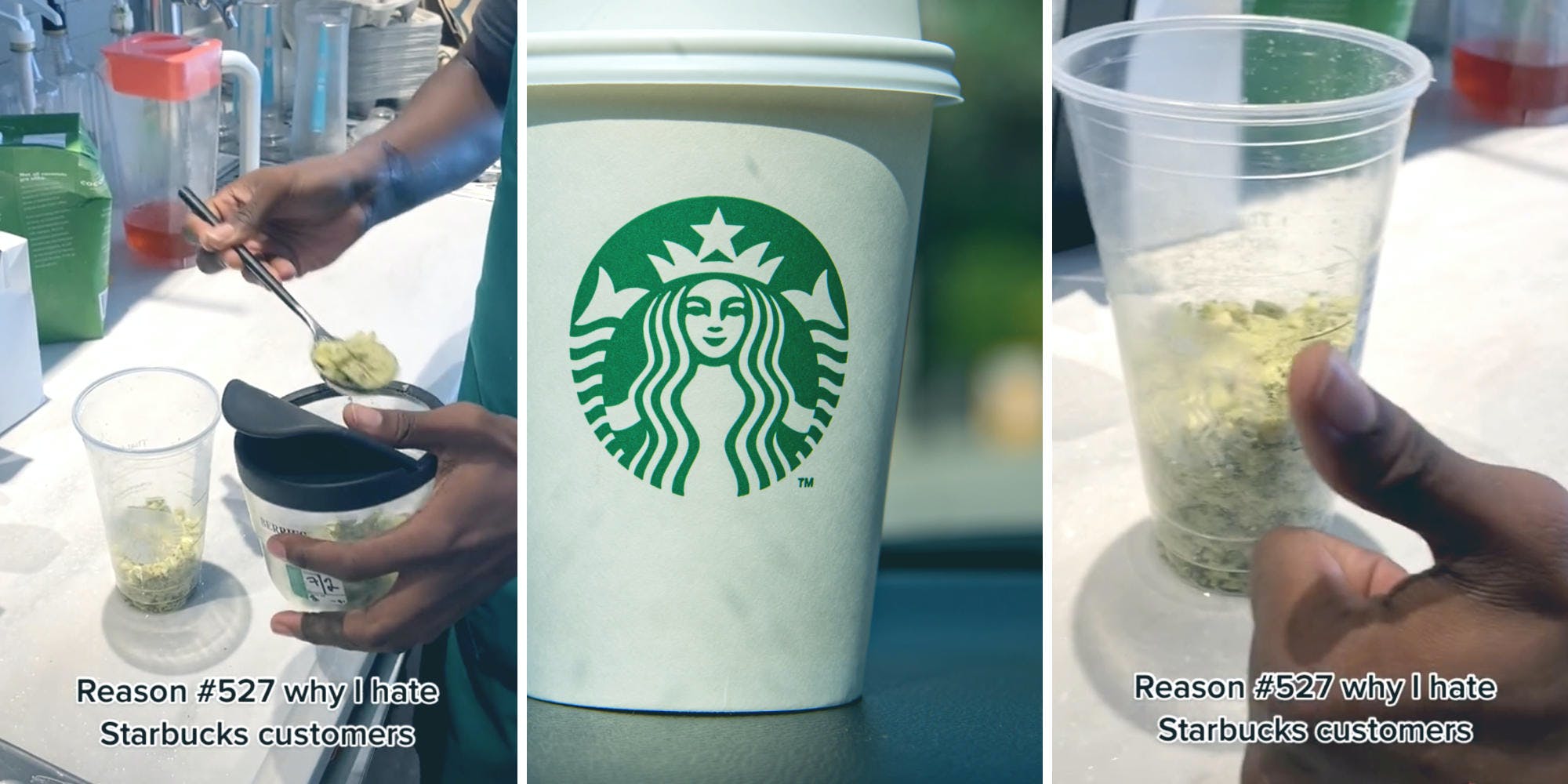 A new video on TikTok shows how some Starbucks customers have no bounds when it comes to ordering drinks through the mobile app.

The video features a mobile order that asks for half of the cup to be filled with freeze-dried kiwi.

The video was posted by Starbucks worker and TikTok creator @imjustblack1 on Tuesday. In the video, which currently sits at over 40,000 views, a worker scoops a whole container of Kiwi into the cup.

"It's half the cup," someone says in the background.

The worker turns the cup to reveal the order sticker on the side of it. It's an iced venti Kiwi Starfruit Refresher. The customer's customizations are light ice and "12 kiwi inclusion."

"Reason #527 why I hate Starbucks customers," the text overlay on the clip reads.

The caption notes, "The kiwi not even that good tho."

"They don't even need to feel ashamed since they mobile ordered," one person commented.

"The light ice got me lololol so u want a little ice with ur kiwi," another added.

"I thought my order was bad," a third wrote.

"We have a customer that asks us to put an entire bag of inclusions in her drink EVERYTIME," @howlnotmoving said.

Some pointed out this might be a way to make the same drink at home.

"Na cause she’s gonna use this and pour herself a little each time and dilute it, so it lasts all week," one person speculated.

The Daily Dot reached out to @imjustblack1 via TikTok comment and Starbucks via email.

The post ‘And they don’t even need to feel ashamed since they mobile ordered’: Worker reveals ‘reason #527 why they hate Starbucks customers’ in viral TikTok appeared first on The Daily Dot.

‘And they don’t even need to feel ashamed since they mobile ordered’: Worker reveals ‘reason #527 why they hate Starbucks customers’ in viral TikTok