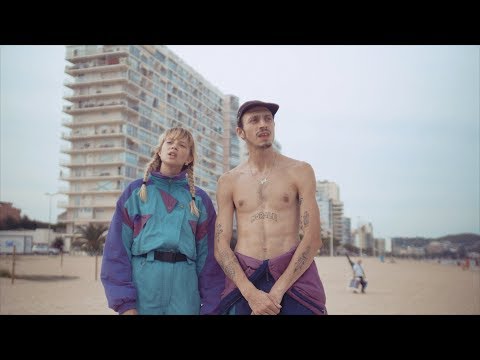 Angèle: The Belgian Singer That France Is Going Crazy For

Her album has gone two-times platinum in France, she’s the only Belgian singer to beat Stromae’s record for most weeks at the top of the Belgian singles chart, and she’s only just getting started in her career. Angèle is a singer-songwriter and musician spinning heads all across Francophone nations with her unique voice. Her songs have become millennial-girl anthems because of her sincerity, sweet disposition, and entertaining videos.

At just 23 years old, the singer has already developed a very recognizable style. Her music is easy listening, her videos are funny, and the genuine nature and authenticity play a huge role in her popularity. For example, the cover of her first album Brol is a little girl smiling to show that her baby teeth have fallen out. For this kind of bluntness and plenty of Instagram videos of poking fun at herself, Angèle has become the singer du jour.

Like a modern-day Françoise Hardy, Angèle depicts a certain innocent reality in her songs. “Tout Oublier,” featuring her rap-artist brother Roméo Elvis, broke a whole slew of records on Belgian singles charts, winning the artist awards and recognition. With an existential vibe the song features a questioning of the simplicity or complication of happiness — a message resonates with Angèle’s audience (and most millennials these days).

Angèle Van Laeken was born just outside of Brussels to singer Marka and comedian Laurence Bibot. Starting with piano at an early age, she let her parents’ studies inspire her musical career. She can be seen playing the piano in many of her videos. Angèle confesses that she looks up to Ella Fitzgerald and Hélène Ségara for musical inspiration as well as the musical genres like electronic music and rap, which she initially disliked as a teenager. Her brother actually raps in some of her songs while Angèle prefers to take on a more melancholic tone.

Here are five Angèle songs that’ll have you falling as hard for her as France is.

1. Angèle’s most popular song “Tout Oblier” is a playlist must.

4. The song “Ta Reine” (Your Queen) is a tribute to lesbians.

5. “La Thune” (a.k.a. “money” in slang) talks about money and the superficial needs of modern society.

Angèle: The Belgian Singer That France Is Going Crazy For