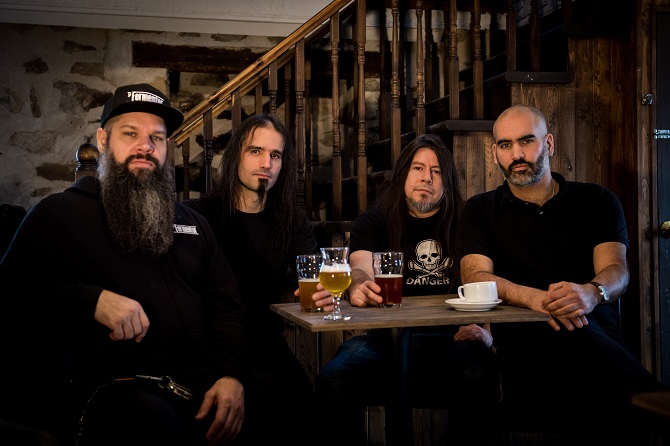 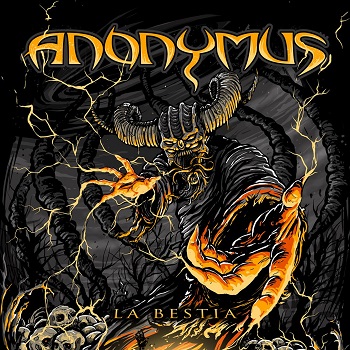 One of my favourite little niches is fast Canadian metal. Razor is obviously the top of the heap, but Infernäl Mäjesty, Slaughter, and Witches Hammer are all essential listening for metal fans. Having never heard of Anonymus before writing this review, I would not have guessed that they’d fall into the “fast Canadian metal” niche. We don’t hear a lot of Spanish in my part of Ontario, and I’d think there’d be even less in Franco-centric Quebec, where Anonymus hails from. They’ve been at this thrash metal thing since 1989 and have written entire albums in English and French. With La Bestia, they’re officially a trilingual thrash troupe. This is impressive, but we also need to see how well Anonymus speaks in metal’s universal language of music: riffs.

While Witches Hammer reunited and tried to make music like the 80s again in sound, execution, and style, there’s no such effort with Anonymus. Like Sodom, Destruction, and Kreator, Anonymus has thoroughly modernized with clear production and tempered aggression more focused on melody and harmony than the sheer aggression of the indomitable Obsessed by Cruelty. Tempered aggression is a relative term, of course—Anonymus is still heavy modern thrash, and I’m reminded often of recent Testament. One influence I can’t stop hearing is the severely underrated Sanctity’s only record Road to Bloodshed. Anonymus is somewhat heavier because they focus a bit less on modern metal than Sanctity did, but they’re in the same ballpark.

This is perhaps best heard on the title track. The vocals have a deep, Chuck Billy-esque tone to them here—again, akin to Sanctity—and their phrasing and melodies recall Road to Bloodshed.  It’s a good song—if not a touch long in the tooth—but all the riffs land, especially the massive chugging bridge. “Sobrevivir,” on the other hand, uses all its time well and is one of La Bestia’s best tracks. The highlight of the song is the standout lead section, which concludes with rhythm guitar breaking formation and harmonizing with the lead—this was clever, as this sort of thing is always a highlight at live shows. The modern metal influence veers into Gojira territory on the engaging “Cada Loco Con Su Tema.” It takes a bit to get there—anyone who’s heard L’Enfant Sauvage or The Way of All Flesh will immediately recognize the sound in the tapped chorus lead/riff—but the Sanctity-style riffing nicely anticipates it and the payoff works. 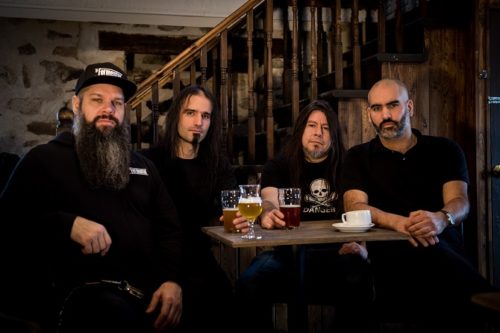 I don’t dislike any song on La Bestia, and I appreciate that Anonymus didn’t fall into the trap of writing overlong songs, which has unfortunately been a thrash trademark for quite some time. The record’s low point is “Tierra,” which Colin Richardson produced. The song’s best ideas—including a killer Iron Maiden infusion in an extremely catchy lead—are underused, and the ending section—a tame acoustic bit with hammy theatrical vocals—goes on for too long. It’s not a total wash by any stretch, though. JF Dagenais (of Kataklysm and Ex Deo) produced the ripping “Terremoto” and his work sounds like a cross between Romulus and Heaven’s Venom. I would have appreciated the production style of Dagenais for the whole record as it’s a bit more vicious than the chunky, clean, and clear job which frames the other seven tracks. The main production is decent nonetheless, and the bass guitar gets a nice, prominent spot. Fortunately, it’s a few hairs away from being too clean like Suicidal Angels’ Sanctify the Darkness was.

Some weaker riffs and two songs that sound like bonus tracks due to different producers and production values give La Bestia a bit of an awkward presentation, as if it was just the “main” tracks we’d be looking at a seven-track, half-hour record—some might debate calling that an EP. The inclusion of these songs does noticeably break the flow, but I’m not overly bothered by it and, after multiple listens, I found it a rather charming idiosyncrasy. While I’m not the biggest fan of the modern thrash style because it too often lacks the raw aggression that made the best material in the subgenre, Anonymus impressed me by ramping up the aggression while still leaning heavily into modern thrash’s basic sounds and elements. La Bestia’s riffs are generally all in the B-curve familiar to Ontarian law students, with a few B+’s and the rare C. All told, La Bestia has enough charm and riffs to make for a good, solid modern thrash record.