Recently, we were shocked by the news that 14 more positive cases of the Omicron variant were found in Umrah travelers who were not fully vaccinated.

But the question is how did they get through the various checks?

It appears that this mystery was debunked after a Twitter user posted a screenshot of a conversation on how one can get their MySejahtera status changed without actually getting vaccinated.

According to Twitter user, Fatin, the screenshot was taken from a Malaysian antivaxx Telegram group.

Based on the conversation, the client only has to give their full name and identification card (IC) in order to change their MySejahtera status.

“Can be used everywhere and is safe even if there’s any enforcement checks.”

The message also assured potential clients that they are able to move freely without any worry as the vaccination status will be updated from time-to-time. It stated that the payment for this unethical act is a whopping RM2500!

Once the transaction is done, the client only has to wait 7-14 days for their MySejahtera to update.

“All details will be classified information, and this activity should be kept a secret for the safety of everyone involved.”

They even mentioned that anyone can get a discount if they are able to get more than 5 people who also want to get the service too.

After seeing how much it would cost just to change one’s MySejahtera status, Twitter users were amazed by the lengths that these people are going just to not get vaccinated.

“That’s a pity. They have to pay such a large amount to lie, when the vaccine is free.” 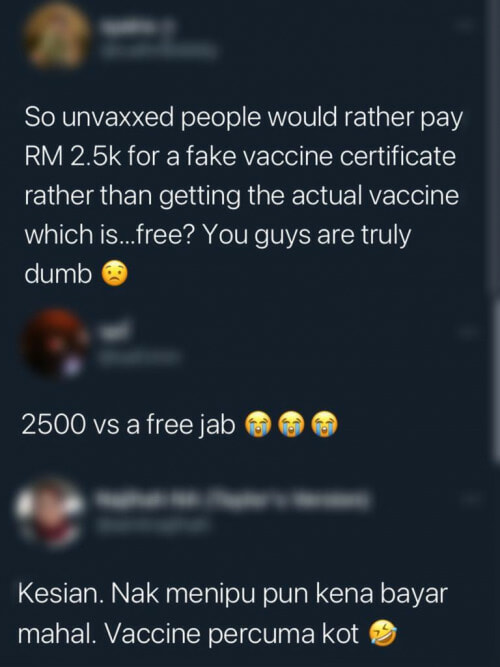 A number of Twitter users speculated that this is definitely an inside job.

“I can say this must be the ones handling the PPV’s job because only they have the access to key in these details.”

One user even speculated that it had to be the work of someone handling the PPV’s. They added that it’s not  hard and that they are able to confidently make this claim because they were previously a volunteer. 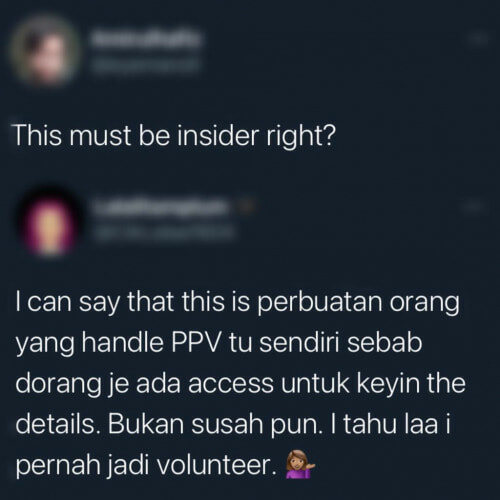 Friendly reminder that everyone should take their vaccine and booster shots in an effort to save ourselves from making the Covid-19 situation even worse.

Also read: “Our job is to stay awakened” An EXCLUSIVE Look Into A Malaysian Anti-Vax Telegram Group 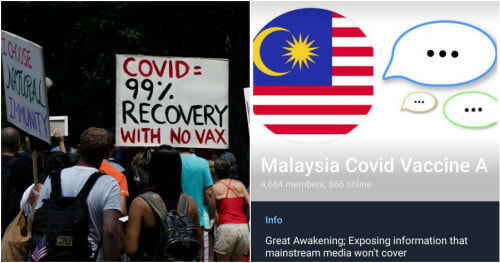