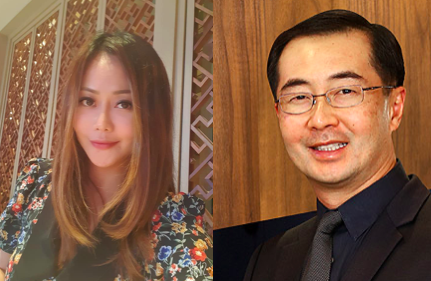 Singapore—A woman who wanted to sue a doctor had her appeal dismissed on Wednesday (Apr 7) by the judge who said she was on a “quest for revenge”.

Ms Serene Tiong,  The Straits Times (ST) reported, wanted to sue Dr Heah Sieu Min, the chief executive of HC Surgical Specialists (HCSS), on behalf of the company for alleged breach of the director’s duties relating to the company buying an additional 19 per cent stake in Dr Julian Ong’s company.

But the High Court dismissed her application last year upon finding that she was on a vendetta and not acting in good faith.

She appealed against the High Court judgment.

But, on Apr 7, the Court of Appeal turned down her appeal against the High Court judgment. It pointed out that she had been motivated by revenge and that she and Dr Ong, as well as his friend, Dr Chan Herng Nieng (her former lover) have had conflicts in the past.

Last year, Dr Ong filed and won a defamation case against Ms Tiong and had hoped to move on and put the matter behind him. But Ms Tiong said then that she was determined to continue her fight.

A few years ago, she had claimed that Dr Ong and Dr Chan had colluded to take sexual advantage of their vulnerable women patients.

Ms Tiong and Dr Chan had been in a relationship in 2017 but separated in 2018 after she saw screenshots of messages between Dr Chan and Dr Ong regarding their sexual exploits.

Dr Ong had been friends with Dr Chan since medical school but barely knew Ms Tiong.

She filed a complaint with the Singapore Medical Council (SMC) concerning the alleged misconduct of the doctors toward some women patients, including herself.  This complaint was also forwarded to Singapore General Hospital, where Dr Chan was a senior consultant psychiatrist.

Dr Ong filed a defamation suit against Ms Tiong in July 2018. In April last year, District Judge Lynette Yap ruled in Ms Tiong’s favour but the decision was overturned by the High Court in October.

Furthermore, Ms Tiong was issued an injunction restraining her from further defamatory comments. Her final bid to appeal in the defamation case was turned down on Nov 20.

ST said that the matter is still under investigation by the Singapore Medical Council but that restrictions were imposed on Drs Ong and Chan in 2020.

In the most recent development, Ms Tiong purchased 100 shares of HCSS on Sept 25, 2019, one day before the company’s general meeting, so that she could attend it.

At the meeting she questioned HCSS’ 19 per cent acquisition in Dr Ong’s firm, alleging that the chief executive breached his duties to act with reasonable diligence.

She also alleged that Dr Heah failed to recuse himself from the decision-making for the stake in Dr Ong’s company.

In 2020, the High Court said that Ms Tiong’s application was “so motivated by vendetta, perceived or real, that judgment will be clouded by purely personal considerations” was the reason why it was dismissed.

And at the Court of Appeal, her case was called “wholly unmeritorious” by Justice Andrew Phang, who added that she was on a “quest for revenge”.

He said, ”Her central motive is revenge.

“We recognise that Ms Tiong suffered deep, emotional scars, but legal relief must come via the correct route.”