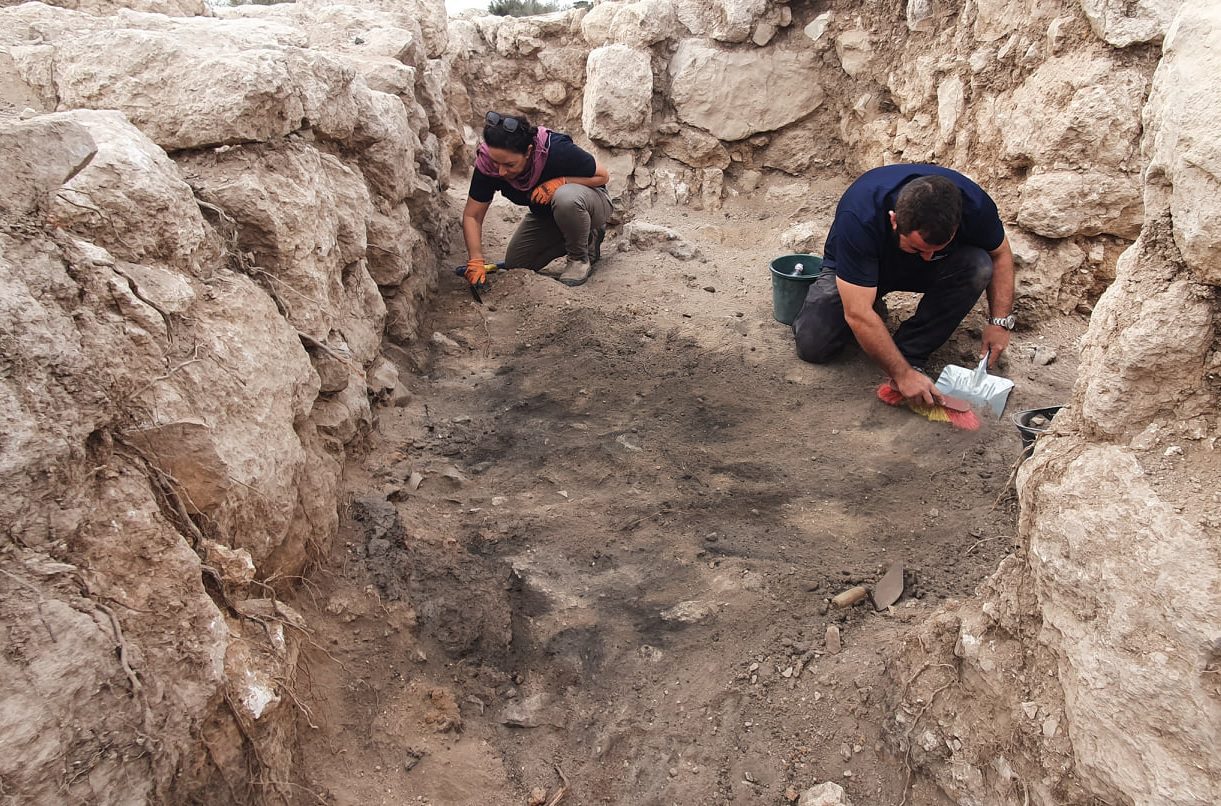 Archaeologists conducting excavations in the Lachish Forest of the Judean Foothills, Israel, have excavated a Hellenistic fortress that was destroyed by the Hasmoneans.

Studies by the Israel Antiquities Authority (IAA) discovered dozens of coins and weapons, in addition to charred wooden beams in situ, providing tangible evidence of a battle between the Hasmoneans and the Seleucids from 2,100 years ago that resulted in the fortress succumbing to fire.

The Hasmoneans were a ruling dynasty of Judea and surrounding regions during classical antiquity, that took the Greek title “basileus” (“king” or “emperor”) which some modern scholars refer to as an independent kingdom of Israel.

The Hasmonean rebellion against Hellenistic rule and the Seleucid dynasty was initiated after anti-Jewish decrees of Antiochus IV, leading to the Hasmonean state’s southward expansion as described in the Books of the Maccabees and writings of Josephus.

Saar Ganor, Vladik Lifshits and Ahinoam Montagu, excavation directors from the Israel Antiquities Authority said: “The excavation provides tangible evidence of the Hanukkah story. It appears that we have discovered a fortress, part of a fortified line erected by the Hellenistic army commanders, built to protect the large Hellenistic city of Maresha from a Hasmonean offensive.”

Excavations revealed that the fortress measures 15 x 15 metres, and was divided into seven rooms with a stairwell leading to a second floor.  Archaeologists removed thousands of collapsed stones from the fortress walls where they found finds dated to the late 2nd century BC, including pottery, iron weapons and slingshots.

Researchers from the IAA stated: “Based on the finds and coins, the building’s destruction can be attributed to the Idumea led by the Hasmonean leader John Hyrcanus around 112 BC”.