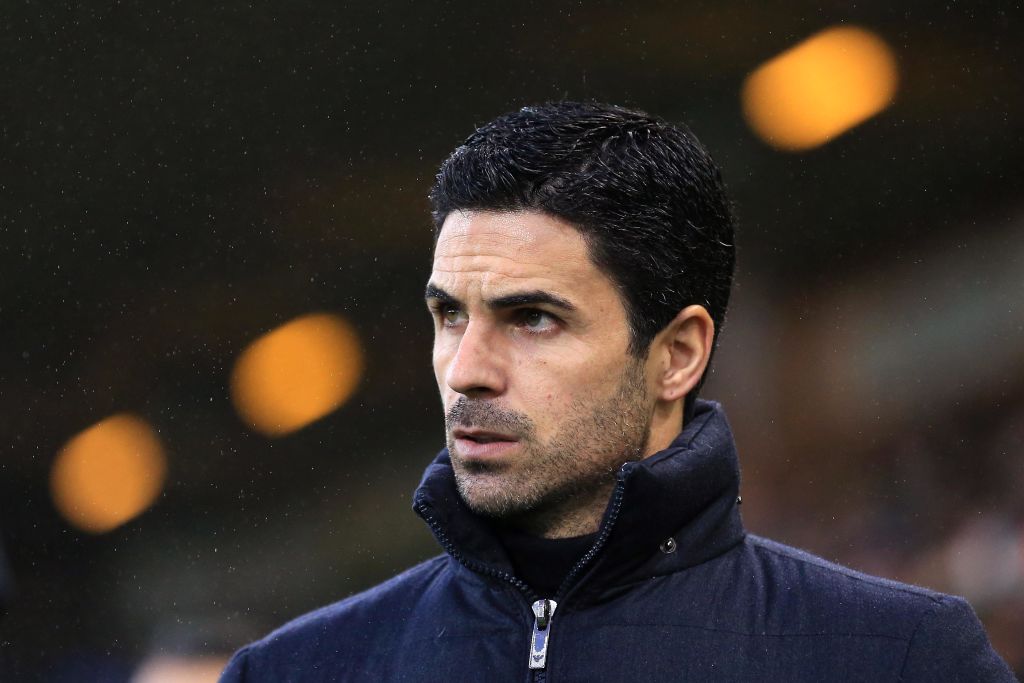 After a shambolic start to the season, the Gunners have made steady progress in recent weeks, thanks largely to the contributions of their fleet of young attackers, including the likes of Bukayo Saka, Gabriel Martinelli and Emile Smith Rowe.

Arsenal’s best run of form has coincided with the banishment of their now former captain Pierre-Emerick Aubameyang, who has hardly been missed at all during the last six Premier League matches.

Alexandre Lacazette has led the line in the Gabon international’s absence, but Lauren believes Vlahovic, the top scorer in Serie A this season, would fit in perfectly to Arteta’s preferred system.

‘Vlahovic is a quality player who can easily fit into Arteta’s system. If Arsenal want to increase their chances of securing a Champions League spot this season – something I believe is very important for the club – then the striker situation needs addressing,’ Lauren told Labrokes ahead of the launch of its 5-a-side Bet on Tottenham vs Arsenal.

‘Either we resolve the situation with Pierre-Emerick Aubameyang or we bring someone in who can get 10-12 goals between now and the end of the season.

‘First of all, I think it’s important to talk with Aubameyang, to try and get him back on board.

‘If the club cannot resolve that issue, then we should be looking at another target in this transfer window, just to be sure that there is enough depth and quality at that end of the pitch. The midfield players have been adding goals, but they need another striker to help guarantee that Champions League place.’

Lacazette’s link-up play and willingness to drop deep has been a crucial factor in Arsenal’s much improved form of late, but Lauren is confident Serbia international Vlahovic possess similar qualities.

'What do you do?' - Paul Merson left baffled by Arsenal star's performances

He added: ‘Dusan Vlahovic is one of the names we’ve seen linked to the club, and he’s already scored 16 goals for Fiorentina this season. He’s a quality player who can easily fit into Arteta’s system as the lone striker in a 4-2-3-1, while also possessing the skills to play in a front three.

‘He can hold the ball up well, he’s got quick feet, he’s good in the air, he’s quick in the transition and he’s a quick thinker. He’s young, too; he’s only 21-years-old, so he’s still got time to improve his game.

‘It’s vital Arsenal either resolve things with Aubameyang or bring in a new striker this month; I cannot stress the importance of securing Champions League football this season.’