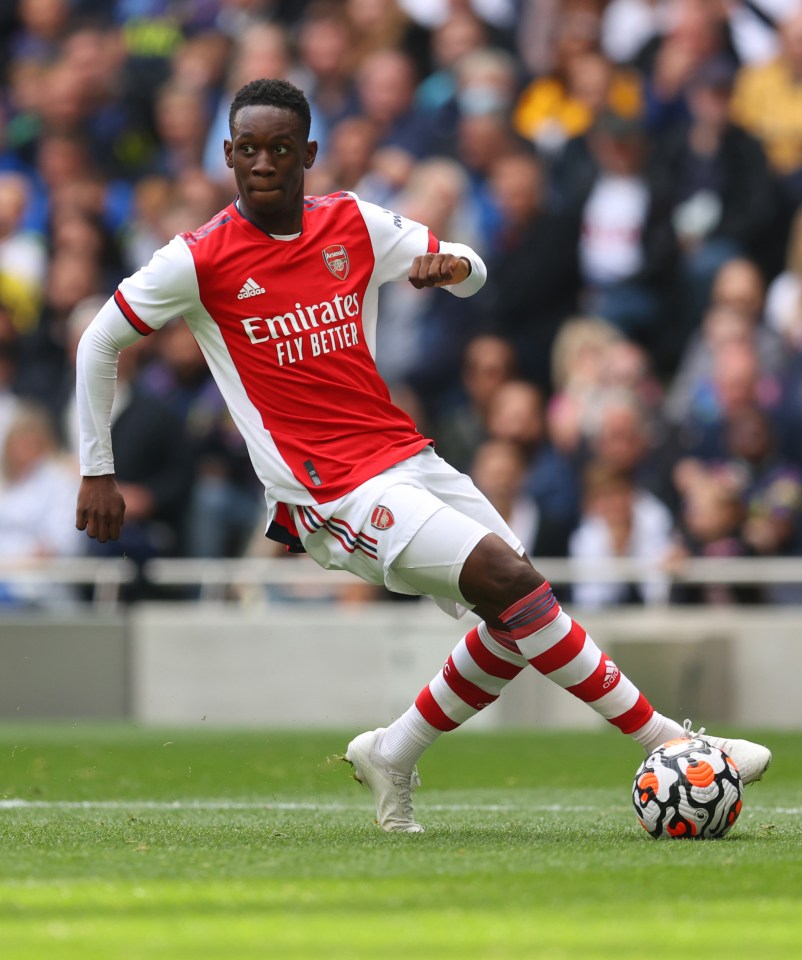 ARSENAL striker Folarin Balogun is pulling the scouts to his games — with French side St Etienne joining the hunt for him.

Middlesbrough are leading the pack — but his fan club is growing.

Balogun is in sparkling form for the Gunners’ shadow side and scored for England Under-21s on November 11.

The striker joined Arsenal‘s academy in 2008 and quickly rose through the ranks in the club’s youth level.

The 20-year-old amassed a staggering total of 38 goals and eights assists in 41 appearances for the Under-18s.

He has since registered 37 goals and nine assists in 60 matches across all competitions for the Under-23s.

IT COULD BE OU

The youngster made his debut during a Europa League clash against Dundalk, which Arsenal won 3-0 at the Emirates.

The Gunners’ prospect went on to score twice in the competition last season as he hit the net against Molde and the Irish outfit in the second leg.

He also made his Premier League debut three months ago at Brentford, where he started in Mikel Arteta’s line-up.

Balogun also made an appearance during the Gunners’ 2-0 loss to London rivals Chelsea a week later.

All in all, the centre-forward counts two goals and one assist in nine games for the senior squad.