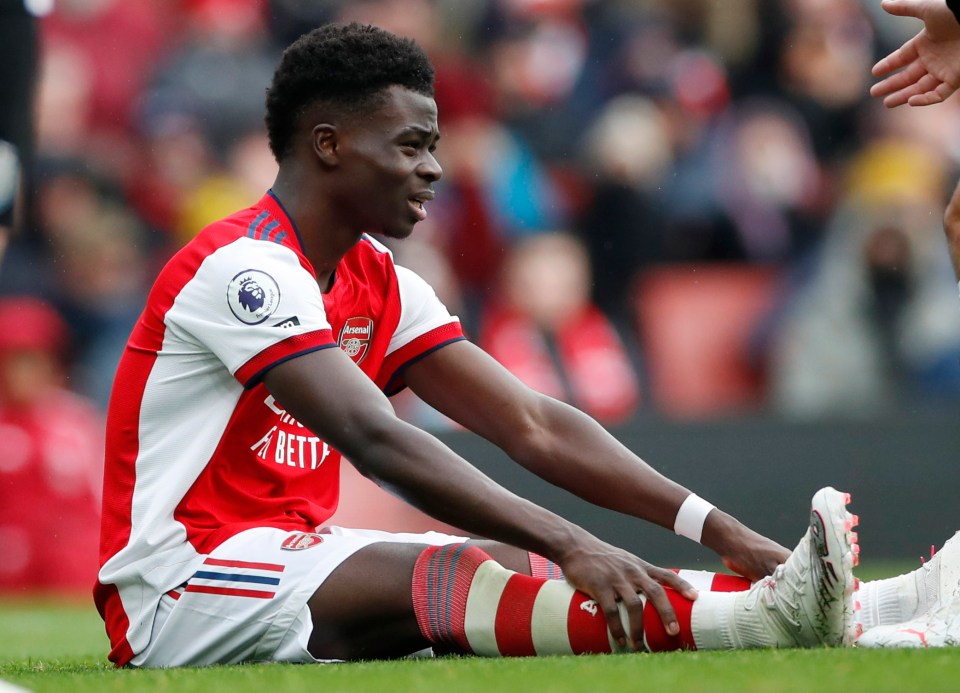 ARSENAL will have to wait until Sunday to find out the full extent of Bukayo Saka’s injury, according to manager Mikel Arteta.

Saka helped the Gunners beat Newcastle 2-0 at the Emirates as he broke the deadlock on 56 minutes with a wonderful shot from a tight angle down the left.

However, disaster struck soon after when the versatile midfielder appeared to have hurt his hip and was substituted by Gabriel Martinelli just eight minutes later.

Arteta said he took the England international off because he felt “uncomfortable” but doesn’t know exactly how hurt he is.

The Spanish head coach added that the 20-year-old will undergo some scans tomorrow.

Arteta told Football London: “He [Saka] was uncomfortable to continue.

“We will have to probably scan him tomorrow and see if there’s any injury there.”

Saka‘s replacement Martinelli sealed the win for Arsenal after 66 minutes when he picked up a wonderful flick by Takehiro Tomiyasu down the right flank and beat Martin Dubravka with a sensational volley.

Haaland names seven strikers better than him including Aubameyang & Kane

Arteta was pleased with his players’ performance but saved special praise for Saka as his opener proved to be decisive.

The Arsenal boss told BT Sport: “In the first half we played how we wanted but without being a real threat.

“The first half was too slow and we did not occupy certain spaces.

“In the second we changed a few things and started in a different way, our rhythm was much better.

“Saka’s goal was great, it’s what you need against a low block.”