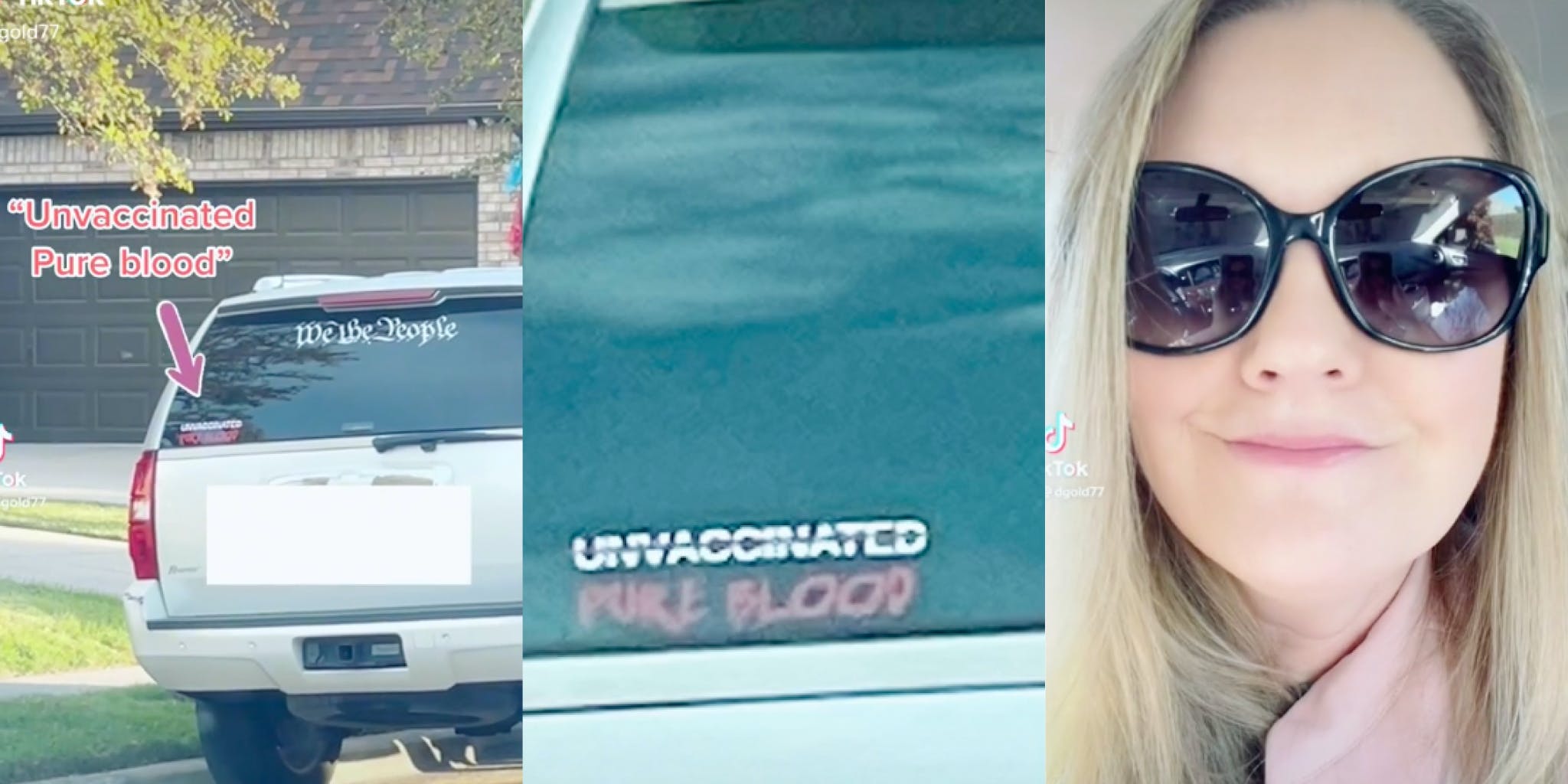 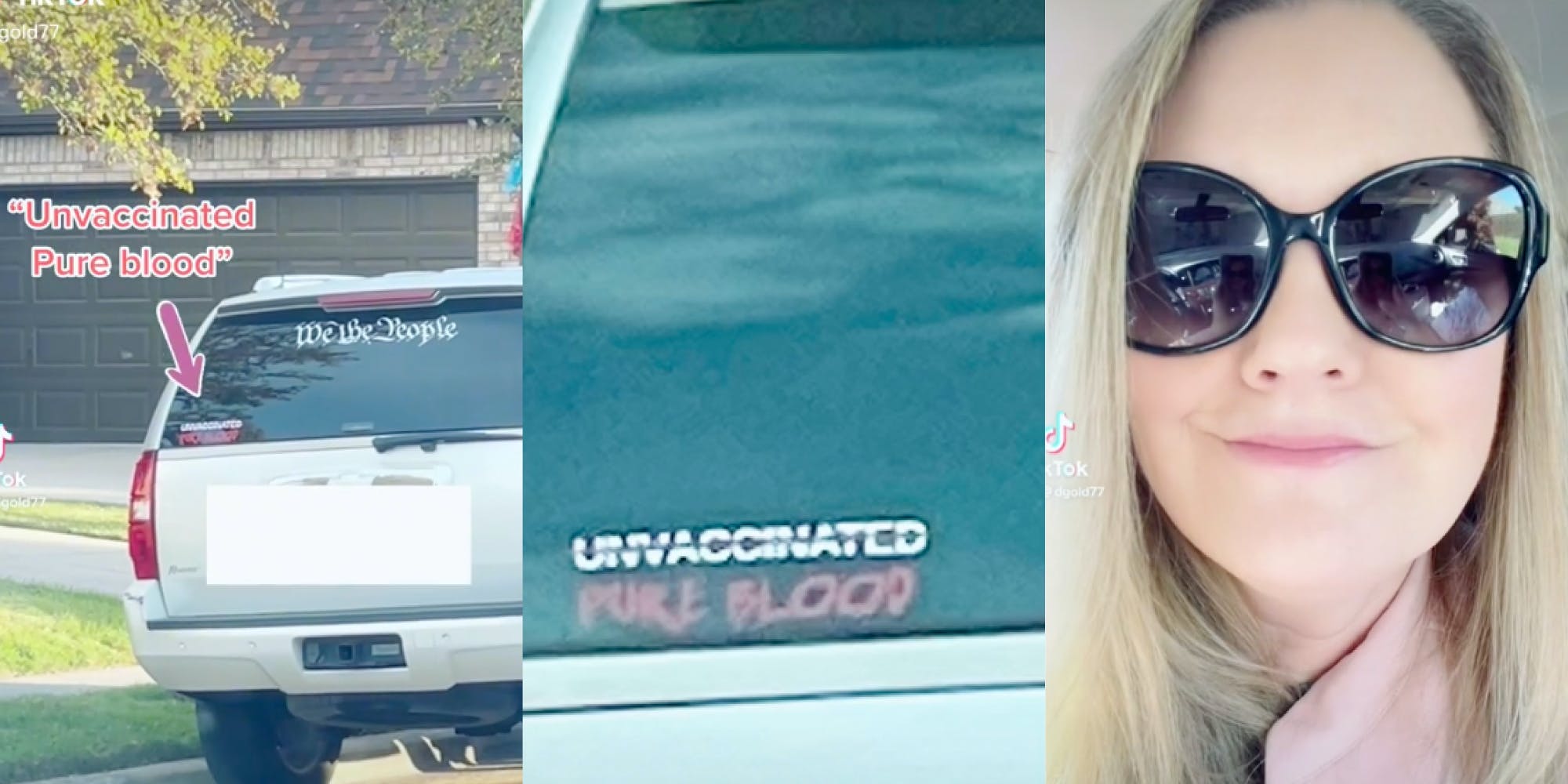 As people who refuse to get the COVID-19 vaccine brand themselves with various terms, one TikToker spotted a car with a bumper sticker that says, "unvaccinated pure blood."

Seemingly in defiance of the bumper sticker, the caption of the video says: "Booster time for me, and my kids will get their first shot soon!"

Ominous music is played in the background of the creator's video as she records a parked car that has the aforementioned bumper sticker along with a "We the People" sticker. The camera then turns to the creator as she records herself saying, "Well, at least they come with warning labels now."

The video has gained over 115,000 views since it was posted. People in the comments section noted the irony of the term and how it is rooted in racism.

One person wrote, "I'm sure they were vaccinated as a child, so I don't think they're pure blood." The creator responded to this comment and agreed, writing, "I know, so ridiculous."

Another person joked, "With all the beer and McDonald's [people] shove into their system, I don't think they can call themselves a 'pureblood.'"

The trend of people calling themselves pureblood is fairly new and was becoming popular in September of this year.