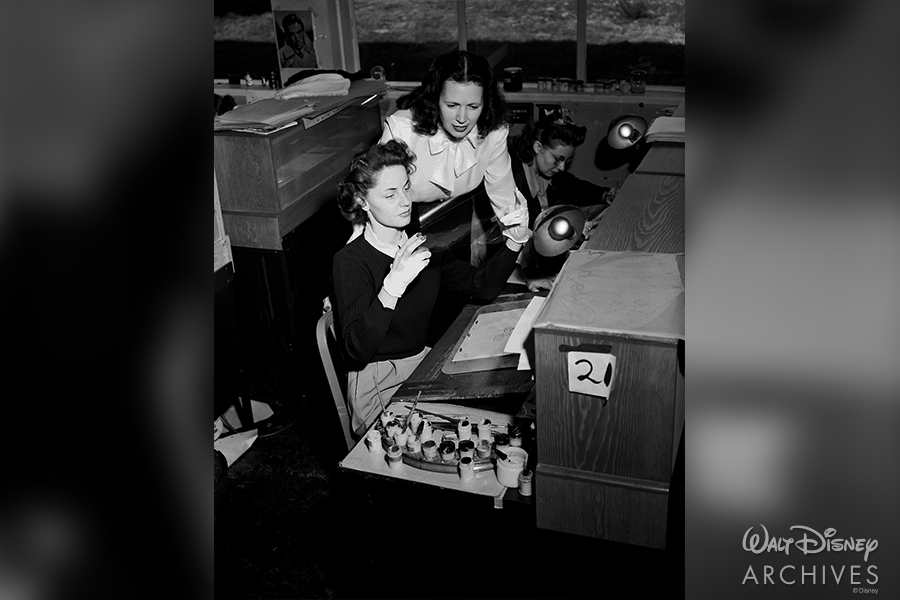 At the Helm of Ink & Paint

The Ink & Paint Department at the Disney studio was an epicenter of artistry and innovation.

In 1932, Grace Bailey came to Disney for a tryout when she found out they were looking for artists. She was put in charge of Paint during production of the Silly Symphony series when the studio was moving away from black- and- white pictures to vibrant colors. Bailey worked her way up the ranks of the Company to painting supervisor, inking supervisor, and, ultimately, to head of the Ink & Paint Department in 1954, where she oversaw more than 200 artists. Animation’s dwindling profits led to the adaptation of Xerox technology in the late 1950s for production. This challenged Bailey and her team to adjust, as the Xerox process streamlined the work of inking and painting. Although it was a difficult transitional period, the department’s perseverance and talent came to the fore – some inkers were kept on, while others  were trained on the Xerox process or woven into other production positions. As interest in animated films ramped back up, Bailey acknowledged the vitality of her smaller, but still mighty department, as highlighted in Mindy Johnson’s 2017 book Ink  & Paint: The Women of Walt Disney’s Animation: “…we’ve consolidated; we’ve moved people in rooms together as the crew got smaller, but the pattern still follows, we do everything about the same way we always did as far as dividing the work, putting the work through here by people and by department, we maintain the same channels.” After spearheading an accomplished team of artists for decades, Bailey retired from the company in 1972.

Another leader at Ink & Paint was Mary Weiser, who initiated and supervised the Paint Lab. Weiser’s team worked to develop new applications for paints and continue to expand the array of colors used for productions. Of her many achievements, one of the most notable was her comprehensive study on the quality of paint used by the studio. She found that problems they were having with paints— stickiness or separation, for example— were becoming increasingly costly. She went on to conclude that the best solution for the studio was to create its own colors and paints. Furthermore, Weiser conducted numerous experiments to find the best materials for paint, taking meticulous notes of her findings. This information was invaluable to the studio financially and in maintaining the quality of  its work. In addition to offering lectures and demonstrations of how to best handle and sustain their materials, Weiser developed “The Painter’s Bible”—a comprehensive guide of best practices for painting. Weiser also acquired two patents: one for her “blend” technique and one for the tool she devised to achieve it. 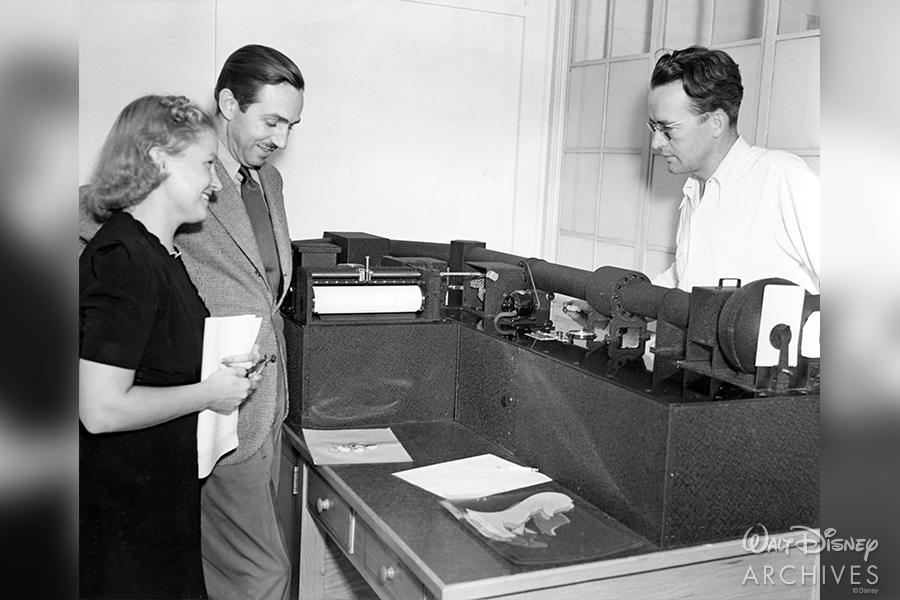 Grace Bailey and Mary Weiser are just two of the exemplary women whose work ethic and diligence left a lasting impact on their teams, enabling constant innovation at the Ink & Paint Department. Moreover, their work within this department helped to drive the high quality of the brand as we know it today.

The post At the Helm of Ink & Paint appeared first on D23.

At the Helm of Ink & Paint