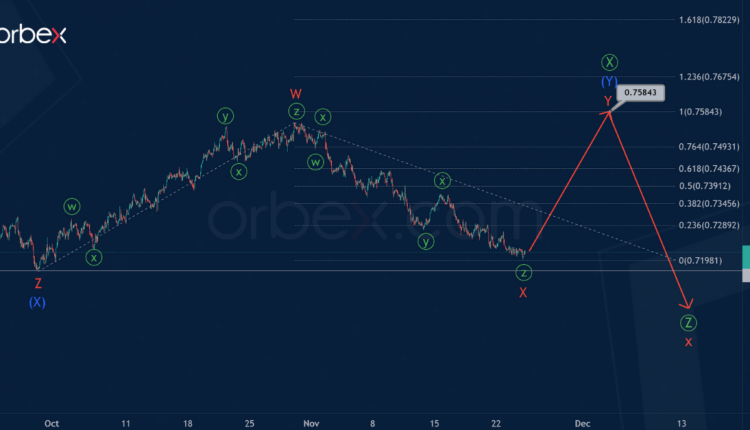 The AUDUSD currency pair suggests the development of a bearish intervening wave x of the cycle degree. It hints at a triple zigzag Ⓦ-Ⓧ-Ⓨ-Ⓧ-Ⓩ.

Wave (Y) can take the form of a double zigzag W-X-Y of the minor degree. The W and X sub-waves have already completed their pattern. And each of them is a triple zigzag of the minute degree.

Thus, in the near future, the rate could increase in the minor wave Y towards the 0.758 area. At that level, intermediate waves (W) and (Y) will be equal. 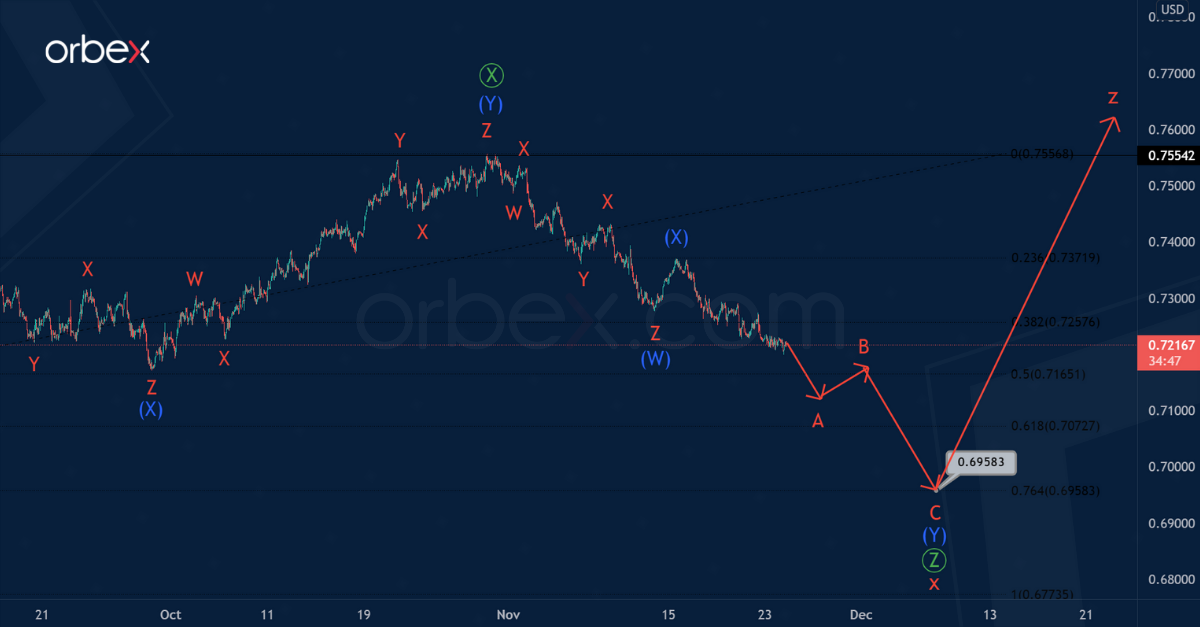 Let’s consider an alternative scenario in which the formation of the primary intervening wave Ⓧ has already come to an end. It took the form of an intermediate double zigzag.

Now the market is in the final part of the primary wave Ⓩ and most likely, it is a double zigzag. This wave can complete the minor standard zigzag near 0.695 level, as shown on the chart.

At the level of 0.695, primary wave Ⓩ will be at 76.4% of wave Ⓨ. After reaching the specified price level, the cycle intervening wave x will end. Then prices could rise within the cycle wave z above the maximum of 0.755.

Orbex is a fully licensed broker that was established in 2011. Founded with a mission to serve its traders responsibly and provides traders with access to the world’s largest and most liquid financial markets. www.orbex.com