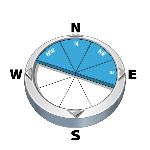 Unsettled weather between Sunday and Tuesday will deliver 15 to 30 cm of snow at upper elevations. This will leave the potential for wind slab avalanches on north and west facing slopes. 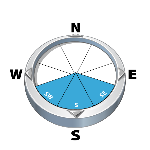 Observations from the weekend were limited to a few small wet loose avalanches (size 1). With new snow accumulations at higher elevations, there will be potential for human-triggered slabs in the alpine over the next few days. Similar conditions existed last week when a slab avalanche caught a skier in the Sky Pilot area. It was triggered by a small wet loose avalanche on a northerly aspect in the alpine (see MIN report).

Winter conditions persist at upper elevations, with stormy weather between Sunday and Tuesday bringing 15 to 30 cm of snow above 1200 m. Cool temperatures over the next few days should keep this snow dry, while sun-exposed slopes and lower elevations will likely turn moist or crusty. The lower snowpack is strong under the current cool weather, but large looming cornices remain a concern this time of year.

TUESDAY: Cloudy, scattered flurries with 5-10 cm of snow above 1000 m, light wind from the south, treeline temperatures around -2 C.