Back off slopes if the surface is moist and limit exposure to slopes with cornices above. 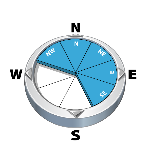 Cornices may be weak and reactive to human triggers. Give them a wide berth when travelling on ridges. They are a significant hazard alone and may produce large slab avalanches as they fall onto the slope below. Cornice falls are more likely when the weather is sunny, warm, or windy.

A above freezing layer at treeline could prevent overnight recovery. Wet loose avalanches could occur on all aspects and elevations except high north facing terrain. 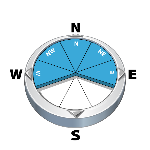 Natural wet loose avalanches up to size 2.5 have been observed on all aspects and elevations except high north facing terrain. We suspect that this kind of avalanche activity will continue due to warm temps and solar input.

Dry snow and pockets of wind slab can still be found on high north facing terrain. Several crusts exist on solar aspects extending to mountain tops. Moist snow will likely be observed on solar aspects and at lower elevations.

Cornices are very large and exposure to slopes beneath them should be minimized, especially if the weather is sunny, warm, or windy. The snowpack deteriorates rapidly at lower elevations.

Sunday: A mix of sun and cloud with no new snow expected. Light to moderate south winds and freezing levels around 2300 m.

Tuesday: cloudy with 5 to 10 cm of new snow expected at higher elevations. Light to moderate southwest winds and freezing levels around 1800 m.