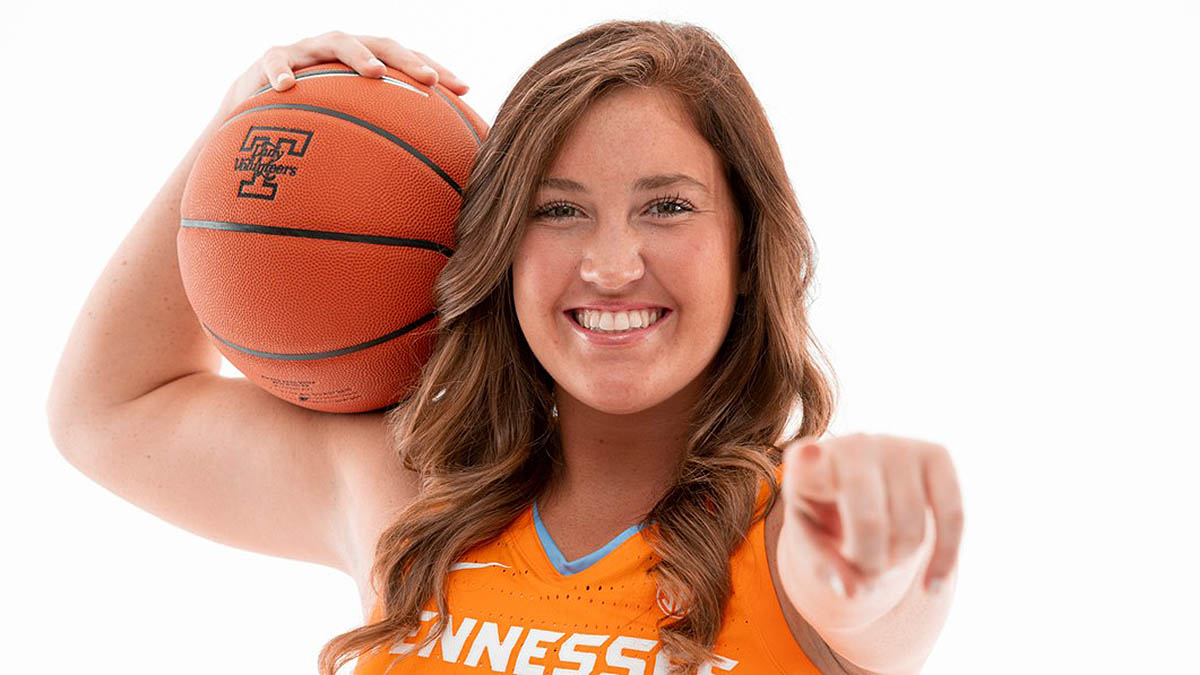 The Lady Vols and Huskies will meet for the 24th time in the all-time series and for the second straight season in a contest that tips at 6:04pm CT.

The Lady Vols come into the match-up having won seven of their last eight games after impressively handling RV/NR Alabama (11-2/4-2 SEC), 82-56, on Sunday. 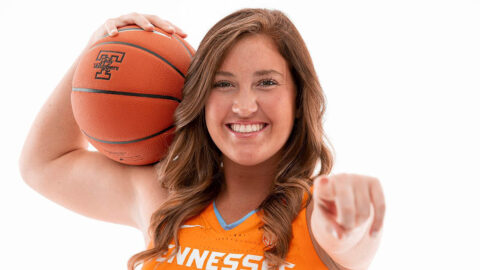 UConn, meanwhile, has competed only twice since December 30th due to COVID-19 Coronavirus playing havoc with its schedule, defeating Providence, 87-50, on January 9th, and Butler on Tuesday night, 103-35. The Huskies’ best win to date is a 72-52 blowout of No. 18/20 DePaul on December 29th. Their January 7th contest at (then) #6/6 Baylor was canceled.

Thursday night’s match-up marks the first in a four-game stretch of home contests for Tennessee.

Thursday’s game will be televised by ESPN2 with Ryan Ruocco (PxP), Rebecca Lobo (analyst), and Holly Rowe (reporter) on the call.

Single game tickets are on sale, starting at just $5.00. Go to AllVols.com to purchase.

We Back Pat Week Underway

January 14th-21st is officially We Back Pat Week. This marks the 10th anniversary of the initiative within the league and was established in conjunction with the Pat Summitt Foundation.

During the week, SEC member institutions will offer support to the Foundation during each of their 18 women’s basketball home games in 14 cities through a variety of efforts that include promotional public address announcements and video endorsements.

Tennessee’s official We Back Pat home game is on January 21st vs. UConn at 6:00pm CT.

January 14th-21st, fashion accessories brand Kendra Scott (which has a store in Knoxville) is donating 20 percent of proceeds from online and select store sales of its Elisa Gold Short Pendant Necklace in Amethyst to benefit The Pat Summitt Foundation.

The Pat Summitt Foundation, a fund of East Tennessee Foundation, was established by Pat and Tyler Summitt in November 2011. Its mission is to award grants to nonprofit organizations that advance research for treatment and a cure, provide care and support for patients and caregivers, and educate the public about Alzheimer’s disease.

Tennessee was ranked No. 28 in the NCAA’s first NET Rankings ever on January 4th and stands at No. 19 as of January 19th. The rating tool replaces the previous RPI formula that was used for helping determine NCAA Tournament invitations and seeding.

In addition to the NET Rankings, the Lady Vols stand at No. 19 in this week’s Women’sHoopsWorld poll and No. 22 in the World Exposure Report poll. UT made its debut in the top 25 of both the AP and USA TODAY polls on January 11th and 12th, respectively, at No. 23 and No. 24. UT is No. 25 and also receiving votes in those polls this week.

Tennessee checks in this week at No. 17 overall and fifth in the SEC on the NCAA’s Strength of Schedule list. That’s even after the UT Lady Vols were unable to play originally-scheduled games this season vs. Texas, Stanford, and others due to COVID-19 Coronavirus.

About the Tennessee Lady Vols

Just a quick reminder that the UT Lady Vols start a freshman, two sophomores, a junior and senior. They have played together as a quintet for seven total games, with Key and Horston being inserted into the starting lineup for the contest at Indiana. The group has demonstrated improvement with each game.

UT is led in scoring by junior guard/forward Rae Burrell, who is putting up 16.7 ppg. and shooting 49 percent from the field, 43.5 percent on threes, and 82.8 percent from the free-throw line. She averaged 10.5 ppg. and shot 41, 33, and 60 percent, respectively, a year ago in those categories.

Senior Rennia Davis, who is on all of the preseason awards watch lists (Wade, Wooden, Naismith, Cheryl Miller), the Wooden Midseason List, and a projected All-SEC First Team pick by the coaches and players, is second in scoring (14.2 ppg.) and is first on the team in boards at 8.3 rpg. In SEC play, she is putting up 17.5 ppg. and 8.5 rpg. to lead UT in both categories.

Davis, who averaged 18.0 ppg. and 8.2 rpg. as a junior last season, had tough luck shooting and found herself in foul trouble in two of UT’s first four contests this season. A breakout game of 19 points and 15 rebounds vs. Indiana on December 17th, however, helped Davis get her mojo back and send her on her way.

The double-double vs. Alabama was her fifth of the season and the 34rd of Davis’ career, moving her one spot out of a tie for fifth on UT’s career list.

Sophomore Jordan Horston, an SEC All-Freshman performer a year ago is third on the team in scoring at 9.5 ppg. and is first in assists average (4.0) and steals average (2.8). She has started the past seven games after coming off the bench the first four, tallying double figures in UT’s past four games with season bests of 14 points and seven assists vs. Alabama.

Sophomore Tamari Key (10.8 ppg./5.0 rpg. in SEC play) has begun to blossom this season, tallying increasingly higher season bests with the past three games (12/14/15). She is shooting 65.5 percent vs. league opponents.

Freshman guard/forward Marta Suárez, joining Burrell and Davis as UT’s only starters in every game this season, is second on the Lady Vols in rebound average (5.7) and is fifth in scoring at 6.1 ppg.

The Lady Vols claimed victory the last time the game was held in Knoxville on January 7th, 2006, by a score of 89-80.

UT is 7-9 vs. the Huskies during regular-season encounters and 2-5 during the postseason.

The Tennessee Lady Vols are 2-4 in games played in Hartford and 2-1 in contests held on campus in Storrs.

Kellie Harper is 0-1 vs. UConn as a head coach, but she was 4-1 vs. the Huskies in games she played as a Lady Vol.

Harper (then Jolly) had 19 points and three assists vs. the Huskies in the 1997 Midwest Regional Final in Iowa City.

About the UConn Huskies

The Huskies are led by 36th-year head coach Geno Auriemma, who is 1,099 and 142 in his career with 11 NCAA titles to his credit. The win over Butler moved him past Pat Summitt into second on the all-time NCAA Division I women’s basketball victory list behind Stanford’s Tara VanDerveer.

Christyn Williams and Aubrey Griffin chipped in 17 each, while Evina Westbrook and Paige Bueckers added 14 and 13, respectively, as UConn hit 61.5 percent from the field, including 45.5 (10-22) from three-point range. Griffin added 10 boards for a double-double.

Butler could manage only five points in the second and fourth quarters, with two players (Okako Adika, 18, and Genesis Parker, 15) combining for 33 of the team’s 35 points for the contest.

The Tennessee Lady Vols put four players in double figures, led by 21 points from Sidney Spencer, to defeat No. 7 UConn in Knoxville, 89-80, on January 7th, 2006, the last time these programs met on Rocky Top.

Candace Parker and Shanna Zolman tossed in 13 each, and Alexis Hornbuckle was a dime shy of a triple-double with 10 points, 14 rebounds, and nine assists.

Next Up for UT Women’s Basketball

The Tennessee Lady Vols basketball team expected to be on the road at Vanderbilt on Sunday, but the Commodores have ended their season due to COVID-19 and other reasons. Therefore, the Lady Vols have rescheduled a home game with Kentucky that was postponed on January 3rd. UT and UK will meet in Knoxville at 1:00pm CT on Sunday in a contest carried by ESPN2.