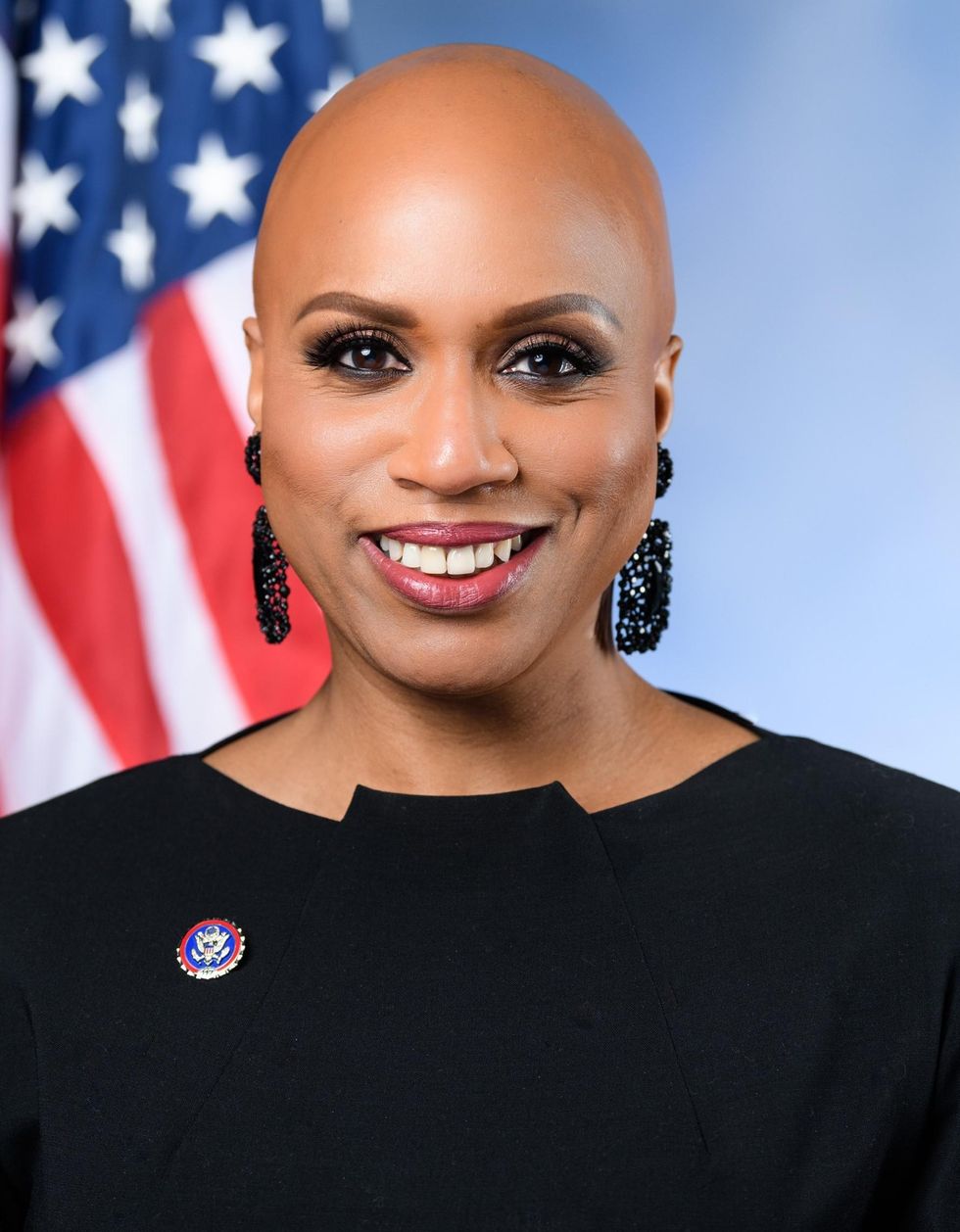 Ayanna Pressley Has Had Enough Of Lauren Boebert's Sh*t 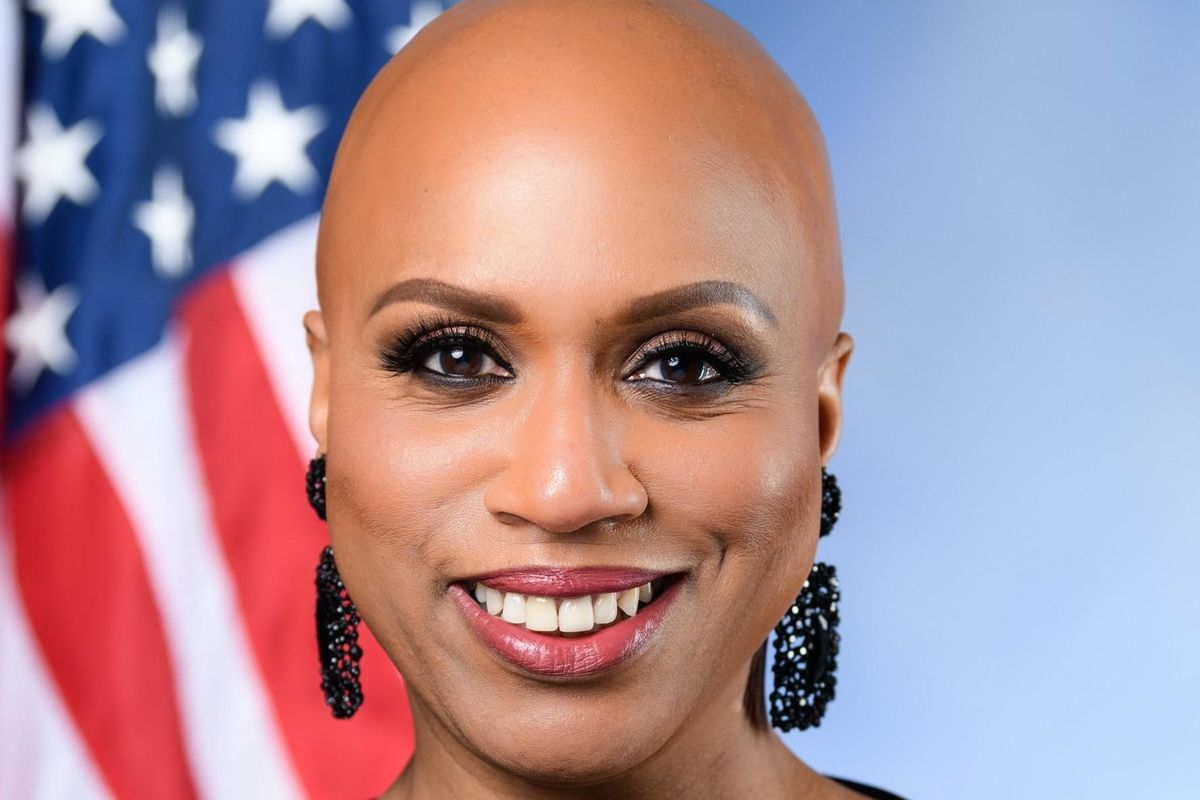 We all know what Rep. Lauren Boebert said.

That woman snorts media attention like lines off a toilet seat on 2-for-1 margarita night, so there's no need to give her another bump by rehashing her appalling, Muslim-bashing rants against Rep. Ilhan Omar. And anyway this isn't a post about that useless windsock. This is about the elected representatives who show up every day and do their damn jobs.

People like Rep. Ayanna Pressley, who will offer a resolution later today to strip Boebert of her committee assignments for failure to live up to basic workplace standards. As first reported by the Washington Post, Pressley is following up on a statement joined by 37 of her progressive colleagues calling to sanction Boebert for her "blatant, vicious Islamophobia."

"We owe it to [Muslim constituents], and to every person who has been the recipient of harassment and verbal abuse based on their religion, race, gender, sexuality, or other identity, to stand up and show them that their votes to send us here mean something — that our values mean something, and are worth defending," they said.

And like the statement, Pressley's proposed bill gives very little oxygen to Boebert's antics. Because the GOP may want to make every single bloody thing about LIBERAL TEARS in a neverending culture war, but adults simply do not behave this way at work. This would be conduct unbecoming a fry cook at Wendy's, much less a Member of the US House of Representatives.

Here's the entire text of the Resolution, posted by Daily Kos:

Whereas clause 1 of rule XXIII of the Rules of the House of Representatives provides, ‘‘A Member, Delegate, Resident Commissioner, officer, or employee of the House shall behave at all times in a manner that shall reflect creditably on the House"; and

Whereas Representative Lauren Boebert should be removed from her committee assignments in light of conduct she has exhibited: Now therefore be it

Resolved, That the following named Member be, and is hereby, removed from the following standing committees of the House of Representatives:

COMMITTEE ON THE BUDGET: Mrs. Boebert of Colorado.

Short, and to the point. Because accusing your colleague of supporting terrorists and pretending that she might be carrying a bomb because she's Muslim is shit that would get you fired at any company in America.

"This would be unacceptable in any workplace, and is certainly unacceptable in the halls of Congress. If Boebert chooses to spend her time threatening the safety of a colleague because of her religion it will not be from the privileged perch of congressional committee,” Rep. Judy Chu told Kos reporter Brandi Buchman.

It's unclear when or indeed whether the resolution will be brought to the floor for a vote. House Speaker Nancy Pelosi refused to be pinned down when asked about it yesterday, telling reporters, "All you do is ask us what we’re doing about what they should be doing as far as their members but as their behavior is beneath the dignity of this institution.”

Of course no one expects that limpdick House Minority Leader Kevin McCarthy to do diddly squat to rein in his caucus, particularly when he'll need their votes if he wants to gain the speakership in 2023. The most he seems to have been able to manage is a tepid admonition that “Congress is not junior high" during a closed-door caucus meeting last week.

And so it falls to Democrats to take out the trash, as usual.

“Without meaningful accountability for that Member’s actions, we risk normalizing this behavior and endangering the lives of our Muslim colleagues, Muslim staffers and every Muslim who calls America home. The House must unequivocally condemn this incendiary rhetoric and immediately pass this resolution. How we respond in moments like these will have lasting impacts, and history will remember us for it,” Pressley told the Post.

Click the widget to keep your Wonkette ad-free and feisty. And if you're ordering from Amazon, use this link, because reasons.

Ayanna Pressley Has Had Enough Of Lauren Boebert's Sh*t