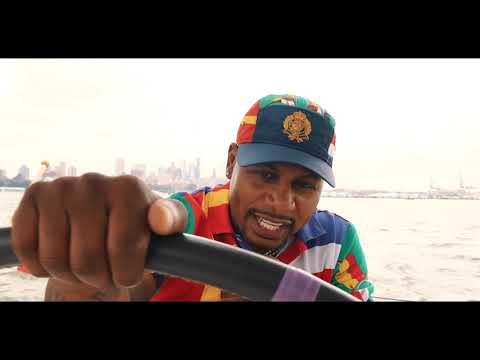 AZ Is Still Keeping It Real On Doe Or Die 2

Life is too short to listen to bad music. So…let Ambrosia For Heads sift through it for you and only supply you with that great stuff. Despite the reports, Hip-Hop is alive and well and, in many ways, is better than it’s ever been. Not only can we go back and listen to all of our favorites, at the click of a button, but there is also a ton of great music still being made by artists, young and veteran alike…if you know where to look. To help with that task, we’ve created a playlist with recently-released music. We update it regularly, so, if you like what you hear, subscribe to follow us on Spotify. Today (September 10), AZ released an album more than a decade in the making. Doe Or Die II finally arrives, marking the East New York MC's first proper album in 11 years. Honoring some of the personnel from its 1995 first installment, DOD2 features involvement from producers Pete Rock and Buckwild along with contributions from Alchemist, Naughty By Nature's Kaygee, Rockwilder, Bink, and Heatmakerz. On the vocal side, AZ recruits Rick Ross, Conway The Machine, Lil Wayne, Dave East, and T-Pain. Nas, Rakim, Pete Rock & More Break Down Why AZ Is 1 Of Hip-Hop’s Best Visualizers (Video) Among the 13 songs on the self-released LP, "Keep It Real" is a strong highlight that shows AZ has not deviated from his tried-and-true formulas. Produced by former Beatminerz crew member Baby Paul (who has been in AZ's camp for years), the song pays tribute to an early '80s Rap classic from another street-savvy lyricist. S.O.S.A. raps with a syncopated flow: "Top tier / I'm official, I rock wares / I do not fear / I'm like ak' on his Allah prayers," before spitting, "Accepted or rejected / I rest on ethics / Nothing left but to respect it." The song closes with AZ flipping a catch-phrase from Illmatic, the same classic album where he made his debut—and led him down the path to DOD. "Ritual" is another Doe Or Die II highlight. On an ominous Alchemist track, AZ links with mid-'90s peer Lil Wayne and an MC both presumably influenced: Conway The Machine. A kicks things off with a slower and convincing delivery. Conway enters wasting no time, looking at his fast accomplishments and bragging that he is already in a financial position to retire. Wayne closes out the song with bars including, "I eat rappers alive and ask for the dessert menu / After the church send you / The casket and dirt hit you / The nina gonna give you head after she flirt with you." Weezy then shouts out AZ and The Firm on his way out, suggesting that he was a fan from rip. Previously, S.O.S.A. and ALC crossed paths for "Professional Style." Nas & AZ’s Illmatic Collabo Was Supposed to Be Over "Juicy." Hear What Could Have Been (Audio) You can hear “Keep It Real,” "Ritual," and other selections from DOD2 on the official AFH playlist, well as new music from Nas, Drake, Kendrick Lamar, MF DOOM, CZARFACE, Lloyd Banks, Ransom, DMX, Griselda, and Statik Selektah, among others. Press image provided by AZ. AZ Releases A Mixtape Of Freestyles & Guest Appearances To Remind His Legacy Is Strong #BonusBeat: AZ's newly-released "Just 4 U" music video:
Source: ambrosiaforheads.com

AZ Is Still Keeping It Real On Doe Or Die 2