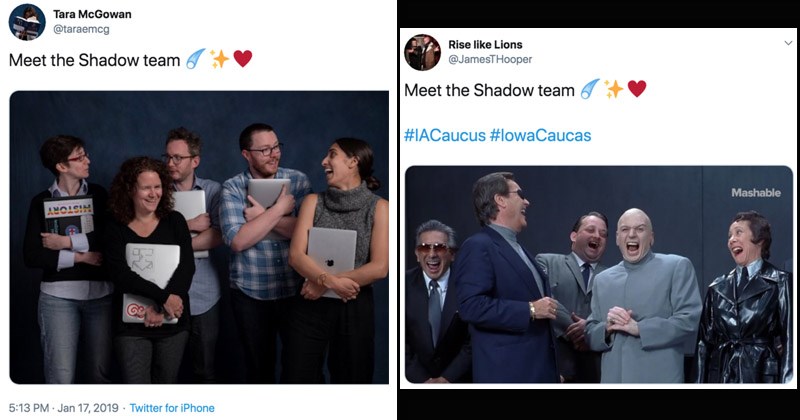 Meet the Shadow team in charge of developing an app meant to help tally the votes from the Iowa caucus on Monday night. The purpose of the app was to help the process run more smoothly, but in the end it proved to be a complete and utter disaster, as precinct chairs supposedly couldn't get the app to actually work, in turn causing a delay in reporting.

The delay was blamed on "inconsistencies" in reporting, but honestly, who really knows what the truth is.

The team is reportedly run by people who worked on Hilary Clinton's presidential campaign in 2016. Additionally, 2020 candidate Pete Buttigieg's campaign paid the tech firm over $40,000 in 2019 leading many to suspect foul play.

But this is America, and we can't possibly have problems with corruption, right?

As of right now, we still don't have all the results from the caucus, so while you continue to anxiously refresh the New York Times page, have some hot Twitter takes on the people (rats) behind Shadow, Inc.