I woke up at 5 am on Saturday, Feb. 23rd.  Checked the clock and rolled over to go back to my dream. At 6, I was still awake and to the sound of Bill’s slumber breathing, I got up and got dressed. By the time I came out of the bathroom and got downstairs, I heard him get up. He has to be the fastest ‘waker-upper’ that I’ve ever known. From a deep sleep to appearance at the bottom of the stairs fully dressed in what seems like seconds. 😃
I knew the morning was a busy one with things I wanted to do and things we wanted to do so I sat first to finish my post. Bill made our tea and coffee and sat with me at the table. Once my tea was done, I hopped in the shower and then he did the same. I slipped out the door for my walk. It was just before 8 and I wanted to get a sneak peak of the Park Wide Yard Sales before we headed out.
I found only one thing interesting enough to purchase and that was a set of Arizona coasters and table runner for $1. Sold! Back home, Bill was getting a piece of toast and jam for breakfast so I did the same. I honestly which came first, the walk or the breakfast but nevertheless, both got done. I packed up the sandwiches I’d made yesterday and drinks into our small coolers. The weather was going to be perfect!
Today, was the Fly Yuma R/C Air Show 2019 put on by the Yuma Aeromodelers at the Contreras Field. The field is located at Hwy 95 and Rifle Range Rd, fitting as there were numerous rifle sounds coming from the range during the flight show. 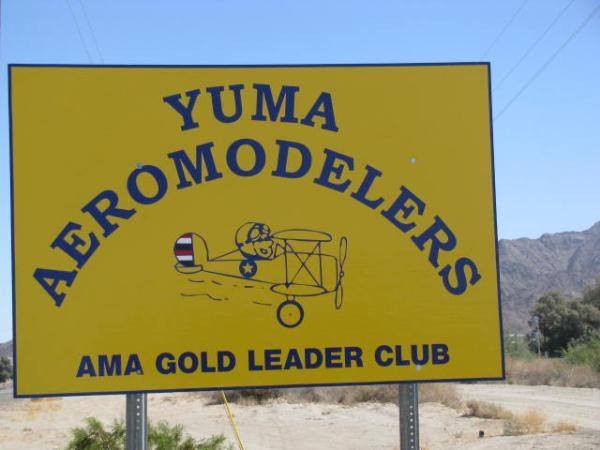 We arrived, with Rob and Pat and Clemson and set up our chairs at the northerly end of the runway. This is a 600 x 60’ paved runway, by the way. There are shaded pits for morning and afternoon flying and AMA and MAAC pilots are welcome.
Bill wasn’t flying today, however, he could have, after the show or tomorrow had he brought a plane. There were 47 pilots today and only one mishap during the whole 4-hour event. That’s pretty darn good, unfortunate for him, but a great turnout. We’d taken Clemson’s tent along rather than leave him at home. He enjoyed the outside air just as much as we did. Ken showed up almost immediately after we got set up so squeezed in beside Rob.
I tried not to go crazy today with the pictures, leaving that up to Bill and Ken, but I did get a few good shots of the action. Between radio controlled ‘foamies’ (exactly that, Styrofoam planes) quad-copters (drones), jets, para-gliders, dancing helicopters and even electric kites we were surely entertained from start to finish. After the flying part of the show ended, the pilots lined their planes up on the runway and invited spectators to walk around, take pictures and talk to them about the hobby or the planes.
We said goodbye to Ken around 2:15 and drove home. Clemson, of course, needed to be fed and Bill needed a nap. I was feeling tired out too, from the glorious 63F sunny day.
The wind was minimal, as if everyone’s prayers were answered for a calm flying day. Hey, I guess they indeed were! Feeling the heat, we changed into shorts and I poured myself a diet gingerale for a refreshment and once caught up on my writing, took it outside for a bit more of that Vitamin D.
As I stepped outside and around the corner to my chair, Rob and Pat were just coming out for Happy Hour. Yay! How nice that the weather has finally cooperated so we can spend some time outdoors. Bill was snoozing in his chair so I let him sleep for another half hour before tapping on the window. “Are you joining us?” He poured himself a drink and came out. Wow, was that sun ever nice!
We all sat and enjoyed each other’s company chit chatting about travel, Yuma, parks in the area, memberships and next year. Before we knew it, it was 5 o’clock. I certainly wasn’t cold, I was basking in the sun, but we came in to start thinking about supper. Bill downloaded his pictures from today while I got my soup and breadsticks from Olive Garden out of the fridge. Just a warm up is all they would need and Bill decided on toasted tomato sandwiches for a change.
Supper turned out good when we finally got to it and then after dishes, we both worked on our pictures. Clemson was zonked tonight, he has been in one of our chairs (with or without us) ever since he ate his meal when we got home. He has lifted his head a few times, remade his ‘niche’ a couple and dropped it back down again. It is obvious that he just needs more fresh air and walks to tire him out. It just goes to show you that a 14 + year old dog still has energy to burn off.
I poured myself a glass of Rum Chata for a change and sat to finish my blog post. This has been a really nice day. We had fun with friends, took a lot of pictures, lunch ‘out’ and saw a lot of great entertainment at the same time.
Yup, a great day. I hope yours was as good and that the snow in your area (if you got some yesterday) is gone. This is Arizona, after all! 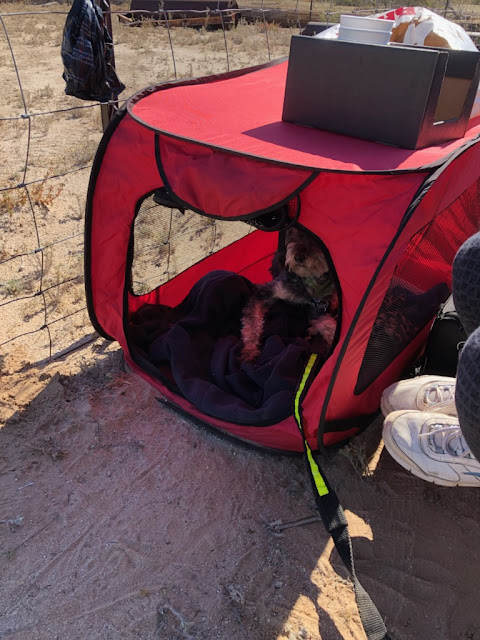