Weather for the work week ahead is expected to be fairly tranquil with mostly seasonal temps and little in the way of rainfall.  What rain and drizzle that does fall will be concentrated across our coastal zones and up into central, north and eastern Texas beginning Monday night and continuing off and on through Friday.  While today is expected to be quite sunny, dry and pleasant across the state, we’ll begin to see overcast conditions returning across the south, central and eastern regions of the state early on in the week.  This of course will be due to increasing moisture from the gulf which will bring the aforementioned chances for rain and drizzle.  It would be nice to see the sun a bit more this week, but at least we’re not going to be dealing with flooding rain, snow or ice.  The western half of the state is expected to remain dry and rain-free with breezy conditions each afternoon. 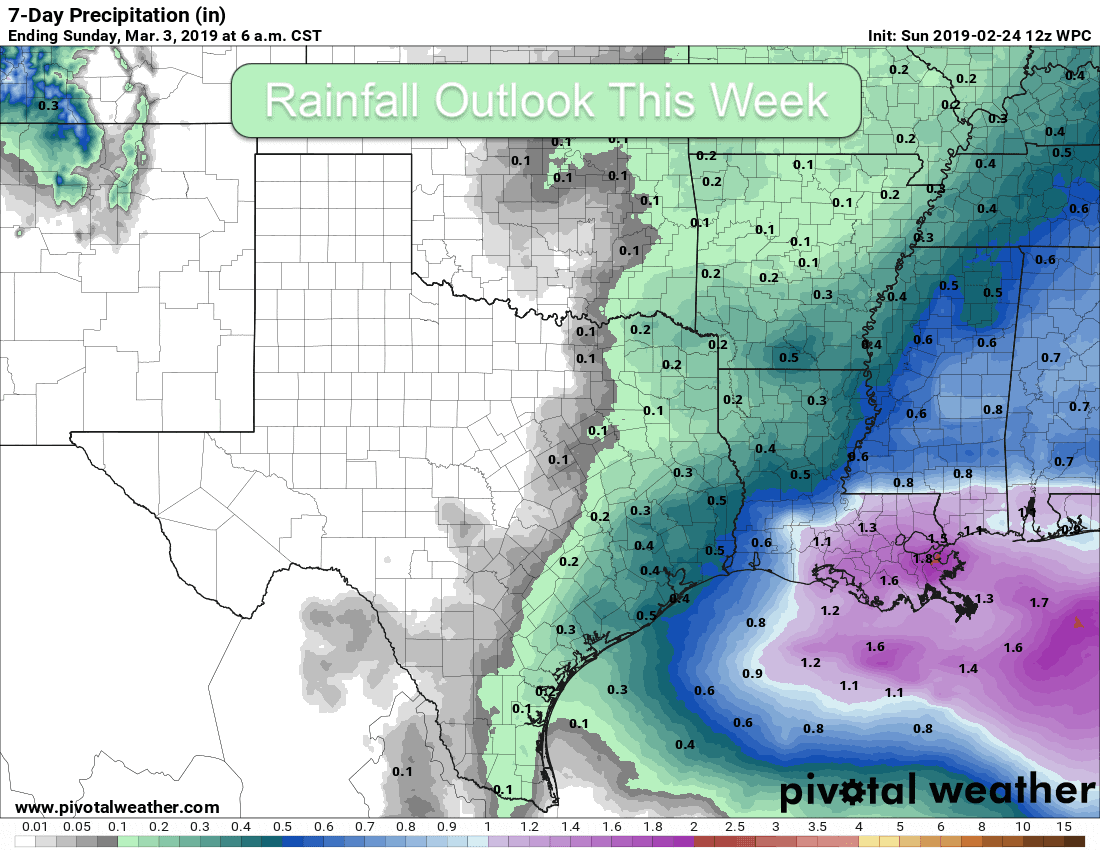 Temps will remain seasonal and mild with Wednesday expected to be the warmest day of the work week overall. A cold front will try to ooze in on Thursday but is not expected to make much of a southward push at this time. It should keep the far northern half of the state slightly cooler, but nothing more significant.  Our next strong cold front is not expected to arrive until next weekend if the current forecast models stay on track.  I’m sure you’re asking yourself why does it have to be on the weekend…and I wish we had an answer to that mystery!   We’ll have more on this next front later on in the week as the forecast becomes more clear.  The takeaway is…enjoy the nice days while you can before winter returns to remind you it’s not done yet!

The post Quiet Weather Expected This Week – Seasonal Temps with Some Showers and Rain appeared first on Texas Storm Chasers.