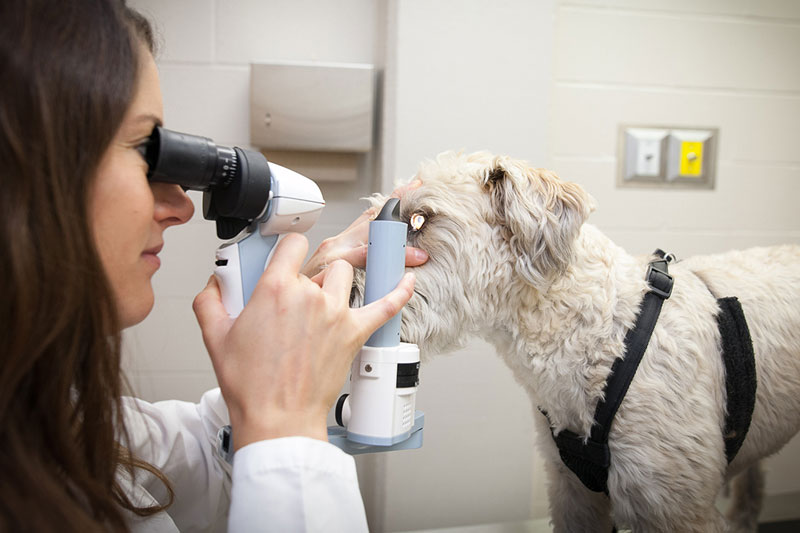 Bacteria on eyes’ surface not all the same

When diagnosing ocular conditions, veterinarians may want to be precise in where, exactly, they swab.

This is according to a newly published study out of the University of Saskatchewan (USask). Researchers from the Western College of Veterinary Medicine (WCVM) have discovered bacterial communities vary on different parts of the eye surface—a finding they say significantly alters understanding of the mechanisms of eye disease and may lead to the development of new treatments.

“The way we’ve always understood the ocular surface was that it contained a single bacterial population,” says the study’s co-author, veterinary microbiologist and WCVM assistant professor, Matheus Costa, DVM, PhD. “Now, we learned different portions of the surface seem to have different bacteria that predominate, which has implications for disease mechanisms of multiple types of ocular surface conditions.”

The pilot study, which was led by WCVM assistant professor Marina Leis, DVM, DACVO, was conducted on eyes from 15 piglets, selected because pigs’ eyes are relatively similar to human eyes (the animals were euthanized for reasons unrelated to this research, USask says). Using models allowed for the sampling of the cornea without use of topical anesthetic drugs that might disturb the microbiota of the eye.

Researchers found the corneal surface provided a distinct environmental niche within the ocular eye surface, leading to a bacterial community different from all other sample types.

“As ophthalmologists, we work under the assumption that the cornea is largely devoid of bacteria, or at least clinically relevant players,” Dr. Leis says. “What we found puts this view into question.”

For example, WCVM reports, two distinct types of bacteria were found in a significantly larger proportion in association with the cornea.

“These two types of bacteria not only have a reported association with the ocular surface in the literature but also have the potential to cause opportunistic infection,” Leis says.

The findings, researchers say, suggest the location on the eye surface matters during routine collection of a swab for diagnostic purposes.

Funding has been secured for follow-up translational studies targeting other species of interest to veterinarians. This will be particularly beneficial for companion dogs, as they are susceptible to dry eye disease.

The study, which was conducted with funding from the WCVM Companion Animal Health Fund and the Department of Veterinary Clinical Sciences at the University of Minnesota, has been published in PLOS One. To access it, click here. Gabriela Madruga, a PhD student from São Paulo State University in Brazil, also co-authored the study.

Written with files from WCVM Today.

The post Bacteria on eyes’ surface not all the same appeared first on Veterinary Practice News.

Bacteria on eyes’ surface not all the same