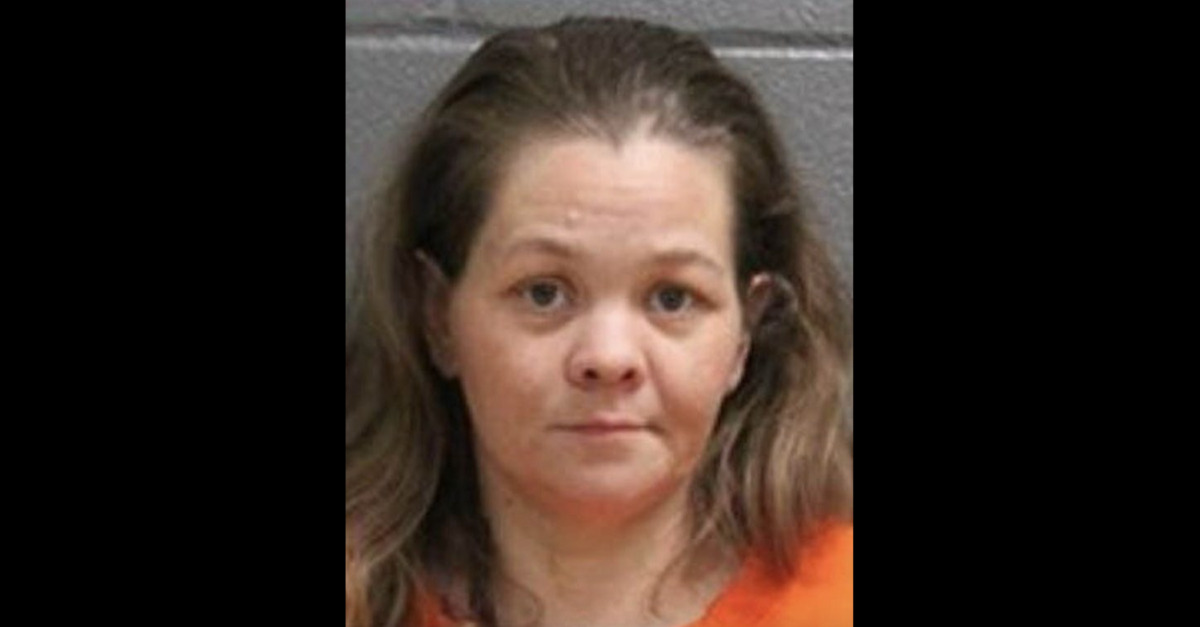 An Upstate New York woman accused in the days-long torture of her boyfriend’s wife in Fulton County on Friday had a bail hearing on charges of kidnapping, sexual abuse, and assault with intent to disfigure.  Judge Michael Smrtik set bail at $500,000 cash or $1 million bond.

According to the alleged victim, defendant Nicole Elmore, 35, was “involved in everything” that happened to her during six days of violence and sexual humiliation beginning New Year’s Eve of last year.

As Law&Crime previously reported, the alleged victim says she was kidnapped at gunpoint by her estranged husband, Justin Wilson, 31, sometime between 7:30 and 8:30 p.m. on the night in question. Eventually, she says she was severely beaten before being locked inside a small room with a pit bull.

Over the course of the next several days, the woman claims she was subject to a litany of increasingly vile sexual assault and torture. In one instance, she says she was forced to fully undress in front of the couple before being burned on multiple parts of her body.

The third day was particularly brutal, according to her version of events. The woman was allegedly forced to clean dog feces from all over the trailer before being forced to perform oral sex on Wilson. After that, she was allegedly told she wasn’t good enough and then directed to put her hand down on a flat surface. The woman says she next remembers seeing her husband cutting off the edge of her right-hand pinky finger. Wilson then allegedly used a flame in a crude effort to cauterize the wound, the victim alleges.

On the fourth day, the woman said that she was sodomized by Wilson with either a “T-ball bat” or a “baseball bat,” according to varying accounts by The Daily Gazette and the Times Union, respectively.

The woman also claims she was brought to a motel in nearby Amsterdam, N.Y., where she was again beaten, again sexually assaulted, and then viciously humiliated by being forced into a toilet filled with urine — all before Wilson allegedly nearly drowned her in a hot tub.

“Throughout the entire time I was with Justin, he was threatening to kill me and told me if I didn’t kill myself, he would kill me,” the woman told New York State Police after escaping. “He beat me, burned me, cut off my finger, sodomized me and I thought I was going to die.”

On Friday, Acting District Attorney Amanda Nellis said she didn’t think Elmore deserved bail at any amount due to her alleged role in the torture. When pressed to give a number, however, the prosecutor offered $1 million, according to Albany NBC affiliate WNYT.

The judge, for his part, reportedly told the defendant the allegations against her are the worst he’s ever seen — short of murder itself.