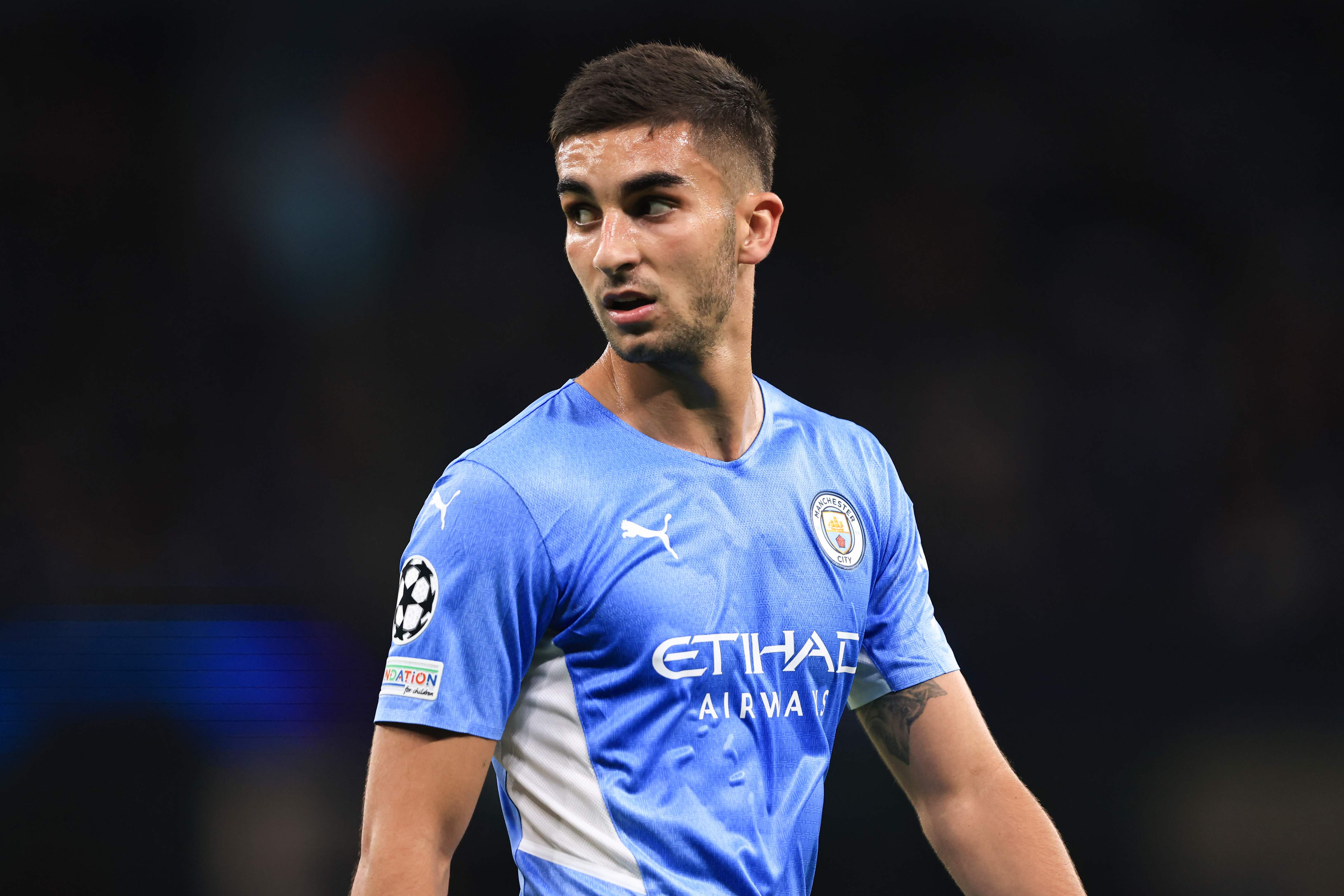 Barcelona manager Xavi has revealed the club must sell players in order to reduce the wage bill before they can register Ferran Torres.

The Spaniard completed a £47million move to the Nou Camp last week to end his 18-month stint at Manchester City.

Torres is understandably desperate to get going at the club but Barcelona are unable to register him immediately due to the crippling financial situation at the Camp Nou.

The club were forced to sell the likes of Antoine Griezmann and Luis Suarez in recent years, while they were unable to extend Lionel Messi’s contract.

A loan helped to finance a move for Torres but Xavi has revealed that the club must first sell players before they can add the winger to their squad.

‘Ferran Torres is a spectacular signing, both as a player and a person,’ said Xavi.

‘He’s coming off an important injury, he has fantastic commitment, he’s going to give us a lot, I’ve no doubt about it. He can play in different positions, I’m very happy with the effort made by the club to get him.

‘We’ll see how the salary cap situation is, if it’s possible right away. There has to be players leaving. If we get Dembele to resign his contract and lower his pay it will allow us to sign Torres and we hope that it can happen.

‘His greatest virtue is his personality, he’s very ambitious, excited, implicated with a high commitment, you can see it in his eyes. The mentality he has is tremendous, hopefully you will be able to see it soon.’

Neville praises Lukaku for being 'authentic and honest' during explosive interview

City have no plans to replace Torres in the January transfer window and will instead give more chances to the likes of Cole Palmer.

Guardiola will then use the money to finance a move for a centre forward this summer, with Erling Haaland the club’s first choice.