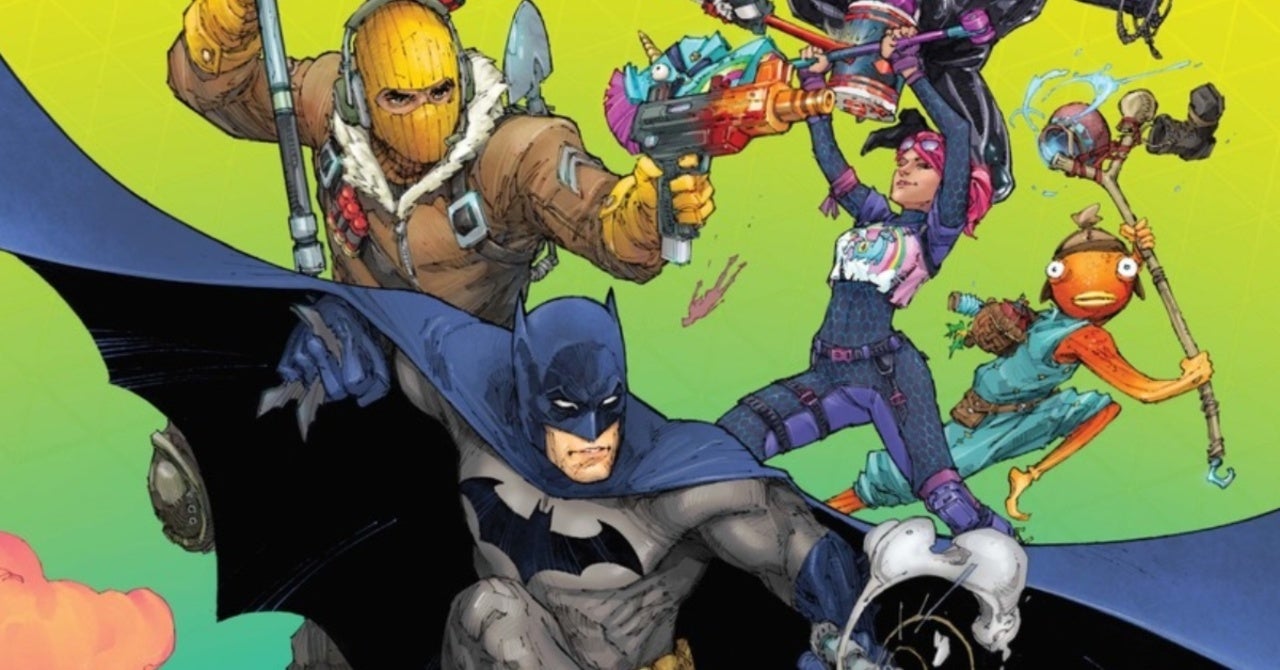 Batman/Fortnite: Zero Point is officially in full swing, and the six-issue comic miniseries has already gained a lot of attention. The comic follows an unlikely crossover between Batman and other DC Comics characters with the world of Fortnite's Battle Royale, and as fans have already seen, that results in some zany team-ups and character interactions. Even with characters like Batman, Catwoman, Harley Quinn, and Deathstroke expected to factor into the larger event, there are definitely a lot of additional DC Comics characters who could fit into the world of Fortnite -- and it sounds like the series' creative team wouldn't be opposed to exploring those possibilities further. During a recent press conference attended by ComicBook.com, Zero Point writer Christos Gage and artist Reilly Brown were asked if they would be interested in working on any additional DC Comics or Fortnite crossovers.

"I definitely would," Gage revealed. "There are just so many characters that would make for a good story. I tend to go to some of the more wacky characters, like Plastic Man, for example. He'd be perfect. There, he'd fit right in. And then on the other hand, what about The Spectre? He [can] just sort of get in there and be all wrath of God on everybody. That's kind of the fun part, is [with] every different character, you think of putting that character into the world and how they would uniquely react to it and it would react to them. I think I could do it for a long time without getting tired of it."

For Brown, the fun would also come from further exploring the eccentricities of the various characters within the Fortnite universe, something that Zero Point is set to touch on in some capacity.

"I think it'd be a lot of fun not just to draw the DC characters interacting with the Fortnite world, but just to explore some of these Fortnite characters on their own," Brown added. "There are so many cool character designs and concepts in the Fortnite crowd that I'd love to explore some of them. Especially because there are so, so many of them are unwritten yet. You just gotta look at them and you wonder, 'Oh, what type of world is this person from? Like Cuddle Team Leader, is she from a world where everybody just dresses like sports mascots, or is she the one person that does is because it's her job? Or is she a crime fighter over there too?' Because if you look at our book, you have Batman and Catwoman coming by, and they both dress like bats and cats, and that's not the way that everybody got them city dresses. It kind of makes you think 'Who are all these guys? What are their worlds like, and how do they fit in?' And so I think that that would be a lot of fun too."