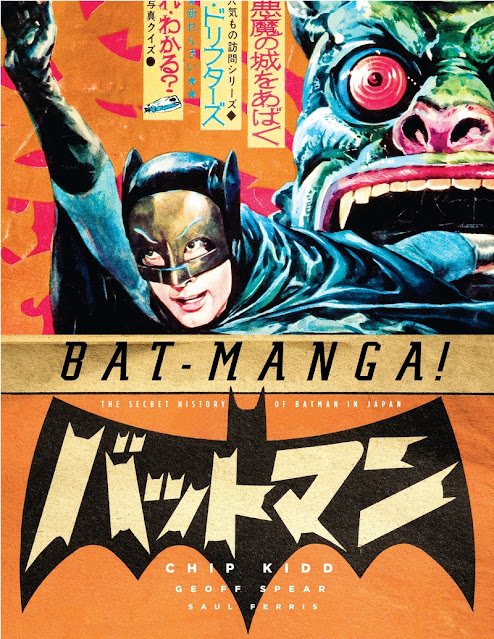 I close out my month-long look at the "Batmania" which swept the world in the mid-1960's with the arrival of the Batman TV show (in Color). It swept pop culture along before and for a few incandescent months it seemed the planet was indeed maniacal about Batman. But in all that delight and detritus the strangest offering might well be Japan's Bat-Manga, a comic version of the Gotham crimefighter done in the style of Japanese comics. They are weird and for me at least the most difficult thing about them was learning to read them since they don't follow the rules of Western comics much at all. 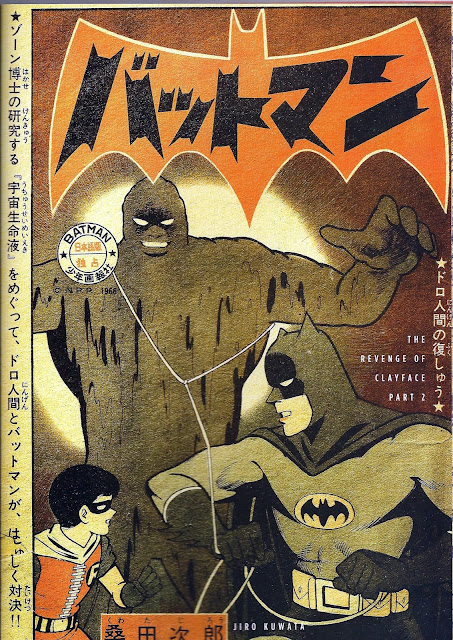 Those of you with more adept Manga skills will know the books are read seemingly backwards from the perspective of traditional Western book binding and the panels on the page run right to left and not left to right as I have been accustomed to from decades of comic book reading. It me took several minutes to adjust and I still would reflexively scan pages wrong from time to time. 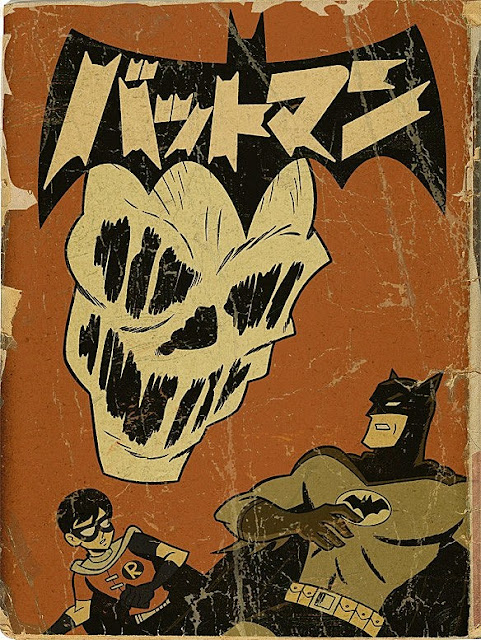 The stories by artist Juro Kuwata are briskly paced, and the imagery is much more fluid than Western comics, with more emphasis on movement than details. The stories contained here can be frustrating because many are incomplete since Chip Kidd did not have access to all the manag he needed to make the book, but just what was at hand. It felt like was reading vintage comics borrowed from a friend and often one might not get the full story, but enough to make sense. 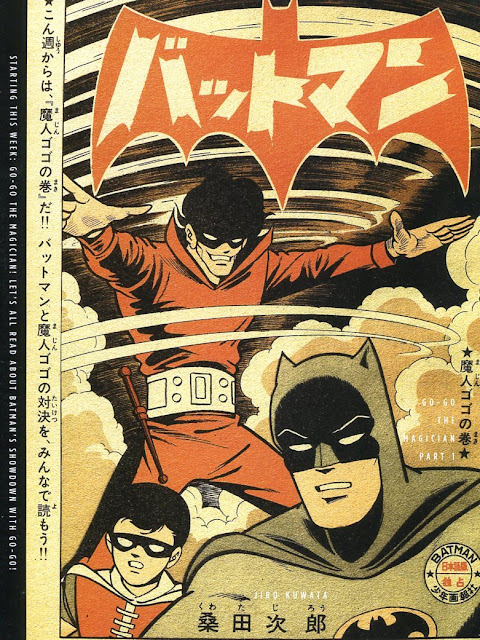 The villains are a major drawing card here as they utterly weird. Batman and Robin come up against a version of Clayface who transforms into darn near everything, a skull-faced character called Lord Death Man who seemed to rise from his grave time after time, a version of the Flash rogue Weather Wizard who gets the additional appellation of "Go-Go", a lurid named No-Face who attacks Batman's visage on Mount Gotham no less, a super-intelligent Gorilla created in a laboratory who goes by the name of "Karmak" and steals Batman's smarts for a time, and finally a highly-evolved human mutant who has telepathy, telekinesis, and a loathing for all mankind. 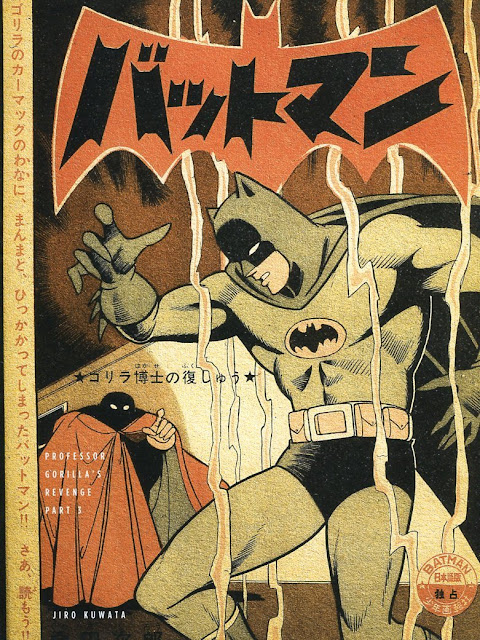 You get a good sense of these baddies and to be honest they are much more interesting than Batman and Robin who spend nearly all the time in costume as battling crimefighters with virtually no attention paid to internal characterization. These are wild adventure yarns that move at a headlong pace to their finales (when the finale is included). 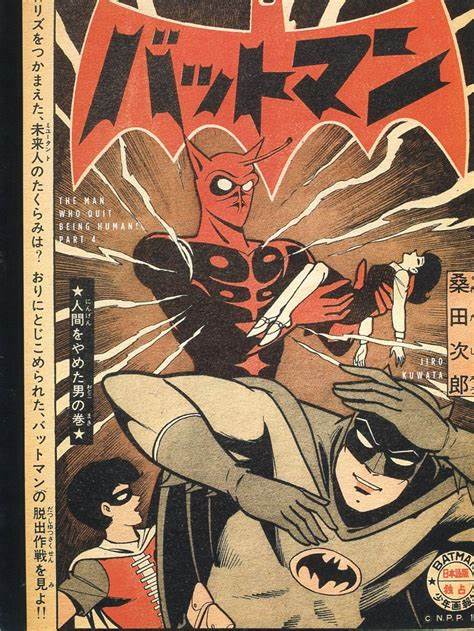 I cannot really recommend this tome and certainly not for full price.  I got mine for cheap at a used bookstore. It's a curio filled up with these Manga stories and lots of nifty images of Batman toys and whatnot from the era. But if you're a "Batmaniac" these Japanese gems might be right up your alley.
Rip Off
Source: ripjaggerdojo