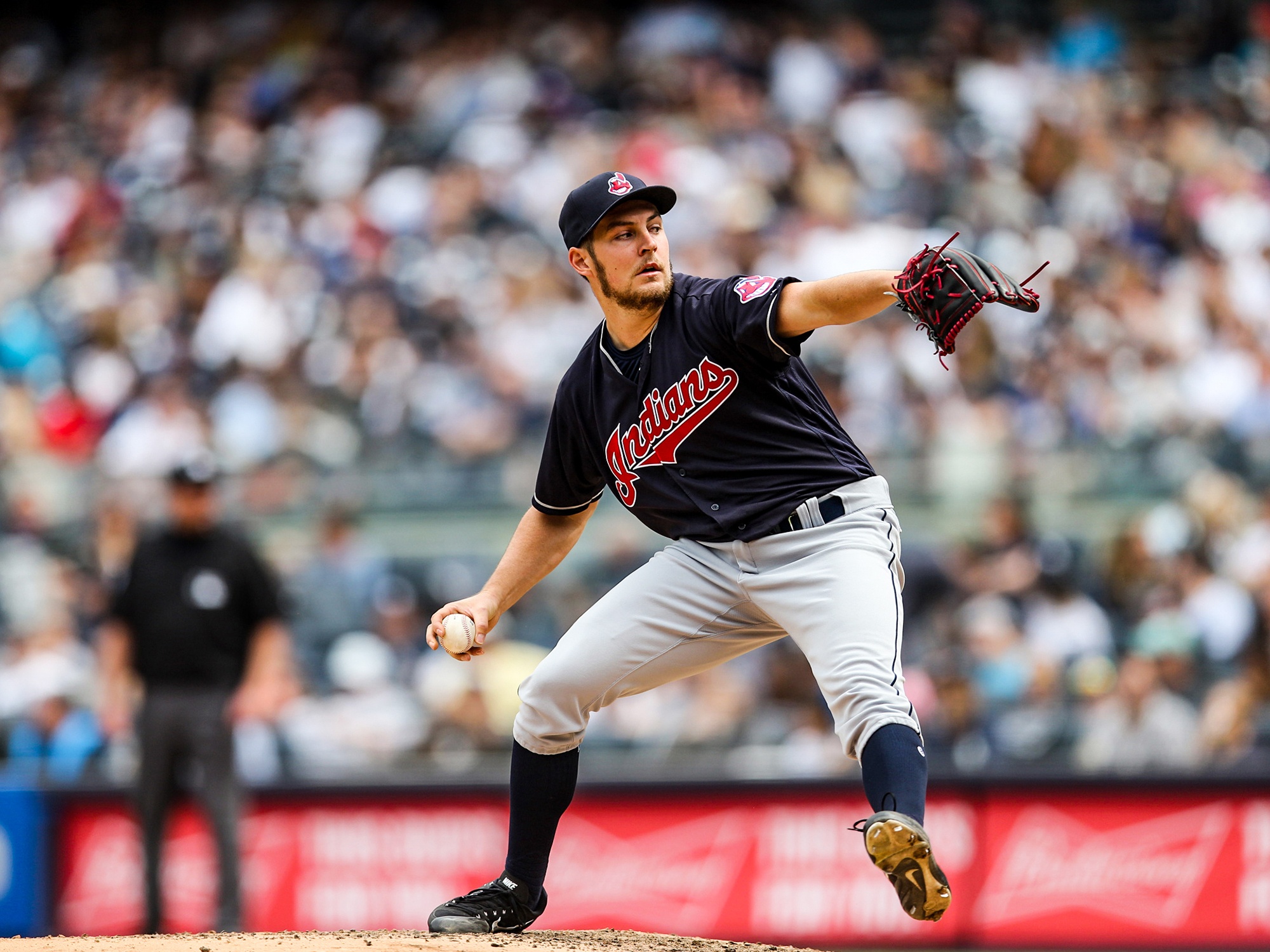 The Major League Baseball community reacted swiftly and with malice after MLB Commissioner Rob Manfred handed out year-long suspensions to Houston Astros manager A.J. Hinch and GM Jeff Luhnow (their days only got worse when the Astros fired the duo.) One player that is never been afraid of speaking his mind is pitcher Trevor Bauer. The current Cincinnati Red was a member of the Cleveland Indians during the 2017 season. He’s never been a fan of the Astros. Bauer took to Twitter Monday afternoon and evening to address the Astros’ cheating scandal.

Bauer implied back in 2018 that the Astros’ pitchers were also doctoring the baseball.

If only there was just a really quick way to increase spin rate. Like what if you could trade for a player knowing that you could bump his spin rate a couple hundred rpm overnight…imagine the steals you could get on the trade market! If only that existed…

So let me get this right. You steal signs and get fired, but you do steroids and get millions of dollars in contracts and inducted into the Hall of Fame? #makesnosense

If I would have knew this when I played, I could have got a lot of players fired for stealing signs from second base!

Former Atlanta Braves outfielder and current sportscaster Ron Gant had this to say:

“My first thought was that this is really unprecedented, because even back during the days when I was in Major League Baseball, we thought that teams were stealing signs, but not with technology,” Gant said. “That was my initial thought, but my next thought was that it left Ron Manfred with no choice but to do this. It’s been going on for a while. The Astros were accused of doing it before, and they’re still doing it. So really the fines and penalties do not surprise me at all.”

“If I’m playing against a team and I’m trying to win, I want to know by the rules that you beat me fair and square, that you were just better than I was,” he said. “But when stuff like this happens, it taints the entire game. You look back at those World Series and some of these games played in the playoffs, and it’s just — there’s an asterisk next to it. And it’s going to be like that forever.”

From current and former players:

If the Dodgers are planning a 2017 World Series parade, I would love to join! So if that is in the works, can someone make a Yu Garbage Jersey for me?

Didn’t really expect the punishments to be this harsh. Good for MLB stepping up. Still don’t know what’s more frustrating tho, an ex teammate of the WS title team talking publicly about his team cheating or so many guys being down to use a damn trash can lol. Should take the ring

Fascinated on how MLB came up with punishment. How much does a big market team hurt by losing a 1st & 2nd round pick back to back years?

Lastly, doesn’t the org save $ by not paying for the slot value of those picks?

Kershaw, Jensen, Dre, JT, Dave Roberts etc. Legacies were altered because the stealing of signs didn’t occurred on the field of battle man to man but it was off the field, in a tunnel, using technology. #SMH #MLB https://t.co/aXZeRLyeQ2

This will be bad, and not just for Cora the destruction of this concussion wave will be felt by all who are close to him. https://t.co/QyuB6uoFHm

You can bet there are going to be additional reactions by current and former players after Boston manager, and former Houston bench coach, Alex Cora is suspended. The severity is expected to be worse than that of Hinch.