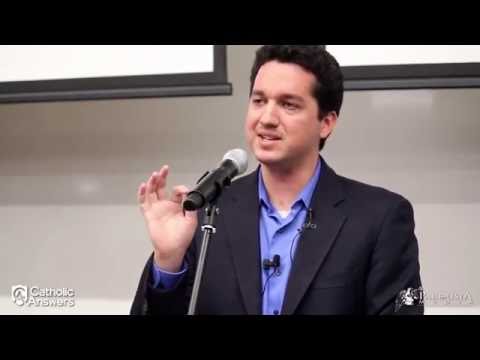 Bayes’ Theorem, Vampires, and the Bible

Can Bayes’ theorem debunk tales of vampires or books of the Bible, such as the Lucan book of Acts, identifying it as mythology as evidenced by its reporting of a slaying by an angel? Raphael Lataster, a professional in religious studies at the University of Sidney argues the affirmative for biblical literature.

Specifically, Lataster has applied what he calls Bayesian reasoning (p. 286) to falsify the report in Acts 12:21-23 of Herod Agrippa’s death as slain by an angel. This essay agrees if Bayes’ theorem can mathematically debunk books of English literature, such as Bram Stoker’s Dracula, identifying it as mythology as evidenced by its reporting of a slaying by a vampire. This essay removes any positive or negative religious prejudice by applying Bayes’ theorem to reports of slayings by vampires, whom many can agree are solely fictional. It demonstrates that Lataster’s argument is neither valid nor based on Bayes’ theorem.

To understand both Lataster’s ‘Bayesian reasoning’ as well as Bayes’ theorem, both are illustrated in this essay using a Bayesian population of human deaths, which includes ‘deaths by vampires’ rather than ‘deaths by angels’.

Before contrasting what Lataster concludes to what actually can be concluded using Bayes’ theorem, consider the logical error of equivocation by Lataster. Lataster presents an argument the subject of which is mathematical probability, but the conclusion of which is natural possibility. Lataster’s exact words are:

The inherent probability of the theory (without yet considering the available evidence, such as the reference in Acts), P(h|b), is infinitely small. Conversely, P(~h|b), is very large, rendering the possibility of h, virtually 0%.

What is probability? It is a concept within the mathematics of sets. Probability is the ratio of a subset to a set. Given a set of four coins, consisting of one dime and three quarters, the probability of a dime is one quarter, i.e. 1/4. That’s it!

Blurring the distinction between probability and possibility is the essence of a very popular form of relativism, which views truth and falsehood as probabilistic. Lataster has described the determination of truth as weighing probabilities (minute 45):

… [The] need to formulate probabilistic arguments in favor of theism, factoring in the alternatives, and doing the calculations which weigh out the probabilities.

However, this equivocation, characteristic of relativism, warrants no further consideration in this essay. The purpose of this essay is to show that Lataster’s probabilistic argument is not even in accord with Bayes’ theorem.

Lataster’s Reasoning Is Not Bayesian Reasoning

Lataster addresses a set that is divided into two subsets, (h) and (~h). The set is also independently divided into subsets, (e) and (b). It is thus, a Bayesian set. However, Lataster analyzes only subset (b). Subset (b) is divided into subsets (b,h) and (b,~h), where (b,h) / (b) is close to 0 and (b,~h) / (b) is, therefore, close to 1. However, Lataster takes these relationships within the subset (b) and gratuitously attributes them to the subset (e), the composition of which, by Bayesian definition, is independent of the subset (b).

Bayes’ theorem is a numerical data processing algorithm that is capable of processing numerical values that are 0 or virtually 0.

Note that Bayes’ theorem, Eq. 1, does not explicitly involve subset (b), the focus of Lataster’s analysis.

Lataster identifies (e) as human deaths reported in specific Christian literature, namely, the Bible or a portion thereof. (It is not clear if Lataster includes any or all the books of the Bible besides Acts. This, however, does not affect his argument.) Implicitly, (T) would be human deaths reported in the specific Christian literature plus all other human deaths, (b). Thus (T) = (e) + (b). Lataster identifies (h) as humans slain by angels and (~h) human deaths other than due to angels. (T) = (h) + (~h). Thus, set (T) is defined as a Bayesian set.

To eliminate from the Bayesian analysis any distraction to that analysis due to historical claims of Christian revelation, I am identifying (h) as deaths due to vampires and replacing Christian biblical literature with two books of English literature, namely, Dracula by Bram Stoker and Hamlet by William Shakespeare. The deaths counted in this literature are those of named characters only. In Dracula, these are the deaths of Lucy and Quincey, of whom only Lucy is killed by a vampire. Quincey is killed in a battle with gypsies, who are allies of the vampires. In Hamlet, eight named characters die. All are killed, but none by a vampire. Therefore (e) = 10, which is 2+8, while (e,h) = 1, the death of Lucy.

Parallel to what Lataster stated concerning deaths due to angels, it would be stated:

The inherent probability that anyone, as a matter of material reality, was killed by a vampire, i.e., the fraction, (b,h) / (b) is infinitely small [without considering the cited literature, (e)]. Conversely, the fraction (b,~h) / (b), is very large, rendering the possibility of h, virtually 0%. Given the inherently low value of the fraction, (h,b) / (b), there is nothing in the cited literature, (e), to overcome the conclusion that, (e,h) / (e), like (h,b) / (b), is virtually 0. We conclude that, as a matter of fact, Lucy was not slain by a vampire as reported in the book, Count Dracula by Bram Stoker.

Lataster’s fundamental error is thinking that Bayes’ theorem is a method of classifying data, when in fact it is an algorithm for processing already classified data.

This essay presents Lataster’s argument, adapted to the English literature cited, rather than to the Biblical literature cited in his essay. The literature identifies the elements comprising the subset he labels (e). The complementary subset is (b), which is all actual human deaths to date. The sum of these two subsets is the total Bayesian population of deaths, (T). Note that all deaths of the Bayesian population (T) are classified as either (e) or (b). The other independent binary division of the total Bayesian population is into the subsets, (h) and (~h). These two subsets are also definitively classified: (h) as deaths by vampires/angels and (~h) all other deaths.

From Bayes’ theorem, we know that 1 in every 10 named characters in the cited literature is killed by a vampire, but we don’t know the totals. We do know the totals are 1 and 10 from reading the literature and the 1 is named Lucy.

Raphael Lataster is equivocal in his iteration of relativism by conflating mathematical probability with possibility. However, his main error is a lack of understanding of Bayes’ theorem, just like Richard Carrier, whom he references as his guide. Lataster’s “Bayesian reasoning” contradicts the premise of Bayes’ theorem requiring independence in the definition of subsets.

This essay replaces angels with vampires and the Biblical literature with English literature consisting of Stoker’s Dracula and Shakespeare’s Hamlet. It also replaces Herod Agrippa’s death in Acts with Lucy’s death in Dracula. These replacements increase the ground of agreement by removing any disagreement that a person, such as myself, may have with Lataster about the existence and power of angels. It is thereby evident that Lataster’s characterization of the angelic cause of Herod’s death in Acts as an impossibility and as mythical has nothing to do with Bayes’ theorem or Bayesian reasoning.

Bayes’ theorem processes data as given. It cannot critique the given data. That vampires are purely fictitious does not affect the processing of data by Bayes’ theorem. The same is true for data involving angels, even if one judges angels to be mythical as does Lataster.

The greater the ground of agreement between those who disagree, the clearer their disagreement comes into focus. Thus, replacing angels with vampires and Biblical literature with English literature establishes the fact that Lataster’s “Bayesian reasoning” contradicts Bayes’ theorem. It also demonstrates that he argues falsely that Bayes’ theorem can be used to critique given data rather than be used solely to process given data algorithmically.

Lataster does not err by implicitly affirming that interpolating rationale. He errs in his implicit argument for its major premise. His argument is illogical because it denies that, according to Bayes’ theorem, the subset (e) is the independent complement of the subset (b) in forming set (T) and therefore, (e) may contain elements that are h, even if (b) does not. Lataster’s implicit and false argument is:

It is an error to extrapolate a condition within the subset (b) to the entire set (T), even if it is done unwittingly.

The post Bayes’ Theorem, Vampires, and the Bible appeared first on Catholic Stand.

Bayes’ Theorem, Vampires, and the Bible