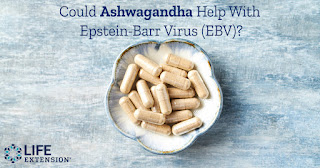 Could a common herbal supplement help those infected with Epstein-Barr Virus (EBV)? The Epstein-Barr virus is a member of the herpes virus family. Individuals with an active infection can experience fatigue, fever, and often non-specific symptoms that are generally mistaken for other common illnesses.1 Stress, illness, or other states of depressed immune system may activate EBV in individuals.2 Since ashwagandha (Withania somnifera) may help relieve stress, reduce cortisol, and improve fatigue, it could be considered a helpful option for managing the main symptoms of EBV and potentially helping to prevent viral reactivation.

Roughly 90% of the population is infected with Epstein-Barr virus.3 Many people do not present with any symptoms (i.e. the virus is latent but may activate or reactivate under various conditions). The virus mostly spreads via bodily fluids (saliva, blood, sexual contact).1 There is no treatment or vaccine against EBV. You can help prevent the spread by not kissing, sharing food or a toothbrush, etc. with someone who is sick. If you are presenting symptoms, stay hydrated, rest, and take OTC medications for pain and fever.1 EBV can also cause mononucleosis (mono) and other illnesses. EBV can be hard to diagnose, because its symptoms can be associated with other illnesses.

What Causes EBV to Become Active?

One of the most widely known supplements, ashwagandha, has been shown to improve stress markers in several clinical trials. In one randomized controlled trial (RCT) with 98 participants, it was demonstrated that ashwagandha extract reduced stress and anxiety scores, serum cortisol levels, pulse rate, and blood pressure.5 In another RCT with 64 participants, it was demonstrated that ashwagandha reduced stress scores and serum cortisol levels.6 Recently, another clinical trial in 60 participants confirmed the anxiety- and cortisol-reducing effects of ashwagandha.7 Ashwagandha may also improve fatigue: in an RCT with 75 participants, ashwagandha (in combination with a multivitamin and relaxation therapy) reduced anxiety scores, fatigue, and improved quality of life more than relaxation therapy and placebo.8 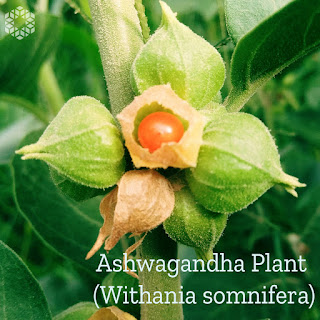 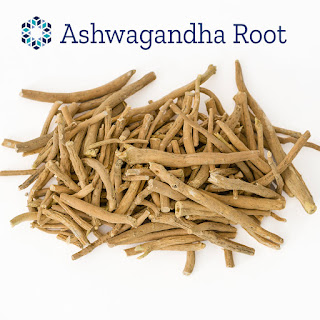 There is a need for clinical studies directly linking ashwagandha and EBV, however based on the benefits of ashwagandha, it could prove to be a promising natural way to help relieve stress and fatigue connected with EBV.

About the Author: Ashley Wyckoff, B.S., is a product operation specialist at Life Extension headquarters in South Florida. She holds a Bachelor of Science in Biology from the University of Florida. In her spare time, she enjoys hiking, reading and yoga to keep her mind and body healthy. She believes in equal access to quality healthcare and it is her goal to make it a reality.