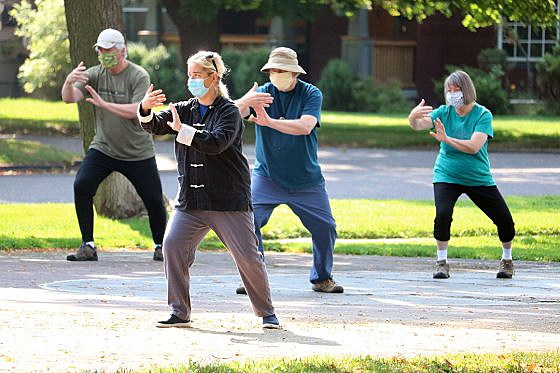 The amplification of sound in a quiet Missoula park may be freedom for some and a nuisance to others. It will be up to the City Council to decide how to strike the balance.

On Monday night, council members opened a public hearing on an ordinance regulating the amplification of sound in certain community parks. The ordinance has been on the books for 26 years but was inadvertently omitted in 2019 when the city’s park ordinances were updated.

Some don’t want to see the ordinance return while others believe it’s a necessary tool.

“Is it the intention of the city to quiet things?” said one caller, who identified himself only as Shane. “I’m mostly worried that the citizens of Missoula will be less ready to be neighbors to each other. Do we want silent parks? I would urge that we make the permitting for this free and equally available to teenagers who have boom boxes.”

Shirly Kinsey with Parks and Recreation said the city has long had a policy requiring the public to obtain a permit to amplify sound at community parks. That could be loud speakers or a bull horn needed for public events or stereos for summer parties.

The ordinance states that amplified sound is only authorized with a permit in select city parks including Bonner, Caras, Playfair, Ft. Missoula, McCormick, Silver, Bess Reed and Rose Memorial.

“I’ve received very few noise complaints over the years for use in neighborhood parks,” said Kinsey. “But the complaints I have received are pretty serious. This ordinance would provide a tool to law enforcement to help protect the rights of other park users, along with others living near city parks.”

While some questioned the need for a sound permit, others on Monday night took issue with the $48 application fee.

John Hundley, who enjoys playing instruments in Caras Park on Thursdays, believes the ordinance would make such activities illegal without a permit. He said it was his intention to “make a place better” by playing music.

“I don’t know whether or not there should be a permit, but I tend to think probably not,” said Hundley. “It would dissuade people like me from going down and making some place better with the tools I have. I think the $48 fee for someone like me, just an individual playing music in the park, would be a bit excessive.”

Most callers suggested that park users are courteous and willing to comply with the requests of other park users who feel their music is too loud or too obscene. While that may be true, the ordinance merely provides a tool to law enforcement when violators aren’t willing to cooperate.

“The only change is that the police would have a tool they could use to help protect other park users or city residents if there’s a noise complaint,” Kinsey said.

The City Council will vote on the issue next Monday night.