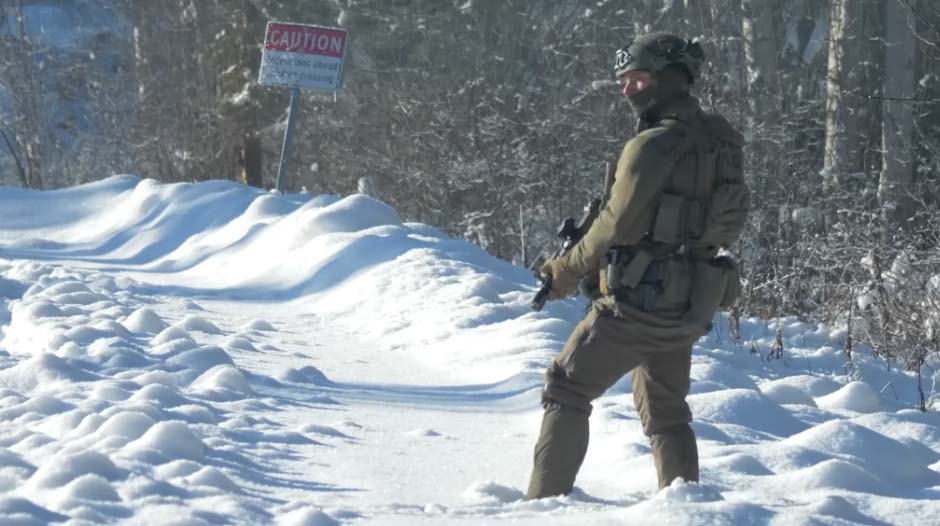 The BC RCMP is defending its decision to deploy military-style police tactical units – including snipers and heavily-armed assault teams – against unarmed Wet’suwet’en land defenders in Northern British Columbia, insisting it is “more practicable” to be over-prepared.

Last week, the BC RCMP Emergency Response Team (ERT) raided the Wet’suwet’en Coyote Camp, which was established to defend the Wedzin Kwa (Morice River) from a pipeline being constructed by Coastal GasLink. The RCMP staged similar raids in 2019 and 2020.

In response to questions about the deployment of snipers against the unarmed Indigenous group, the BC RCMP told PressProgress the Mounties always prefer to be over-prepared.

“It is more practicable to deploy resources and specialized units and then scale back if those resources are no longer required,” a BC RCMP spokesperson explained.

“As you can imagine, it is difficult to predict what types of skills sets / equipment we would require to attend to those calls.”

Despite that explanation, experts say they have concerns with the RCMP’s approach.

“Emergency Response Teams are being improperly used in suppressing peaceful indigenous protests on their own lands,” Canadian Forces College Defence Studies professor Chris Madsen told PressProgress. “Use of the ERT in this situation is improper because the protestors are clearly neither armed nor offering resistance, other than perhaps words.”

“Emergency Response Teams are present to respond with lethal force, if required,” Madsen said. “They are typically used to kick in doors to serve warrants, where the occupants might be armed or willing to use violence.”

The professor explained ERT’s were “originally formed back in the mid-1970s to deal with hostage situations.” Today, they typically consist of snipers, supportive and logistics officers, and “assaulters” – the latter using military fatigues as seen in footage uploaded by the Gidimt’en camp.

According to The Narwhal and APTN, as well as first-hand accounts from land defenders, the BC RCMP deployed snipers and canine units against Wet’suwet’en land defenders.

The ERT contingent, according to Wickham, included several busloads of RCMP officers, as well as helicopters, undercover vehicles and rental vehicles.

The group’s social media feed reported one of the young women arrested by the RCMP “held her ground for as long as she could while two sniper RCMP pointed their guns at her.”

During previous raids, Wickham said, the RCMP jammed their radio and internet signals electronically. “It would make it harder for us to communicate what was happening on the ground,” Wickham said. This time, the police destroyed their major communications lines at the checkpoint and the camp. 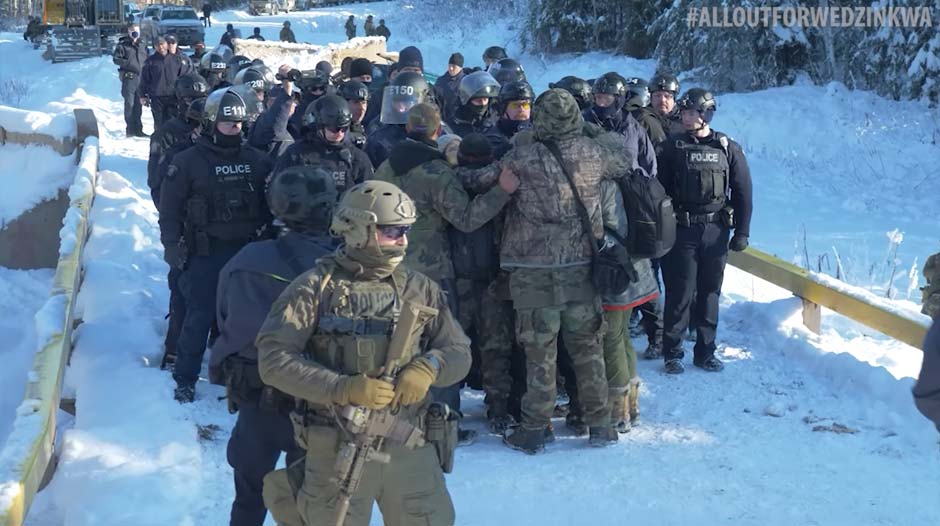 “I think it is abhorrent that they deployed so many RCMP and used so many resources at a time when British Columbia is in a state of emergency,” Wickham said. “There were people who needed to be rescued, trapped in mud slides.”

Kevin Walby, a University of Winnipeg criminal justice professor, said he believes the RCMP has been reduced to playing the role of “violent private security enforcers” for an oil and gas company.

“I think the use of the ERT and the snipers is clearly meant to intimidate and abuse. It is meant to be traumatizing.”

That view is echoed by Madsen.

“The ERT are being used as a form of intimidation to exert the political and economic interests of the state,” Madsen said, adding he thinks the RCMP commanders in charge of the operation should answer questions about the “decisions that they made.”

“The RCMP in its provincial contract policing role appears to be accountable to no one,” Madsen said, noting BC Premier John Horgan keeps pointing to the courts while the courts point to the federal government.

In September, BC’s Supreme Court refused to extend an injunction against environmental protesters at Fairy Creek, ruling that the BC RCMP’s consistently bad behaviour was damaging the reputation of the courts.

“Enforcement has been carried out by police officers rendered anonymous to the protesters, many of those police officers wearing ‘thin blue line’ badges,” the BC Supreme Court said in its decision, noting the BC RCMP’s “methods of enforcement of the court’s order have led to serious and substantial infringement of civil liberties, including impairment of the freedom of the press to a marked degree.”

“The factors weighing in favour of extension do not outweigh the public interest in protecting the court from the risk of further depreciation of its reputation.” 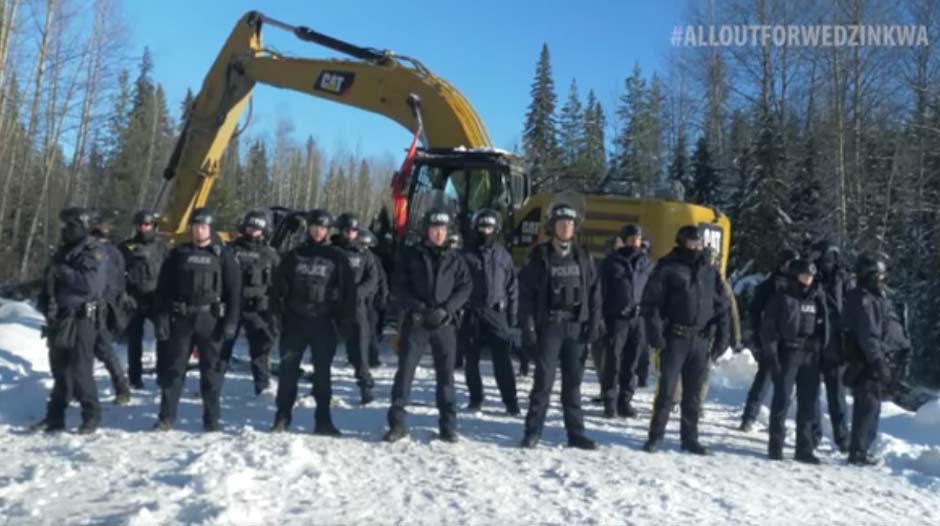 In 2019, after an earlier raid against Wet’suwet’en land defenders in which snipers were also deployed, The Guardian published leaked documents showing RCMP commanders readied officers to provide “lethal overwatch” and “use as much violence toward the gate as you want” during a raid.

After the article was published, the BC RCMP issued a lengthy press release that argued that the term “lethal overwatch” does “not indicate action other than observation with a capability to use lawful force should a threat present itself.”

CGL did not respond to requests for comment from PressProgress.