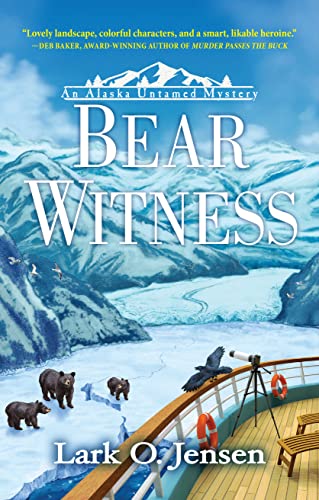 No nine-to-five cubicle career will suit Stacie Calder—the naturalist much prefers working in the great outdoors. Specifically, the spacious and spectacular Alaskan wilderness, whose rugged charms she shares with sightseers on the top deck of the tour boat where she works. But one May afternoon, Stacie’s passengers see more than glittering glaciers, frolicking harbor seals, climbing bears and soaring seabirds…they also witness a man lying dead in the frigid Alaskan waters. And it seems likely that someone gave him a fatal push.

Stacie didn’t know the unfortunate victim, but he sure wanted to know a lot about her. He spent most of his final afternoon bombarding her with questions quite awkward to answer. And when he wasn’t in her hair, he was arguing incessantly with the boat’s beleaguered crew. Which makes for a suspect list about as long as the passenger manifest. Furthermore, as police helicopters relentlessly circle her boat in search of any clues, Stacie is shaken to find herself on that suspect list.

Before the tour boat reaches shore Stacie—accompanied by her beautiful blue-eyed husky, Sasha—must deduce just who sent the testy tourist tumbling into the turgid waters and have the authorities take custody. Because if she can’t, then the killer might aim a fatal ice-cold stare at Stacie.
Character Guest Blog Post by Stacie Calder, protagonist of Bear Witness, the first Alaska Untamed Mystery, which supposedly was written by Linda O. Johnston under the pseudonym Lark O. Jensen:

Me, a detective? Even an amateur one?

That certainly wasn’t something I anticipated.

My name is Stacie Calder. I’m a naturalist by love, education and profession. I moved to Alaska a couple of years ago because of the wonderful wildlife here that is mostly different and more rampant than in the lower forty-eight. I want to see as many creatures as I can.

Even more, I love to point them out to others, and so I took on a job during the summer and warmer months at a tour boat company that sails from the Juneau area called ClemTours. I was assigned to be the primary tour guide on the ClemElk, one of the company’s six boats. My boss there is Palmer Clementos, one of the owners’ children who each captain a tour boat. All of the Clementos children are named for Alaskan towns.

I of course brought along my best friend, my wonderful husky Sasha. Her name means “defender,” and along with being a wonderful companion, that’s what she does.

And oh, how I love my job! I get to mostly stay on the boat’s top deck and use my microphone to describe where our passengers should look to get the best views of the nearby wildlife, which is often, early in the season, mama seals and their babies on ice floes. Lots of birds in the air including kittiwakes. And other wildlife visible on the near shoreline and the distance including black bears and wolves.

I enjoy working with Palmer and his assistant Steph Porter. Then there’s my own assistant Lettie Amblex, who helps narrate the tours with me. She knows wildlife well despite not having as consistent a background as I do. Others on the boat also have become my friends, though I can’t say the deckhands Rafe and Al and I are particularly buddies. But I always enjoy grabbing a cup of coffee on the lower deck from Betsy Jones, at the galley.

Then there are the passengers. It’s always fun to meet them and answer their questions and attempt to make sure their tours are fun. Only—well, there are a few who show up a lot, and I learned that some of them are studying what we do so they can open their own competing tour company soon.

And one of them—well, I noticed one day that he’d disappeared. At least I couldn’t find him on the boat, and neither could anyone else, not even when we returned to our port.

The next day, my wonderful dog Sasha, using her excellent sense of scent, discovered him lying onshore in an inlet we’d visited before. He was dead. Apparently murdered.

And since the authorities seemed to think one of us did it—most likely Palmer—I had to help find the truth.

That’s how I met Officer Liam Amaruq of a new wing of the Alaska State Troopers, when he winds up officially looking into the murder. He doesn’t like my being nosy and interfering, and yet we somehow seemed to start growing closer.

Do I figure out whodunnit? Well, you’ll have to read BEAR WITNESS to find out. 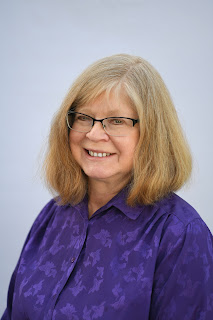