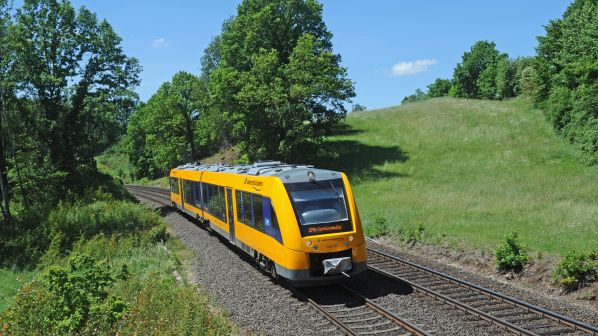 BAVARIAN Railway Company (BEG) has launched a tender for a regional services contract in east Bavaria, which is split into two lots. Applicants can bid for individual lots or both.

Lot 1 covers services in the Upper Palatine district with an annual volume of 3.3 million train-km. The contract includes the non-electrified lines:

The new timetable will consider infrastructure improvements around Regensburg, including four new stations, and increase the frequencies on some lines. The contract is flexible to take into account planned electrification, which is expected to be completed in the 2030s. The contract could ultimately include an additional 700,000 train-km annually.

The 12-year contract commences on December 14 2025, and includes three one-year extensions. The contract can also be terminated a year early and revenue risk lies with the operator. The operator must provide necessary fleets, which must have been built in or after 2000.

The five-year contract will also begin on December 14 2025, with two one-year extensions. The operator is responsible for revenue risk and must provide rolling stock manufactured in or after 1996.