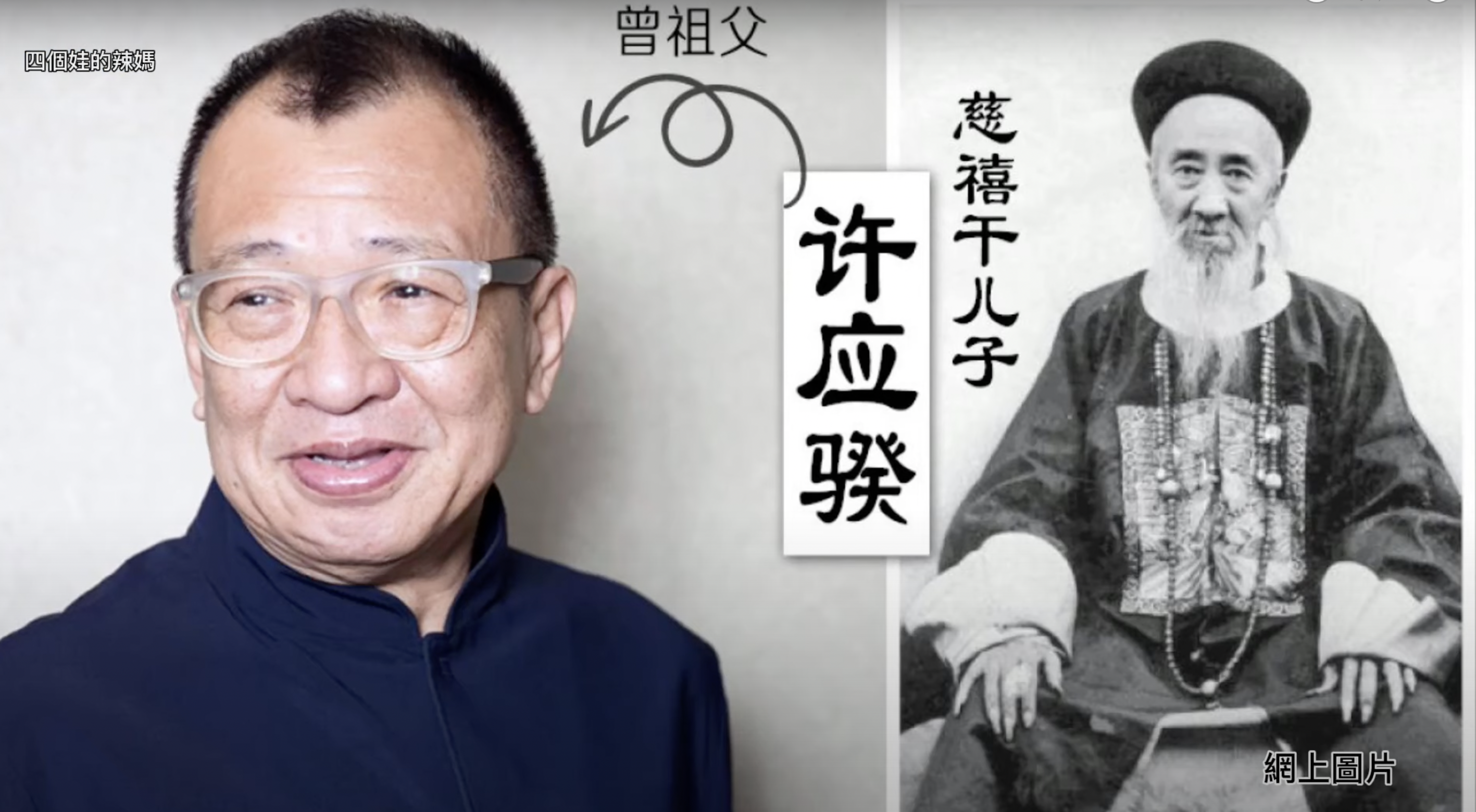 Follow us on Telegram for the latest updates: https://t.me/mothershipsg

An interview with Hong Kong actor Benz Hui that was posted back in February has surfaced again recently due to the startling revelation of the 72-year-old's connection to ancient royalty.

In a YouTube video posted on Feb. 19, Singapore-based broadcaster Avaly Chan caught up with Hui at an Yishun cafe, Cafe Bakeaholic, which Hui's daughter, Charmaine, opened in December 2020.

In the first video, the pair discuss Hui's rumoured distinguished background that emerged years ago.

It was heard through the grapevine that the veteran actor's great grandfather was the godson of Empress Dowager Cixi, and that his grandaunt was Chinese writer Lu Xun's wife, and shares the same ancestry as business tycoon Julian Hui.

When asked to verify these rumours, Hui candidly shared that he believes that his great grandfather, Xu Ying Kui, a politician in the 19th-century Qing dynasty, is Cixi's godson.

He also confirmed that his grandaunt, Xu Guang Ping, is indeed Lu's wife, which makes him Lu's grandnephew.

With regard to the rumours that his father is a goldsmith, Hui replied, "It's just jewellery."

When asked why he did not become a businessman or politician since he was born to a wealthy family, Hui gave a non-answer, "How do you define a rich man's child? If having a dollar is considered wealthy, I probably only have a cent..."

The 72-year-old rejected the notion that only those who are wealthy can work in showbiz and maintained that he worked very hard contrary to the glamorous appearance associated with being in the entertainment industry.

Hui added that while the previous generations of his family were well-off, his generation was more self-reliant.