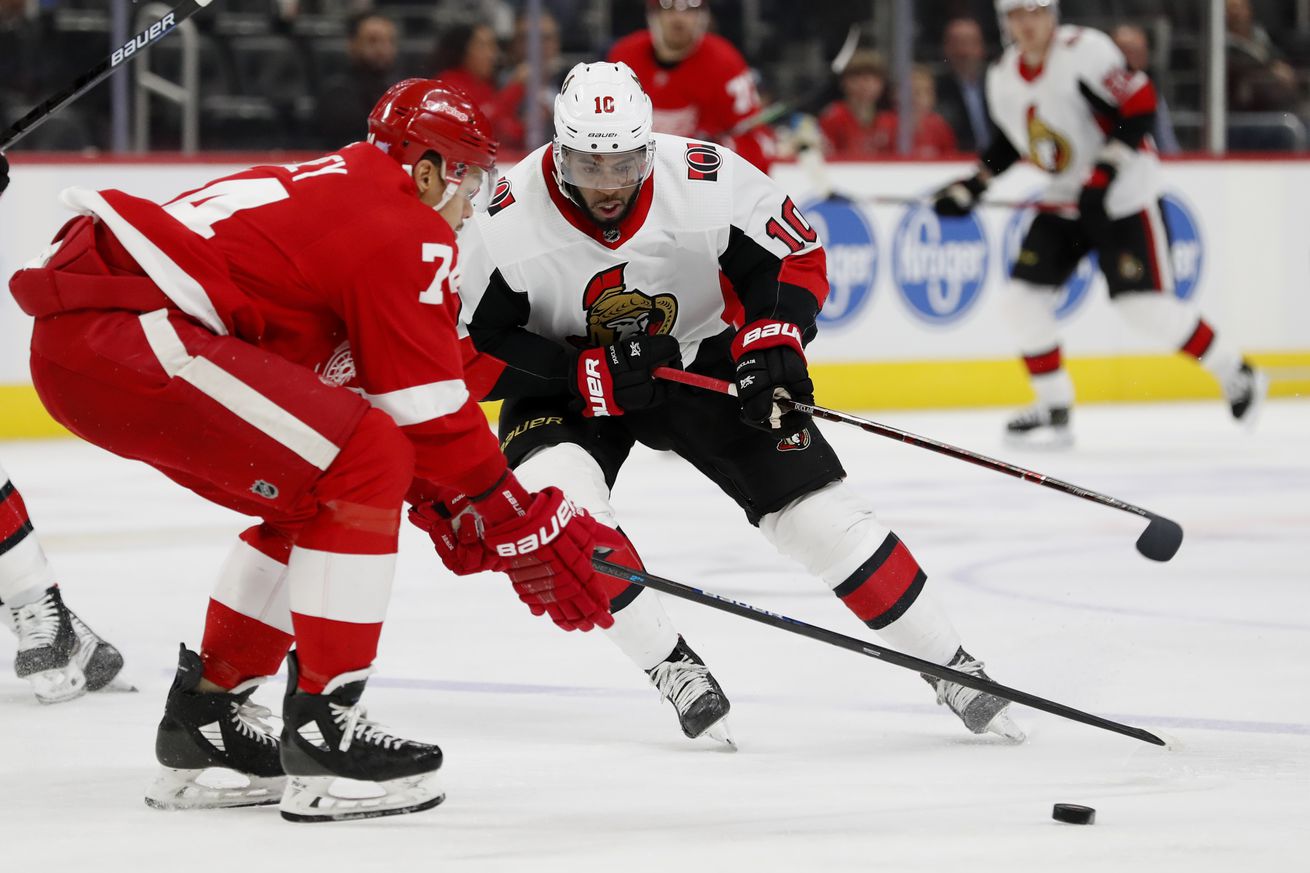 The Sens go from first to worst in terms of opponents, with a visit to the Detroit Red Wings tonight.

Lots of moving parts on the roster going in to this one. First, Nick Paul has gone back to Ottawa for treatment for his injury in Washington. Ron Hainsey had a good practice yesterday, and if he’s good again today he could be in the lineup tonight. Christian Jaros was sent back to Belleville yesterday, presumably in anticipation of Hainsey coming back in. Filip Chlapik was called up, likely due to the Paul injury. Mark Borowiecki missed yesterday’s practice due to illness, but is expected to play. No updates on Nikita Zaitsev.

Goodbye Rookie – we will miss you!

Rookie the Sens Pup has completed his year of initial training with the #Sens and will continue training with @CNIB to become a guide dog and help change someone's life. pic.twitter.com/IAvWHmVJ6r

As always, here are some stats. Courtesy of NHL.com and Natural Stat Trick: