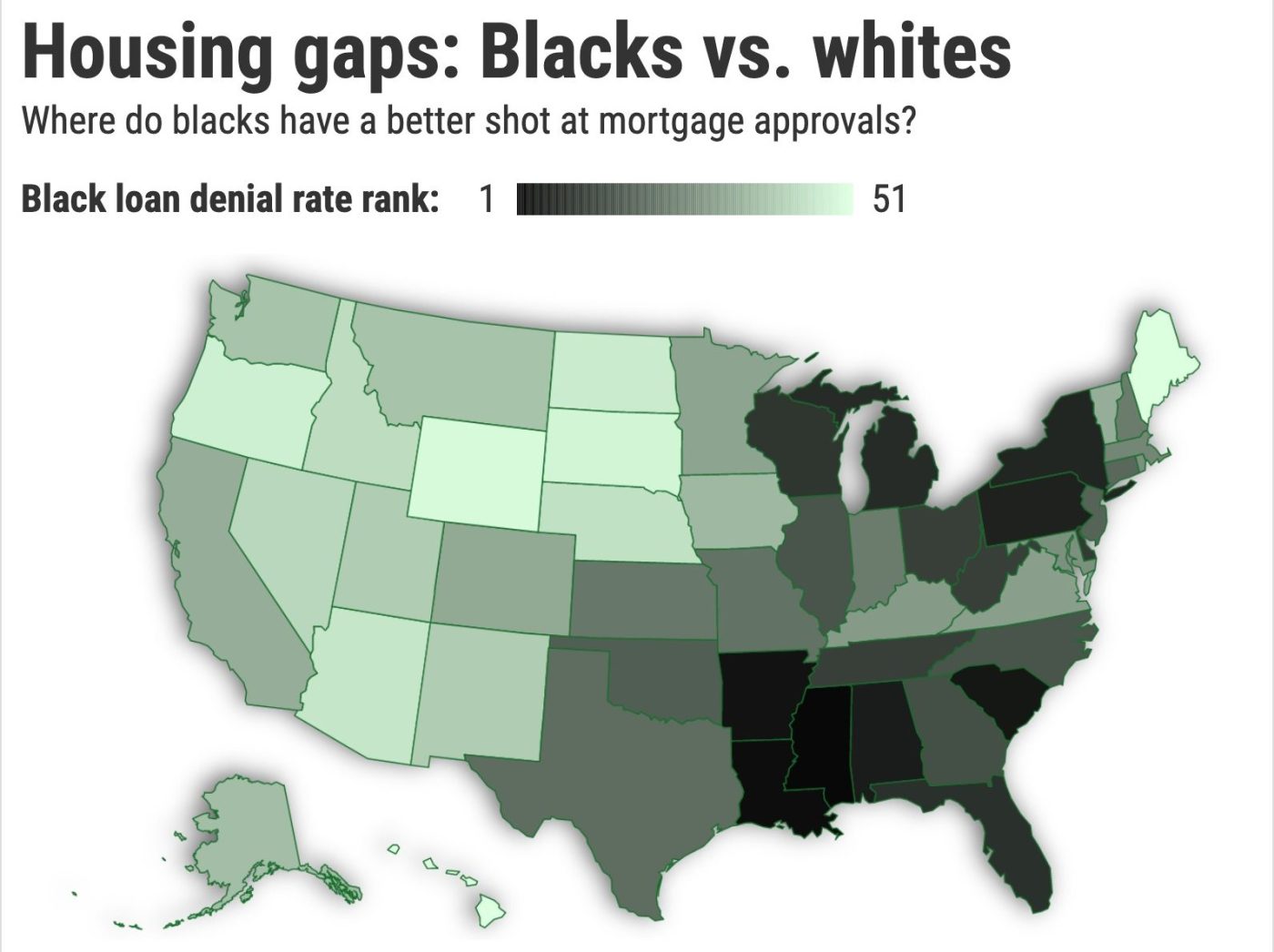 ”Survey says” looks at various rankings and scorecards judging geographic locations while noting that these grades are best seen as a mix of art and data.

Buzz: In a nod to Martin Luther King Day, let’s acknowledge that a Black household in California is 43% less likely than a White family to live in a home they own and rejected for a mortgage at a 48% faster rate.

In California, 36.2% of Black residents own their homes. That’s the 28th best rate among all the states.

Now, compare that with California’s White homeownership at 63.1%, which is well-above the Black rate but still third-lowest in the nation. Top homeownership rates in the U.S. for White households were found in D.C. at 80.5%, South Carolina at 78.7% and Mississippi at 78.2%. Worst? Delaware at 49.6% and Hawaii at 58.9%.

So, when you look at the gap between the two yardsticks, we see that a Black California resident is 43% less like to own. In the U.S., 34 states fared worse on this scale.

Numerous economic factors contribute to these differences in homeownership and mortgage-rejection rates.

Those rates translate to a Black applicant in California being 48% more likely to be rejected, the 40th biggest gap. Where did we find the largest difference? D.C. at 170%, Wisconsin at 150% and South Carolina at 126%.

Over the years, I’ve heard all sorts of arguments that today’s real estate market is “color blind” and that these kinds of stats are misleading.

So noted, but these gaps, at a minimum, reflect a huge economic gulf between Black and White households. That inequality alone is problematic.

Does the ownership game see only one color — green?

You definitely need plenty of cash and a good job to be a successful buyer. But think about other barriers such as a mortgage-making system that is based heavily on credit scores.

These credit histories typically ignore rent or utility payments — big expenses that are more likely shouldered by minorities. So their score and ability to buy suffer.

Or ponder pandemic era relief given to housing. Owners — 73% of Whites in the U.S. vs. 42% of Blacks — were well-rewarded by a government bailout of the homeownership industry.

When the coronavirus chilled the economy, fears of a real estate meltdown motivated federal action such as propping up lenders, pushing down mortgage rates and generous aid for the owners who couldn’t make their house payments. That fueled a surprising homebuying boom, creating record-setting gains in home prices.

Jonathan Lansner is the business columnist for the Southern California News Group. He can be reached at jlansner@scng.com