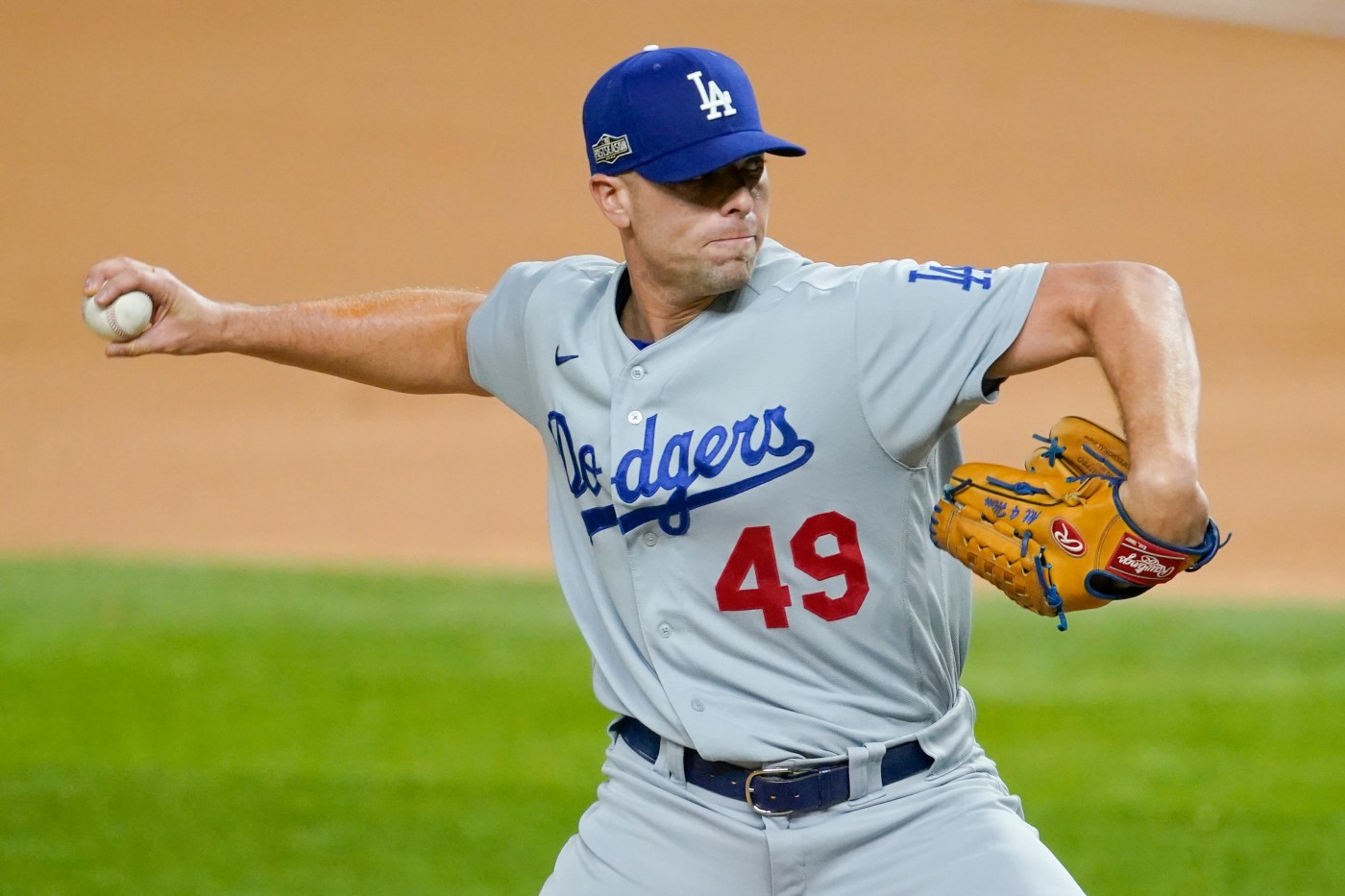 Editor’s note: This is the Friday, Aug. 14 edition of the Inside the Dodgers newsletter from reporter J.P. Hoornstra. To receive the newsletter in your inbox, sign up here.

The Dodgers entered the 2014 season a big-budget juggernaut. Their $208 million Opening Day payroll was the largest in franchise history. The Dodgers spent big on hitters. They spent big on starting pitchers. More than anything, compared to their peers, they really spent big on relief pitchers.

Kenley Jansen, Brian Wilson, Brandon League and Chris Perez were the name-brand anchors of a $32.9 million bullpen. J.P. Howell, Jamey Wright, swingman Paul Maholm and Pedro Baez did a lot of the gruntwork. Bonus points if you have salient memories of Chris Withrow, Paco Rodriguez and Jose Dominguez.

All that money invited jokes about how many former closers it takes to screw in a lightbulb. Among fans, it ratcheted up the pressure on the Dodgers to field the best bullpen in baseball. (Spoiler alert: they didn’t.) Turns out a ninth-inning specialist isn’t always as adept in the sixth, seventh and eighth innings.

This offseason doesn’t exactly feel like 2014 redux, but I can’t help but note the similarities. Jansen is still around. Two years ago the Dodgers gave Joe Kelly a three-year contract with numerous bonuses for finishing games. In December, they traded for former Brewers closer Corey Knebel and re-signed Brandon Morrow on a minor league deal. On Tuesday, Blake Treinen re-signed for $17.5 million over the next two seasons. Together, that group is owed more than $39 million in 2021, before factoring in Kelly’s performance bonuses or whatever Morrow ends up with if he makes the major league roster.

The circumstances are different now than they were in 2014, but on the surface, it looks quite similar. The Dodgers are beefing up their bullpen in a way unseen since the Ned Colletti era. Maybe they’ve assembled the best bullpen in baseball. At the very least, they’re trying.

I asked Treinen yesterday whether he was concerned about ramping up from a 60-game season to a 162-game season, and the extra workload on his arm. He wasn’t.

“I approached last year as, even when we went home from spring training, I’m going to throw two or three bullpens and make ’em heavy,” Treinen said. “That way this year isn’t affected by a shortened season. I was throwing to kids at the community college. I was throwing heavy bullpens, trying to make sure this season doesn’t take a hit because of last season. It’ll be interesting to see how it plays out this year.”

One interesting wrinkle to the new season will be how the Dodgers, and every team, divide innings between starters and relievers. Pitchers who didn’t throw as aggressively as Treinen when the 2020 season went on hiatus will be subject to plenty of “workload management.” Walker Buehler didn’t throw during the hiatus, then tossed 61⅔ innings between the regular season and the postseason. Right now I have no idea where to place the over-under on his 2021 innings limit.

Taking it one step further: If you’re projecting a rotation of Buehler, Clayton Kershaw, David Price, Julio Urías, Dustin May and Tony Gonsolin, what percentage of the Dodgers’ total innings will those six pitchers throw? Might it be less than 50? The answer won’t be revealed until September. In the meantime, it’s a storyline to watch. How teams manage their pitchers to maximize performance and avoid injury should be a separator in the standings.

That it’s even possible starters will throw fewer than half of a team’s innings in 2021 points to the heightened importance of bullpens. Unless more teams turn to a six-man rotation, relievers will be expected to perform more heavy lifting than usual. When I wrote about the merits of re-signing Treinen in December, I noted his special sinker-slider mix and the importance of having an insurance policy if Jansen falters. Now that Treinen is back, as is Morrow, and Knebel is a Dodger, and so is Tommy Kahnle (who’s more likely to debut in 2022), there’s some additional context to consider.

Protecting the workload of the Dodgers’ starting pitchers looks like even more of a priority now than it did a month ago, to say nothing of 2014. It’s easy to see why. The third and fourth guy on every bullpen’s depth chart will be more important than ever in 2021. That’s why rumors linking Kirby Yates and Brad Hand to the Dodgers can’t be dismissed, well, out of hand. There might be more moves coming to the Dodgers’ new bullpen juggernaut.

Editor’s note: Thanks for reading the Inside the Dodgers newsletter. To receive the newsletter in your inbox, sign up here.