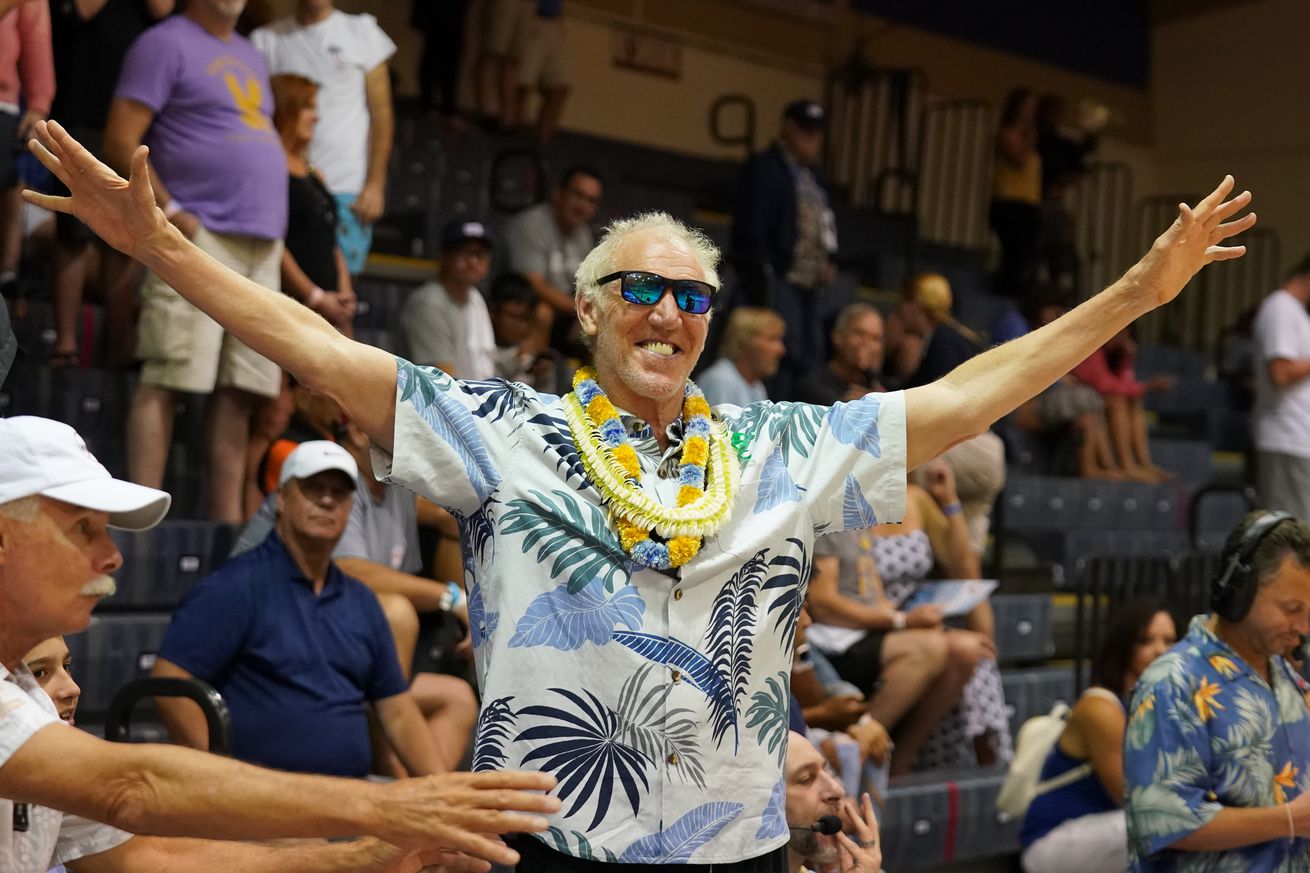 Wisconsin in not-Maui, Northwestern with a chance to WIN a tournament? Come chat this nonsensical week of B1G hoops.

Got all this? The hoops are coming hard and fast today, because it’s FEAST WEEK.

Here’s what you can expect if you’re one of the lucky ones who took/got time off to start the revelry of college basketball on Monday afternoon:

Schedules for all these tournaments (actual brackets) found in the Google Sheet below. I didn’t decide that was a good idea until I finished the men’s brackets—and I’d already done the women’s. I’ll circle back to those if I have time before I have to go teach about how the Rainbow Coalition was a thing...and then Bill Clinton happened.

All times CT. No Bill Walton calling any of these games, per ESPN’s press release. No idea if he’s still with the network.

So UW should beat aTm, unless Buzz Williams (who knows the Badgers from his days back at Marquette) decides to play zone, then all bets are off. Jonathan Davis is cleared to play, and that should help. So long at Wisconsin avoids going 0-2 and running into Chaminade, even 1-2 is tolerable. Though 2-1 would sure be nice, regardless of whether it’s by a 3rd or 5th place finish.

This is going to be a challenge for the Buckeyes, who looked pretty disorganized against Xavier and who in general haven’t been very impressive. For one, Seton Hall has two real centers including Ike Obiagu, who appears to only exist to block shots. They also have five guys currently shooting 40% or better from three. That doesn’t include Jared Rhoden, who Michigan had all sorts of problems with.

The Buckeyes are likely to stay on the struggle bus.

Notes on the Hall of Fame Classic: We’ve got Illinois (2-1, KP 5) taking on Cincy today (4-0, KP 97), then the winners and losers playing their counterparts of the Arkansas Razorbacks (3-0, KP 23) and Kansas State Wildcats (2-0, KP 85). Somehow, Bruce Weber is still the coach at K-State, so fingers crossed that matchup happens for Thump’s sake.

MNW: Welcome back, Kofi Cockburn! Have you “learned” your “lesson”?

Kofi will hit the court against a Bearcats team we know nothing about because they haven’t played anyone who’s actually good—that’s perhaps disrespectful to Tom Crean and Georgia, but I don’t care.

The Bearcats don’t shoot it terribly well but get after it on the offensive glass and spread the ball around on offense with guards Mika Adams-Woods and David DeJulius. I’m really just intrigued to watch the Bearcats’ centers, 7’1” Hayden Koval or 6’11” Ivan Drago Viktor Lakhin, take on Cockburn.

misdreavus79: Wrong Big Red, perhaps? Anyway, while Cornell is 4-0, they were slated to finish seventh in the Ivy League, good for second-to-last. Unless the, um, Big Red, surprises everyone this year, this should be another game in which the Nittany Lions hash out some personnel issues, cut down on turnovers, and overall work on the offensive and defensive identities Micah Shrewsberry is trying to instill, before the Big Boys all come knocking in the next few weeks.

Also if Jalen Pickett and Jaheam Cornwall want to, like, start to shoot at any modicum of a decent clip this season, maybe use this game as that springboard?

RU in VA: Gonna let you in on a little secret here. Rutgers isn’t gonna cover.

MNW: Much as I'm rooting for hilarity here, Western Michigan has already distinguished themselves in 2021 by losing to D-II Saginaw State. So maybe find something else to do.

Preview (MNW): What I’m most excited for here is to see Northwestern play a team with a good big man. Nate Watson will be an excellent test for Ryan Young (and Pete Nance) inside, while our old friend Al Durham has been a good volume scorer for the Friars, if underwhelming with his accuracy.

Listen to me, talking myself into Northwestern winning this one. I think the ‘Cats go 1-1 in Newark, but a win over Prov might have Northwestern starting to show up on the fringes of bracketology. Premature? Sure. But who knows a damn thing at this point.

Here's your open thread for the day's hoops! A full-ish schedule below. We're still calibrating our Feast Week calendars, but it's my last day of teaching for the week, so this time tomorrow I'll for sure be on the couch with a beer.

Yes, after I finish raking the leaves.