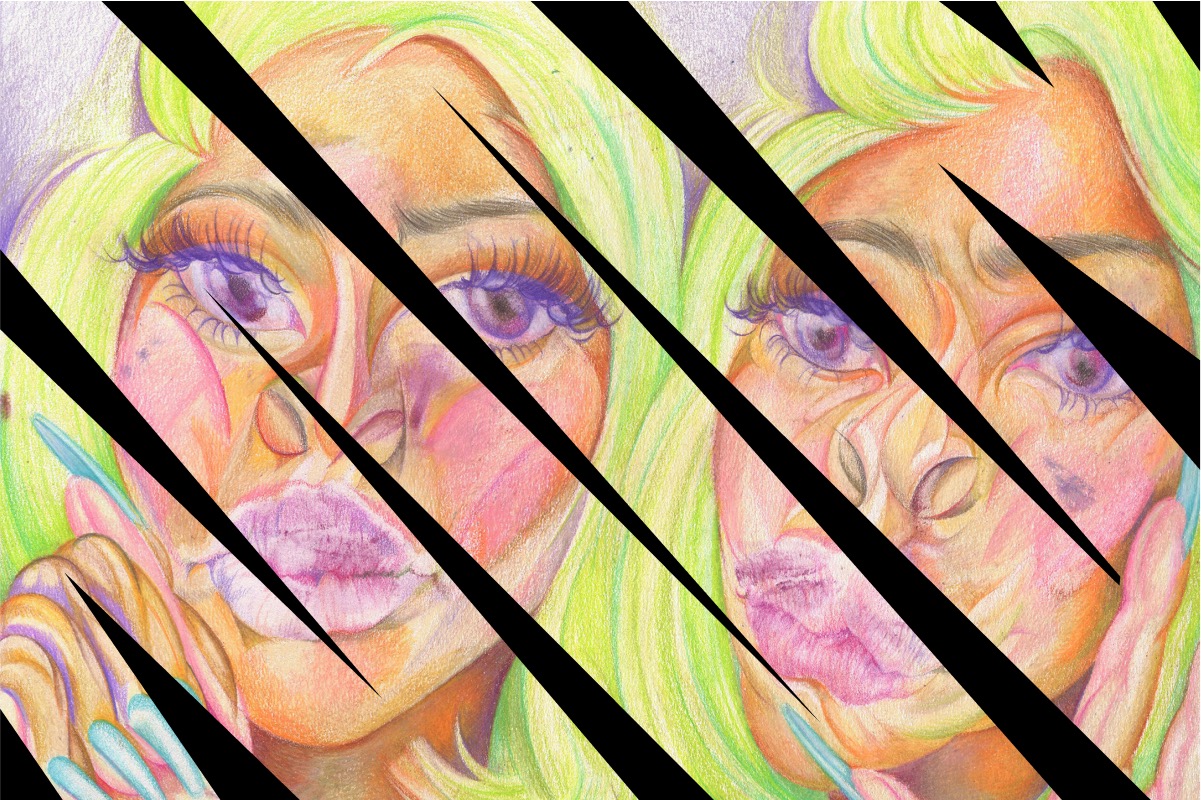 This January, Artsy is launching a series of three features to spotlight the trends we’re watching in 2021. Using our internal data, each of these features reflects a theme we saw emerge during the end of 2020 that we expect to take hold across the contemporary art world in the year ahead. This week, we share the third installment, “Colored Pencil Revival.”

One of the less obvious effects of COVID-19 has been the disruption of many artists’ typical practices. With social distancing measures in place, many have been unable to safely access studio buildings or communal workspaces. Some artists have even found themselves stranded in foreign countries due to travel restrictions. In order to stay creative, many artists have been making due with what they have on hand. The ever-versatile, accessible, and easily transportable colored pencil, it seems, has become a go-to medium.

While colored wax crayons have been around since as early as 500 B.C.E., colored pencils as we know them weren’t invented until the 19th century, when they were used for the utilitarian purposes of marking and checking written copy. Decades later, the material was adopted for artistic use, with companies like Faber-Castell producing artist-grade 60-color sets. Though it’s a fairly traditional medium, the colored pencil has remained squarely within the arsenal of many artists working today due to its vast graphic possibilities and practicality.

The 10 contemporary artists featured here are creating works that are reviving the medium of colored pencil. 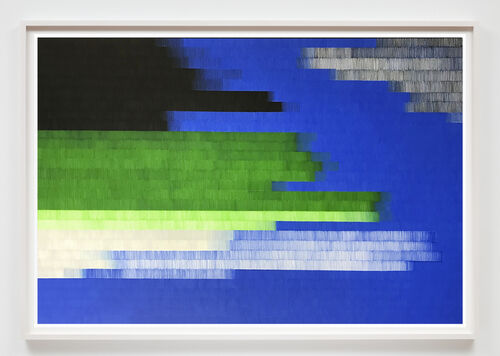 Zipora Fried’s meticulous work in colored pencil puts the material’s nuanced tactility to full use, playing with its wide gradient of opacity in stripes of color. With each individual stroke articulated, Fried’s work has the effect of a deconstructed color-field painting and is reminiscent of Agnes Martin’s more subdued compositions. In 2019, Sikkema Jenkins & Co. debuted its inaugural solo exhibition of Fried’s work with a suite of drawings that the artist had executed during an extended stay on Lamu Island in the Lamu Archipelago of Kenya. Inspired by the vibrant flora and fauna on the island, these drawings radiate with vivid color palettes.

Described by the gallery as “monuments,” many of these colored pencil drawings take the artist several months to complete. This endurance and labor-intensive process is a hallmark of Fried’s practice which, in addition to her drawings, also includes work in sculpture and photography. 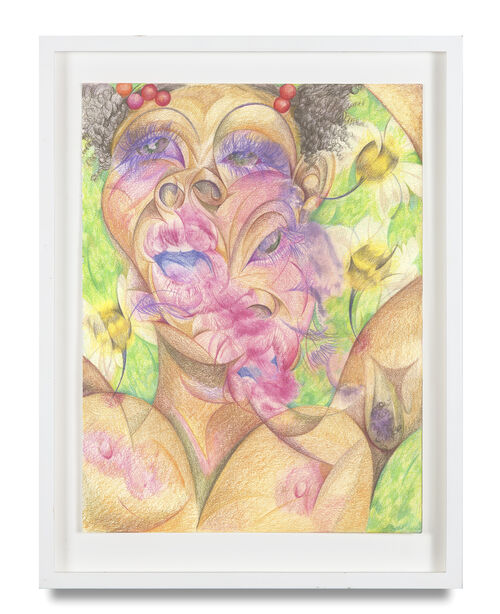 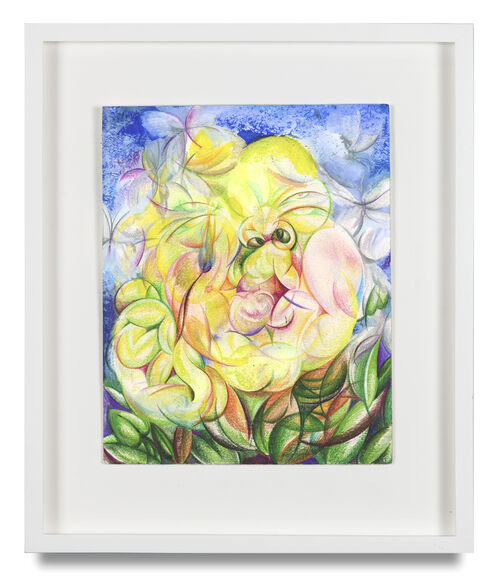 Like Moths to a Flame, 2020.
Skye Volmar
Kohn Gallery

In Skye Volmar’s disorienting portraits and drawings of flowers, colored pencil is used to illustrate multitudes, with different perspectives and gestures undulating in and out of focus within a single frame. These psychedelic compositions feel as though they’re constantly in motion. “It’s difficult, if not disruptive, to create a fixed image of a person,” Volmar said in an interview with Paper in October 2020, explaining why she chooses to convey such fractured likenesses of her subjects. “Do we think of ourselves as insides, outsides, or everything around and in-between?” she asked. “Are we as we identify, as we’re identified, both or neither? In other words, do we choose ourselves or do ourselves choose us?” 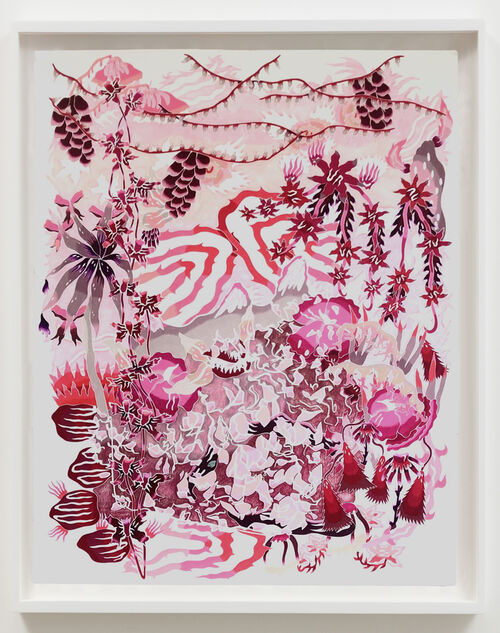 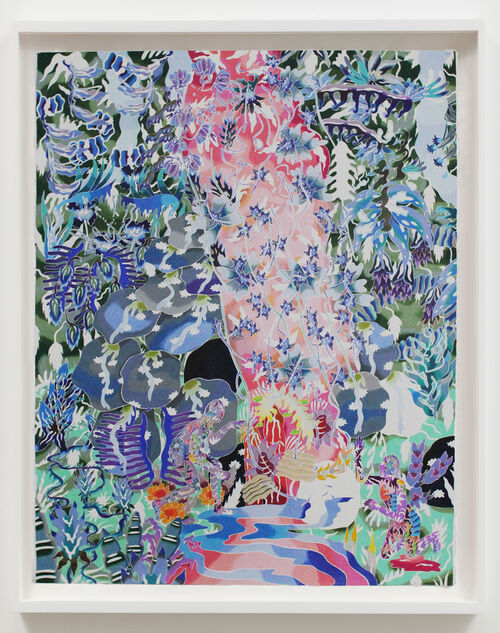 Bursting with color and alien shapes, Sarah Ann Weber’s mixed-media works use colored pencil and sometimes watercolor to create scenes that are densely populated with surreal plants and ghostly figures. Patterned with pink and purple venus flytraps, giant ferns, and fields of technicolored cacti, Weber’s drawings explore growth and entropy and often evoke the landscapes of Southern California. In a recent interview with Circle Foundation for the Arts, Weber explained that she intends for her work to “foster the hallucinatory experience of seeing a mirage.”

Lives and works in Paris. 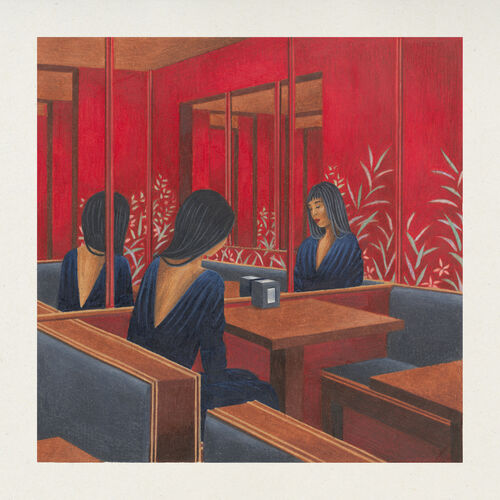 A graphic designer and illustrator by trade, Lucile Gauvain began making her own personal work only recently. Drawing inspiration from her time working in film and surrounded by otherworldly sets, her drawings toe the line between fantasy and reality, depicting people doing ordinary things in extraordinary, often surreal settings. Her rich application of color and attention to intricate detail often give her drawings a painterly quality.

Gauvain has recently worked as a graphic designer for Wes Anderson’s upcoming film The French Dispatch, and as a concept artist for Julian Schnabel’s 2018 Vincent van Gogh biopic At Eternity’s Gate. 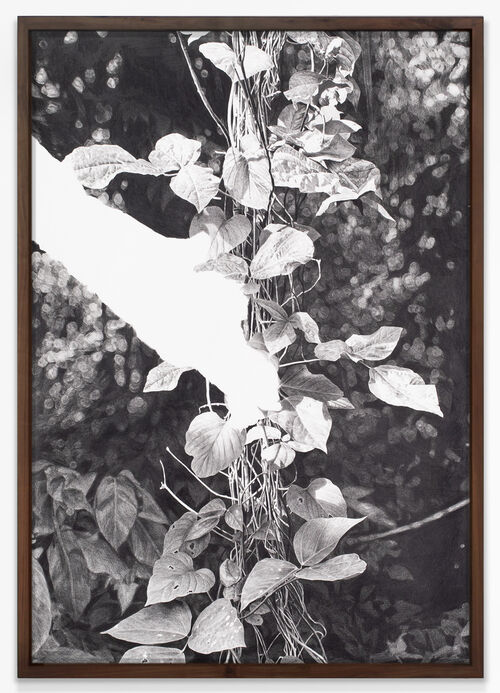 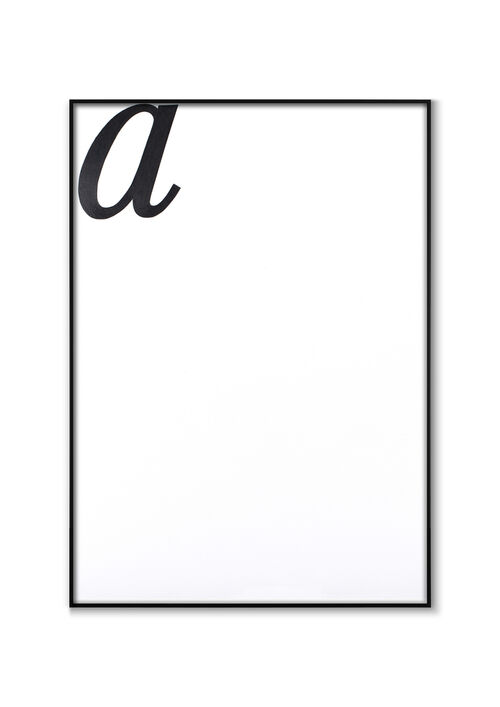 At this past year’s virtual Art Basel in Basel, Galería OMR in Mexico City presented a suite of recent works by Méndez Blake, including one from an ongoing series exploring the concept of the library. Titled “Biblioteca de la exploración,” the works in this series investigate the expeditions of Colonel Percy Fawcett, an English explorer who got lost trying to find an ancient city within the Amazon jungle. Conveying the daunting impossibility of finding one’s way through the Amazon, Méndez Blake created an enormous drawing of the lush rainforest. Through the dense foliage, one can make out what appears to be a towering bookshelf far out in the distance. 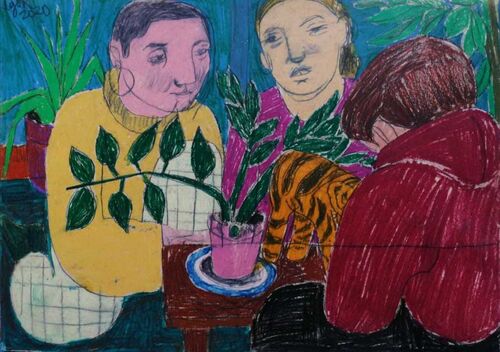 Texture is the name of the game when it comes to Igor Moritz’s use of colored pencil. Every energetic mark is made plainly visible, giving his portraits a sense of immediacy and playfulness, as though the artist were filling out a coloring book. Reminiscent of modernists like Matisse and Picasso in composition, Moritz’s bold and unexpected application of color brings these works into the present.

A self-taught painter, Moritz has quickly become an artist to watch since graduating from Bournemouth University’s industrial design program in 2019. In the past few years, he has already mounted solo shows in Paris and Montreal; his work has also been exhibited at art fairs including London Art Fair, Pulse Art Fair Miami, and Seattle Art Fair.

B. 1976, Torrance, California. Lives and works in Los Angeles. 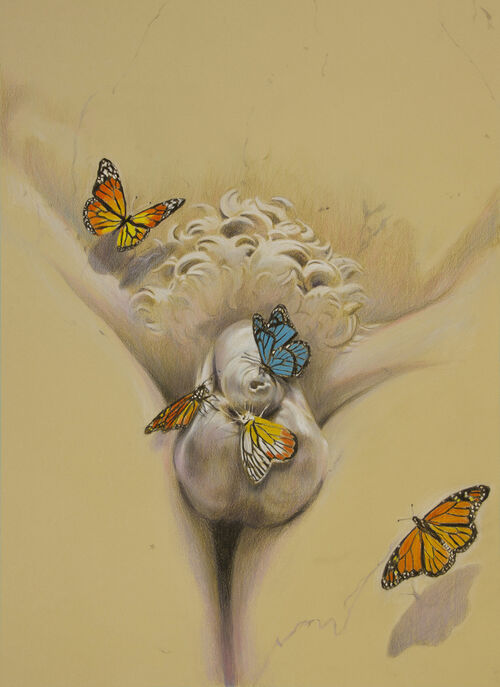 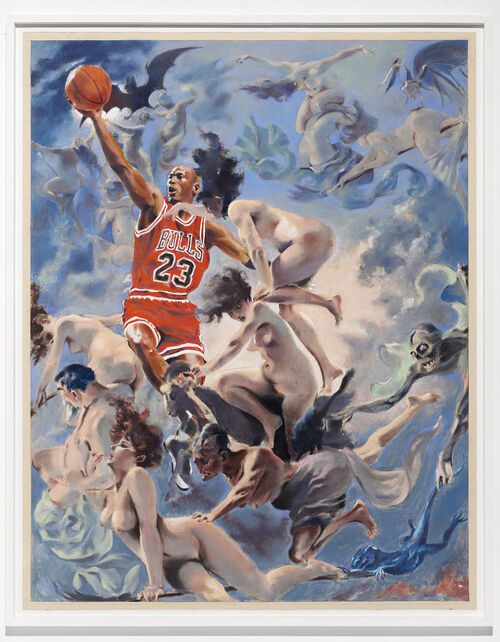 These visual metaphors offer witty cultural and political commentary. Ahead of the 2020 U.S. election, Yahnker drew Trump’s likeness into a melting candle, titling the work Burnout (Is It Over Yet?) (2020). 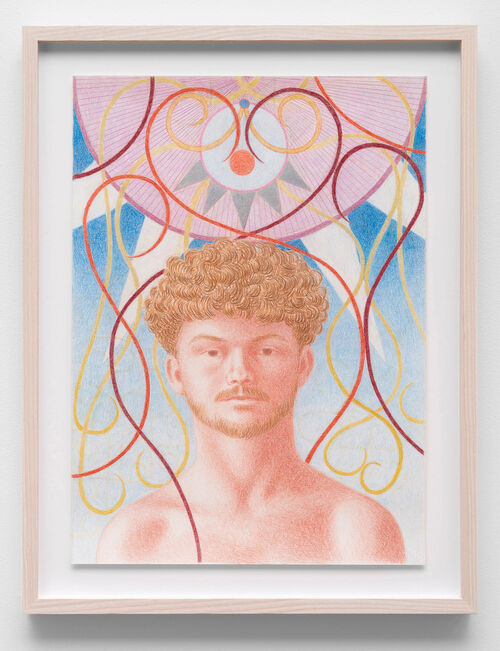 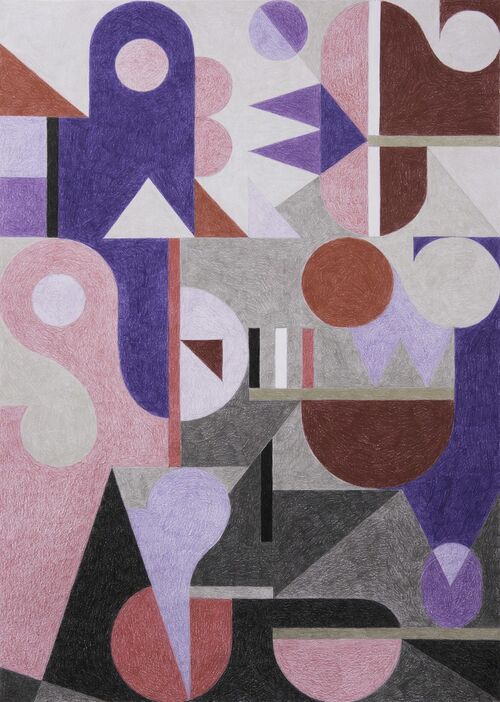 Infused with symbols and occult references, Elijah Burgher’s work explores and celebrates sexuality and queer culture, incorporating religious iconography and plumbing the depths of queer abstraction. In each work, Burgher spells out wishes and intentions using sigils that either stand alone or surround intimate, tender portraits of his friends. Colored pencil is applied using soft, gentle strokes that achieve a luminous quality, as though radiating light.

These deeply spiritual works were on view this past fall at Chicago’s Western Exhibitions in a solo show titled “Until the beasts and all the mountain are wild with divinity.” 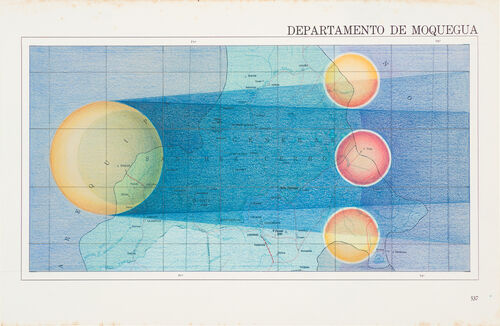 In 2020, Damiani began a new series of works during Lima’s mandatory COVID-19 lockdown. Confined to working with what she had on hand, Damiani started to draw intimate, meditative diagrams that illustrate imagined cosmologies. Inspired by scientific drawings of celestial mechanics and light radiation, this new series transports us to the universe beyond quarantine, creating a sense of wonder. The drawings were recently exhibited as part of a group show at Selma Feriani Gallery. 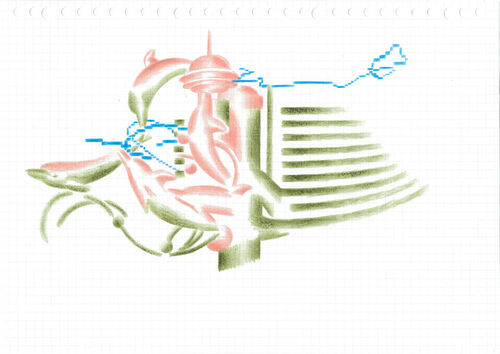 Cui Jie’s futuristic renderings of impossible office buildings and furniture reimagine city life in China as the nation continues to undergo a period of rapid urbanization. Mimicking the precision and sleekness of industrial renderings, Cui’s drawings feature pink and green dolphins bursting out of towers and modernist architecture springing forth from the arm of an office chair. Executed on torn-out graph paper, the works look as though they were the absentminded doodles of a corporate office worker in the year 2200.

Cui bases many of her drawings on models of Chinese cultural landmarks of the 1980s and ’90s that have since been demolished. The surreal shapes that surround these structures take inspiration from Wassily Kandinsky’s synesthetic approach to art, in which visual forms are influenced by sound and vice versa.