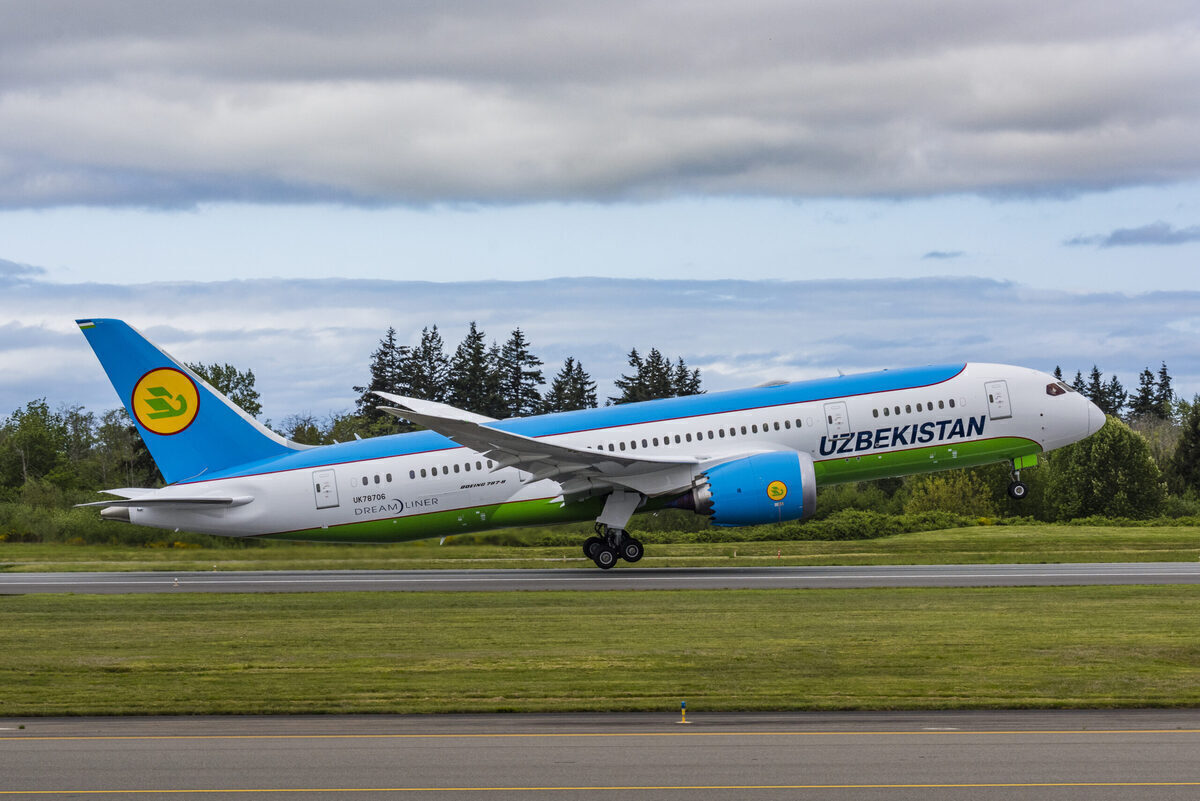 Boeing Delivers Aid To Uzbekistan On A Brand New 787 Dreamliner

Boeing has worked with Uzbekistan Airways to deliver humanitarian aid to the flag carrier’s home nation. The assistance was flown out to Uzbekistan when the American plane manufacturer delivered the national carrier’s new Boeing 787-8 Dreamliner.

Boeing is no stranger to humanitarian flights. Last year the manufacturer’s modified Boeing 747 Dreamlifter transport aircraft were commandeered to fly medical masks to the United States of America. The aerospace giant has also been known to deliver aircraft full of medical aid, killing two birds with one stone. This is precisely what happened yesterday when Boeing delivered a brand new 787 Dreamliner to Uzbekistan Airways.

Yesterday Uzbekistan Airways took delivery of its 7th Boeing 787-8 Dreamliner (including one used by the country’s government for VIP transport). According to data from Planespotters.net, the aircraft, UK78706, is 1.3 years old, having taken its first flight in January 2020.

According to Boeing, the aircraft wasn’t delivered empty, as is usually the case with new jets. Instead, it was filled with hospital beds, mattresses, and wheelchairs. These will be delivered to the Aral Sea region of Uzbekistan to help medical professionals treat the most vulnerable members of the country’s population.

Boeing states that people living in this region have high incidences of disease and some of the world’s highest infant mortality rates. The aid itself was donated by Project C.U.R.E. and consisted of eight pallets of goods. In addition, Boeing donated $100,000 to support the project. Meanwhile, the shipment of goods was likely free, as the aircraft was flying to Uzbekistan anyway.

According to data from RadarBox.com, the aircraft departed from Boeing’s Everett facility at 10:30 yesterday morning. Following a 12-hour eight-minute flight at 41,000 feet, the jet touched down in Tashkent at 11:01 the next day.

Commenting on the flight, Javlon Vakhabov, Ambassador of the Republic of Uzbekistan, said,

“I would like to express my gratitude to Boeing for their support in making the shipment of humanitarian aid possible directly from Seattle to Tashkent. This humble collaboration of Uzbekistan Airways, Boeing, and Project C.U.R.E. with the sole aim of helping people in need is a vivid testimony of pure friendship and solidarity. It is my firm belief that the generous donations of the American people will find their best use in Uzbekistan’s hospitals.”

Not Boeing’s first such flight

In October, a new Boeing 787-9 Dreamliner was flown to Ethiopian Airlines with 20,000lbs of medical and family supplies onboard. To date, Boeing has operated over 200 aid flights since the Humanitarian Delivery Flight Program was launched almost three decades ago in 1992.

What do you make of Boeing’s humanitarian delivery flight to Uzbekistan? Let us know what you think and why in the comments below!

Boeing Delivers Aid To Uzbekistan On A Brand New 787 Dreamliner